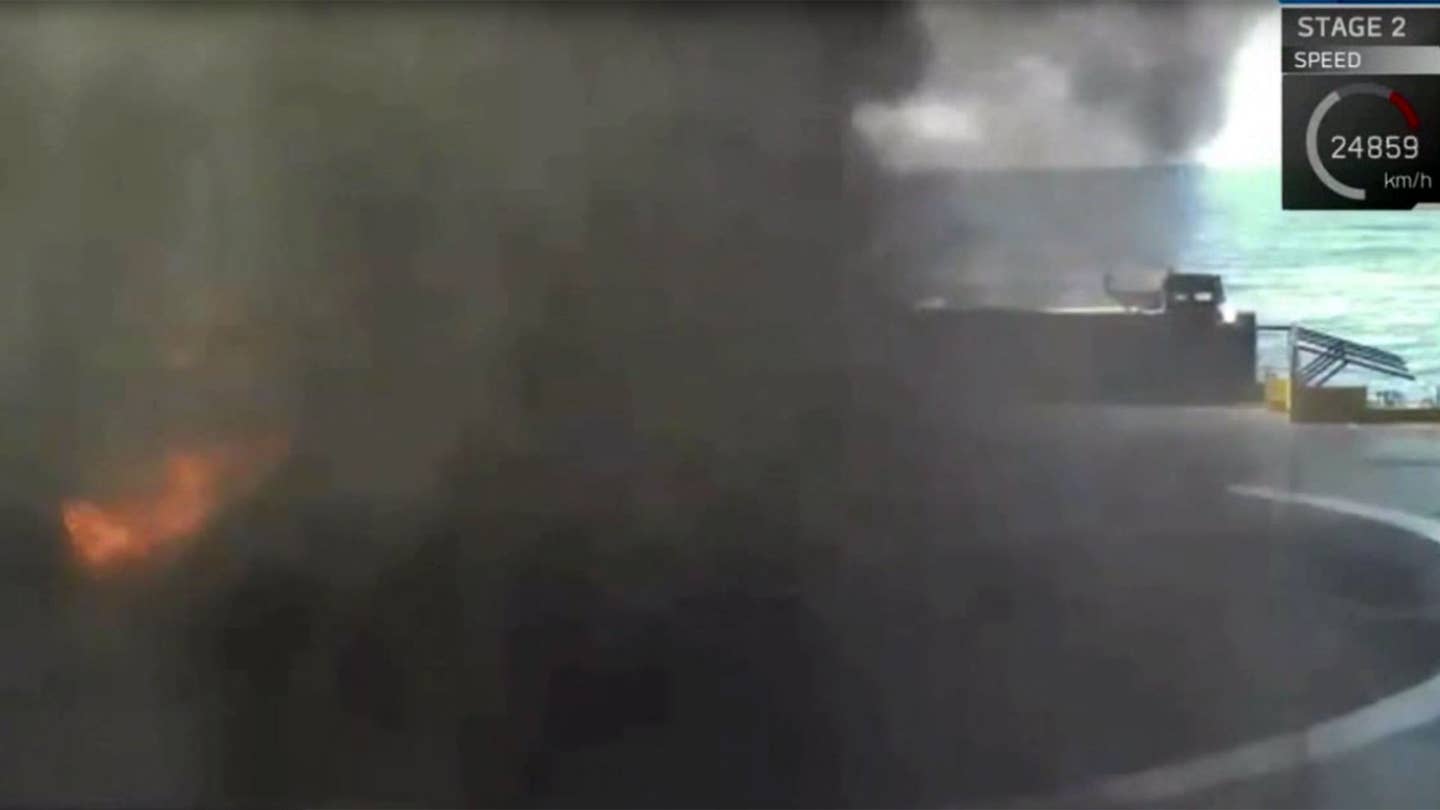 A SpaceX rocket appears to have crashed and burned during landing on an ocean-going barge this morning, shortly after successfully launching a pair of communications satellites into Earth orbit.

Live video footage of the first stage of the Falcon 9 rocket landing on the unmanned barge showed a glimpse of fire, smoke, and what appeared to be a mangled rocket moments before the feed cut out. The booster has reportedly been classified as "lost."

SpaceX CEO and compulsive Twitter user Elon Musk confirmed the loss of the Falcon 9 rocket on his preferred social medium.

Musk added that it appeared the rocket crashed because one of its three engines was producing insufficient thrust. The rapid deceleration needed for landing on the drone barge requires all engines to be running at maximum power, the CEO said, but the company is working on upgrading the rockets so it can land successfully even if an engine loses power.

Up until the accident, the Falcon 9's flight appears to have been uneventful. It took off from Cape Canaveral at 10:29am EDT, with the reusable first-stage separating from the payload-packing second stage roughly two and a half minutes after liftoff. Both telecom satellites aboard the second stage were successfully deployed into orbit.

As of today, SpaceX is three for eight on successful Falcon 9 barge landings, giving it a .375 batting average.