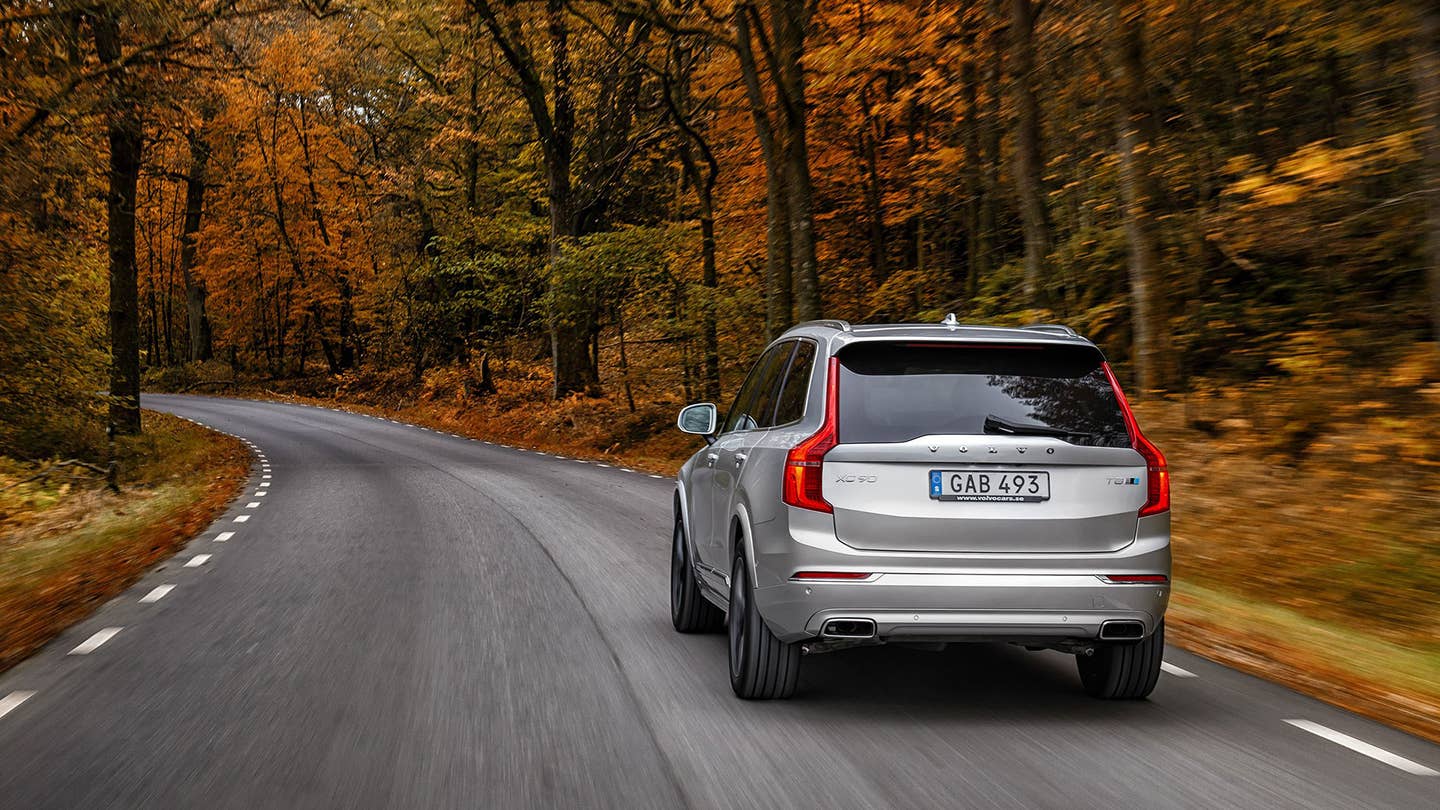 Thanks to a little help from the crew at Polestar, the four-cylinder, gas-electric hybrid XC90 sport-utility vehicle has just become the most powerful vehicle in Volvo production car history. We live in strange and fascinating times, friends.

With the so-called Polestar Performance Optimization package, the total output of the Volvo XC90 T8's triple-boosted powertrain (it's turbocharged, supercharged, and hybridized) rises to 415 horsepower and 502 pound–feet of torque, increases of 15 ponies and 30 lb.–ft. over the regular XC90 T8 hybrid. People who enjoy memorizing the acceleration times for plug-in hybrid SUVs will be thrilled to learn the XC90 T8 Polestar will run from 0 to 62 mph in 5.5 seconds.

Polestar didn't just crank up the engine and call it a day, however. Volvo's performance division also reprogrammed the gearbox to better hold gears when hustling through corners, as well as tweaking the throttle response. We also hope the division will give the latest XC90 a crack at that sexy Polestar blue paint, but that remains to be seen.

Choosing to Polestar your XC90 doesn't mean kicking sand in the environment's eye, either, as the carmaker says the performance model is just as efficient as the regular T8. Volvo didn't mention figures for the U.S. market specifically, but assuming that holds true here, the plug-in Polestar should turn in mpg-e figures of 53 city and 54 highway—not bad for a luxury SUV that can run with an EcoBoost Mustang from zero to highway speed.

Volvo did have one piece of news aimed at Stateside customers in particular, though: The XC90 T8 Polestar will go on sale in the U.S. market in October of this year. We'll take ours with the arm brown Inscription leather interior, tack. (That's Swedish for "please," in case you didn't know.)