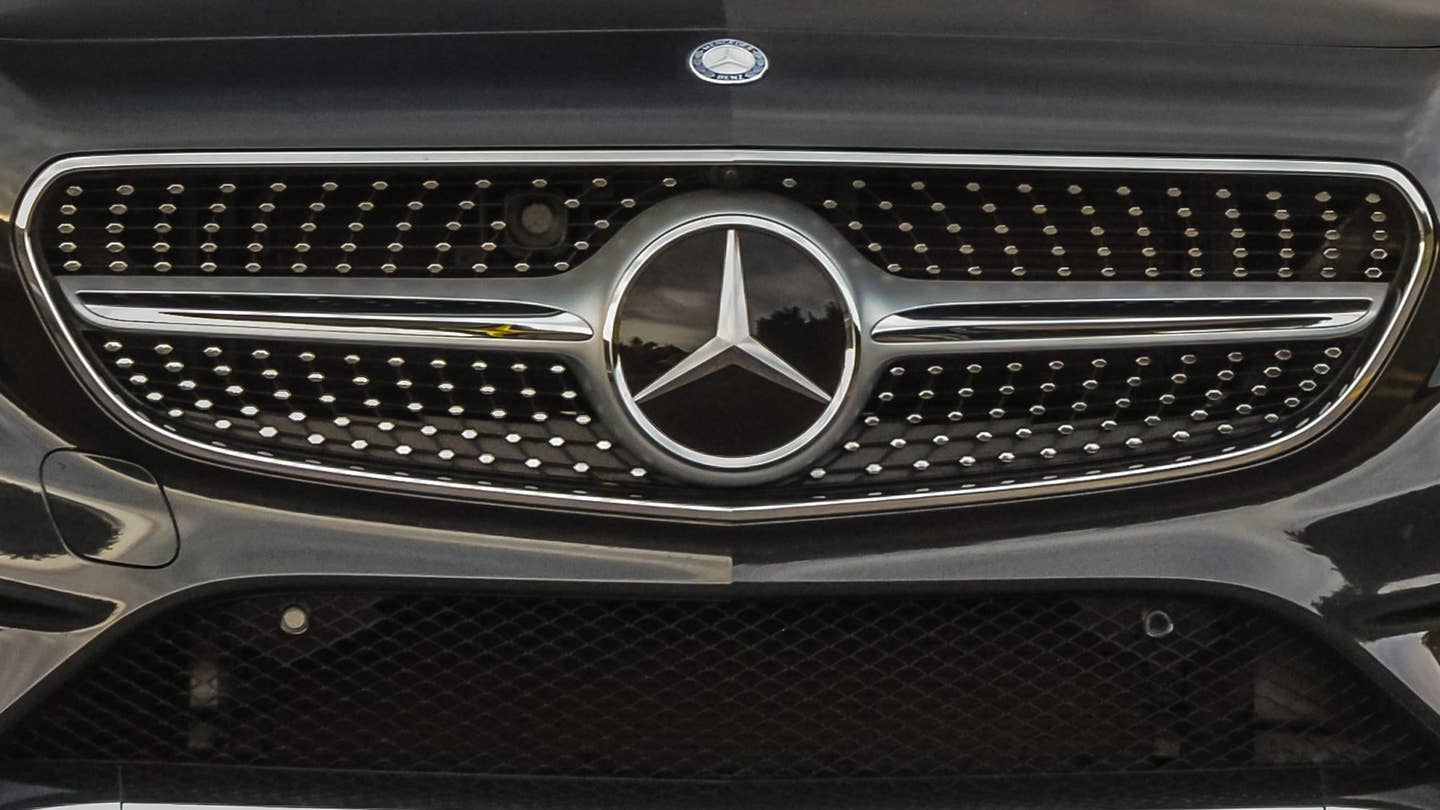 Tesla's more-or-less unchallenged dominance over the realm of purely-electric luxury cars may begin to lose steam this fall, when Mercedes-Benz will unveil a new electric vehicle that will serve as the first in a new series of internal combustion-free Benzes.

During a recent meeting in Stuttgart, Daimler chief development officer Thomas Weber told an assemblage of journalists told an assemblage of journalists that Mercedes would reveal a prototype electric car with a range of roughly 500 kilometers—310 miles, in 'Muricah-speak. That range would let it travel a hair farther than even Tesla's longest-range Model S, which the EPA claims can go 294 miles in one go.

"The structure is ready, the teams are working and the initial results from road tests are coming in quick succession," Weber said. The company reportedly plans to land the EV in showrooms this decade.

Sources for both Automotive News and Car and Driver claim the new Mercedes-Benz electric car will in fact be an electric SUV, designed to compete against the Tesla Model X to some degree, C/D's report states the EV will be a bit smaller than the seven-passenger Model X, sizing up more in line with the GLC-Class. Electric motors on both ends of the car will deliver all-wheel-drive, and acceleration is expected to be rather peppy, according to insiders who reportedly won't shut up about how quick the vehicle is.

Much the way the Model S and Model X share a basic platform, the new model's structure will serve as the foundation for future electric Mercedes-Benz models, as well as future fuel-cell and plug-in hybrid models. The only ones left out of the new platform party will be the upcoming two- and four-seat electric Smart models, as those are reportedly too teeny to use it. All told, Weber says the carmaker plans to sell more than 100,000 electric cars per year by 2020.

The next few years should see a steady stream of pure-EV Tesla competitors flowing out of Germany. In addition to the Mercedes SUV and its subsequent siblings, Audi will soon be producing an all-electric e-tron SUV, Porsche will be building a real-world version of the Mission E sedan, and BMW...well, hopefully it won't still be trying to figure out what to do with its i division.