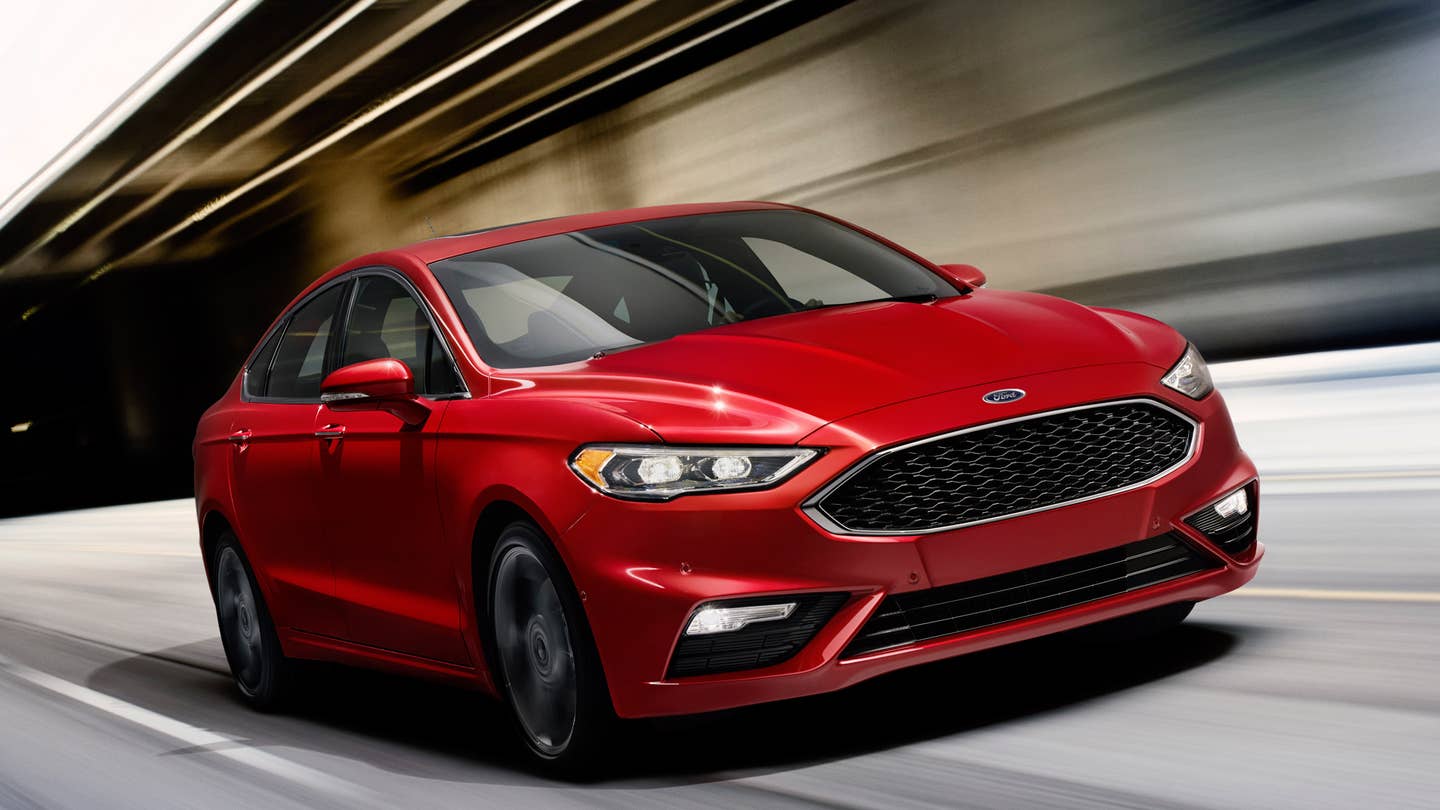 Brace yourselves, folks, because you're about to read a sentence you probably never thought you'd see on the pages of The Drive:

No, we haven't been drinking. On paper, at least, the 2017 Ford Fusion Sport is a stonkin' bargain of a pseudo-sports sedan, combining near-muscle car power with all-wheel-drive grip. Thanks to the turbocharged 2.7-liter EcoBoost V6 laying under the hood, the Fusion Sport makes 325 horsepower and 380 lb.-ft. of torque. That's only eight horsepower less than the outgoing Audi S4—and 55 more lb.-ft. of torque.

Granted, it may lack the Audi's sport-tuned suspension and choice of quick-fire DSG or engaging manual gearbox, but you know what else the Fusion Sport lacks? A price tag that could make your penny-pinching grandfather's ghost rise from the grave and haunt your ass. Ford's newest sedan starts at $33,475. That's thousands less than the average price of a new Ford these days.

(Ford will also offer the car with a summer tire package that should add a bit more entertainment when the road turns twisty. Small consolation, but it's something)

Now, if Ford executives seriously think people are going to cross-shop a Fusion against the BMW 5 Series or the Mercedes-Benz E-Class based on horsepower outputs, as the press release states, they've clearly been spending a little too much time at their summer houses in Keego Harbor. (It also goes to show just how neutered Lincoln is, if Ford didn't think to axe that line out of respect for the Fusion's 400-horsepower MKZ platform-mate.) But for the guy who really wants to be driving a Mustang but needs to haul around a kid or two, or the gal who wants to move out of the humdrum world of Camrys and Accords into something with some all-American power—the bargain-priced, crisp-looking Fusion Sport could be just the remedy to the family-car blues.