Uber Beware: Autonomous Flying Taxi Drone Will Be Testing in Nevada This Year 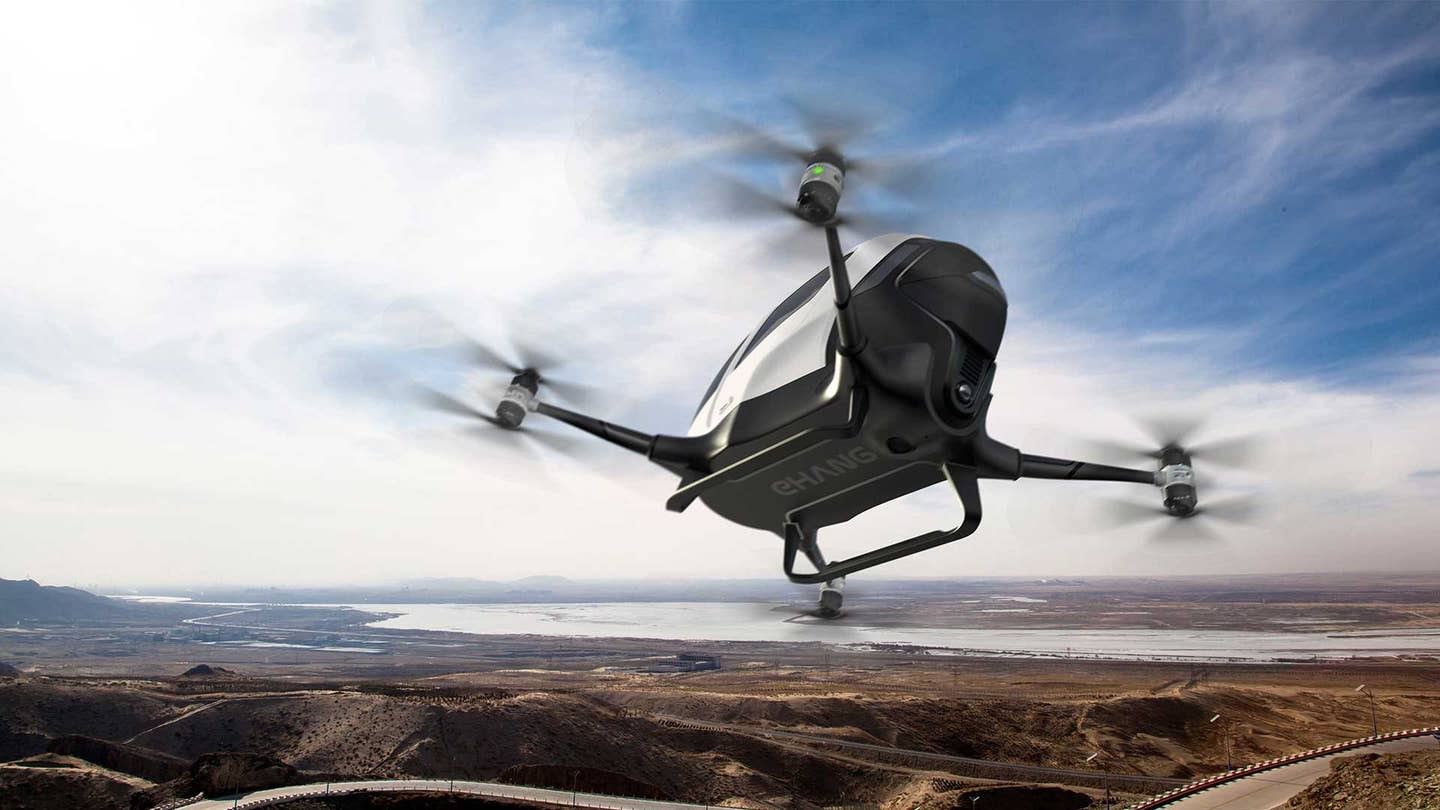 This drone aircraft designed to carry human passengers around may have been designed in China, but it'll test out its ability to ferry people around in Nevada. At least, it will be soon—if the company building it can work out a couple of kinks first.

Late last month, the Nevada Governor’s Office of Economic Development and the Nevada Institute for Autonomous Systems announced they had entered into a deal with Chinese-based EHang, Inc. to allow the drone manufacturer to develop its EHang 184 drone at the state's UAS test site.

The EHang 184, which made its world debut at the Consumer Electronics Show, can carry one person up to 10 miles, according to the company. The only control the passenger has is an app on his or her smartphone that he/she uses to input the desired destination; once the occupant is strapped in, the craft autonomously flies itself. If something goes wrong, a human operator will take control of the craft from a remote location.

That's how it will work in theory, at least. So far, however, Ehang hasn't revealed a full-scale, fully operational version of the electrically-powered 184. (It has apparently done quite a bit of work developing and occasionally crashing prototypes, as you can see in the video below)

And while EHang may have received the green light from the Nevada state government, the suits in Washington still need to have their say. The Federal Aviation Administration has not yet cleared the 184 to fly, though Nevada's governmental bodies say they're willing to help the Chinese company clear the federal hurdles over the next few months.

“The State of Nevada, through NIAS, will help guide EHang through the FAA regulatory process with the ultimate goal of achieving safe flight,” Tom Wilczek, GOED’s Aerospace and Defense Industry Specialist, said in a press release.

NIAS executive director Mark Barker reiterated the point in simpler language. "We will help them submit necessary test results and reports to the FAA and all that kind of stuff," he told the Las Vegas Review-Journal.

In spite of all the obstacles, EHang says it expects the 184 to make its first Silver State flight before the end of 2016. We're pretty confident you can find a bookie in Vegas who'll give you decent odds on that action.