The McTrain: The Rise and Fall of McDonald's Ambitious Plan to Conquer the Railroads 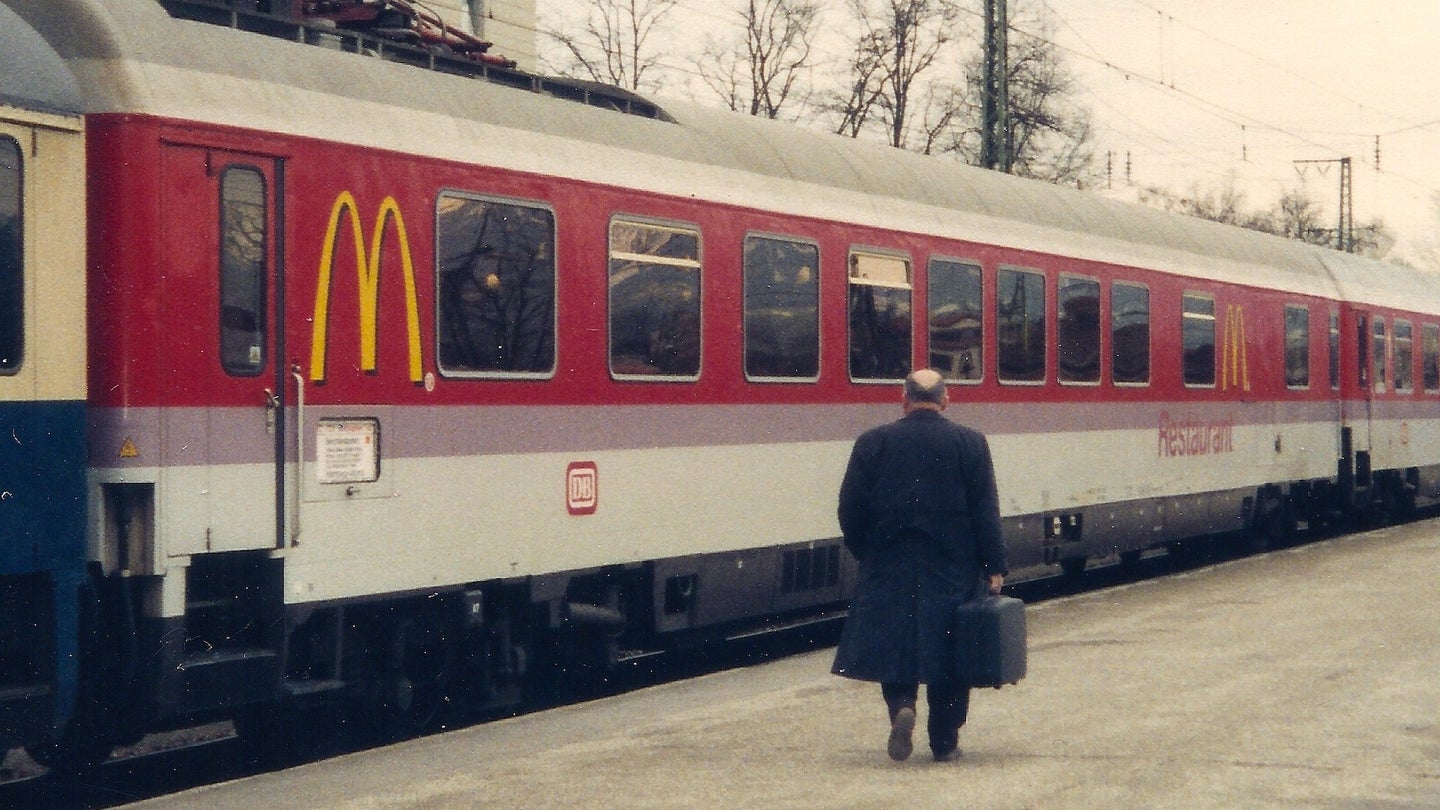 Regardless of where you spot the McDonald's Golden Arches, they always stand for the same thing: A cheap place to get a quick, sometimes-tasty meal made with processed meat, canola oil, and corn syrup. These ingredients commonly take the form of the Big Mac, but also make up various regional offerings, such as McShrimp in Russia, or taro pie in China. The establishments themselves also sometimes deviate from the expected norm, taking the forms of kitschy faux-Bavarian inns, barber shops, and for a brief period in Germany during the 1990s, a train car. Not some decommissioned railcar turned into a diner, but an actual dining car that served on a long-distance passenger route. But as Mickey D's found out the hard way, running a stationary restaurant is one thing, and operating one that crosses a country daily is something completely different.

The "McTrain," as it is unofficially known, reportedly got its start in 1992, when the Deutsche Bundesbahn (German Federal Railway) agreed to try outsourcing catering on long-distance routes to McDonald's. The DB allowed McDonald's to refit two of its dining cars for the program, installing deep fryers, coffee machines, soda fountains, water heaters, and multiple walk-ins in a 269 square-foot kitchen—still reportedly more than half the car. After an apparent test period in Switzerland (though there is evidence of a parallel program in that country), the DB allowed the McTrain into service in Winter 1993, assigning it to the country-spanning Hamburg-Berchtesgarden line.

McTrains are said to have offered two menus (presumably breakfast, then lunch and dinner) comprised of both standard McDonald's fare, but also regional favorites not available in the United States, notably spaghetti and Viennese sausages. According to German rail history forums, passengers in second-class or better seats could place orders with roving waitstaff or simply trek to the golden-arched dining car itself, which offered seats for 27 and standing places for eight at four tables.

Despite the popularity of American cultural exports in former Eastern Bloc states and the regions surrounding them, the McTrain did poorly with German travelers. McDonald's reputation for cheapness made it a hard sell to German travelers, especially the wealthy, by then accustomed to better meals on other routes. And despite the perception of fast food being cheap to produce, service proved anything but inexpensive for the DB and McDonald's to provide.

Power consumption was said to be twice that of a standard DB dining car, at 90 kilowatts, and logistically, the operation proved unusually demanding. Resupplying was reportedly done via restaurants along the route, complicating inventory management, and if one of the five kitchen crew showed up late to their shift—say, after the train had left—they effectively hadn't shown up at all. Assuming kitchen staff didn't transfer between trains at a predetermined meeting point, their shifts would end with them across the country from where their day started, requiring McDonald's to either pay for accommodation or a return trip. 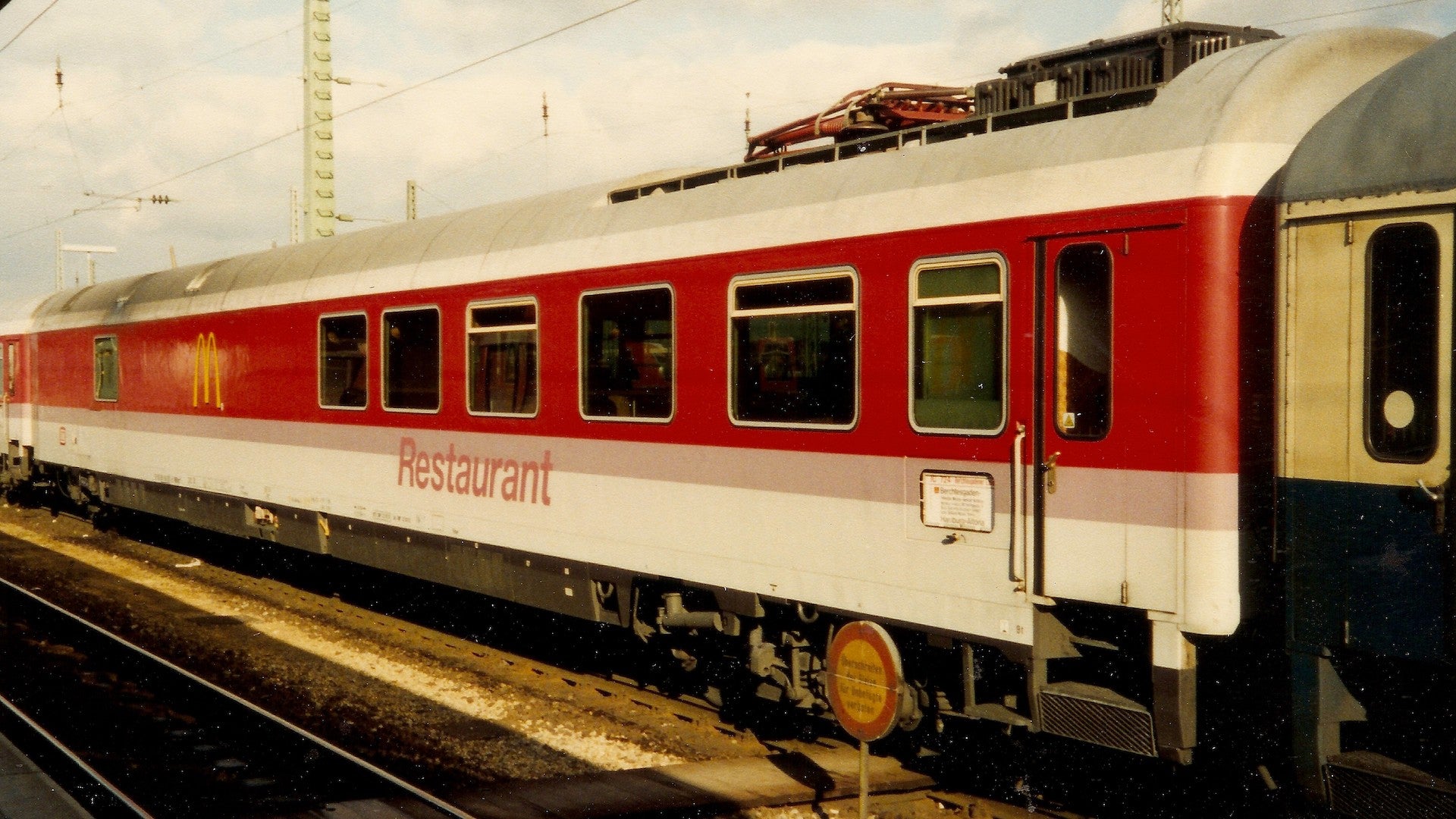 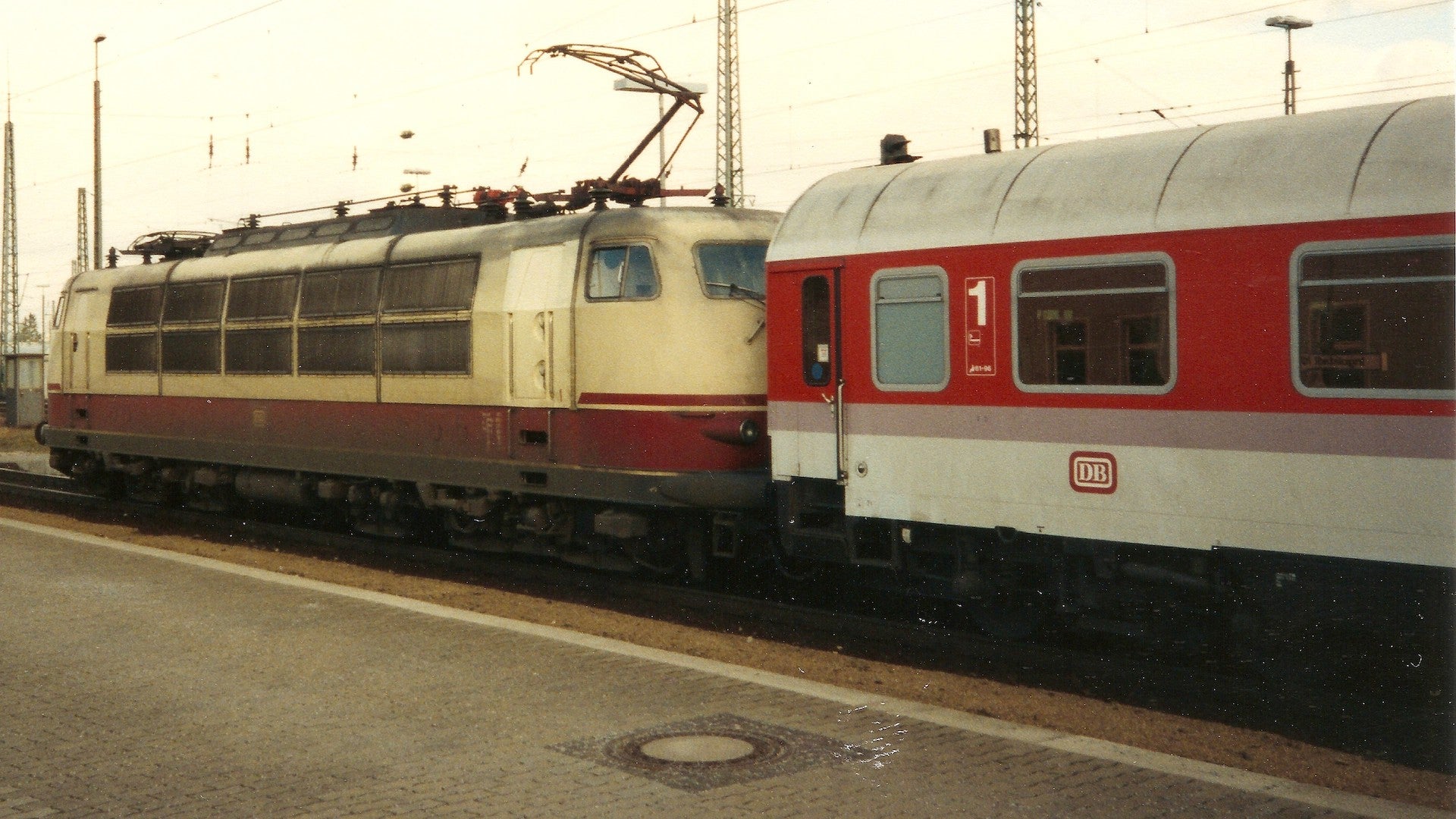 Complicating matters, McDonald's faced these problems during a period wherein short-haul air travel was starting to supplant long-distance rail, dragging ridership down. And so, after two years of poor reception, the DB ditched the McTrain with the release of its Winter 1995 timetable, bringing to a close this failure of a fast-food experiment.

Today, the McTrain lives on in only photographs that occasionally circulate online, as well as the memories of those who ate their Big Macs watching the German countryside roll by. When in Rhineland, though, one would almost rather have a schnitzel. 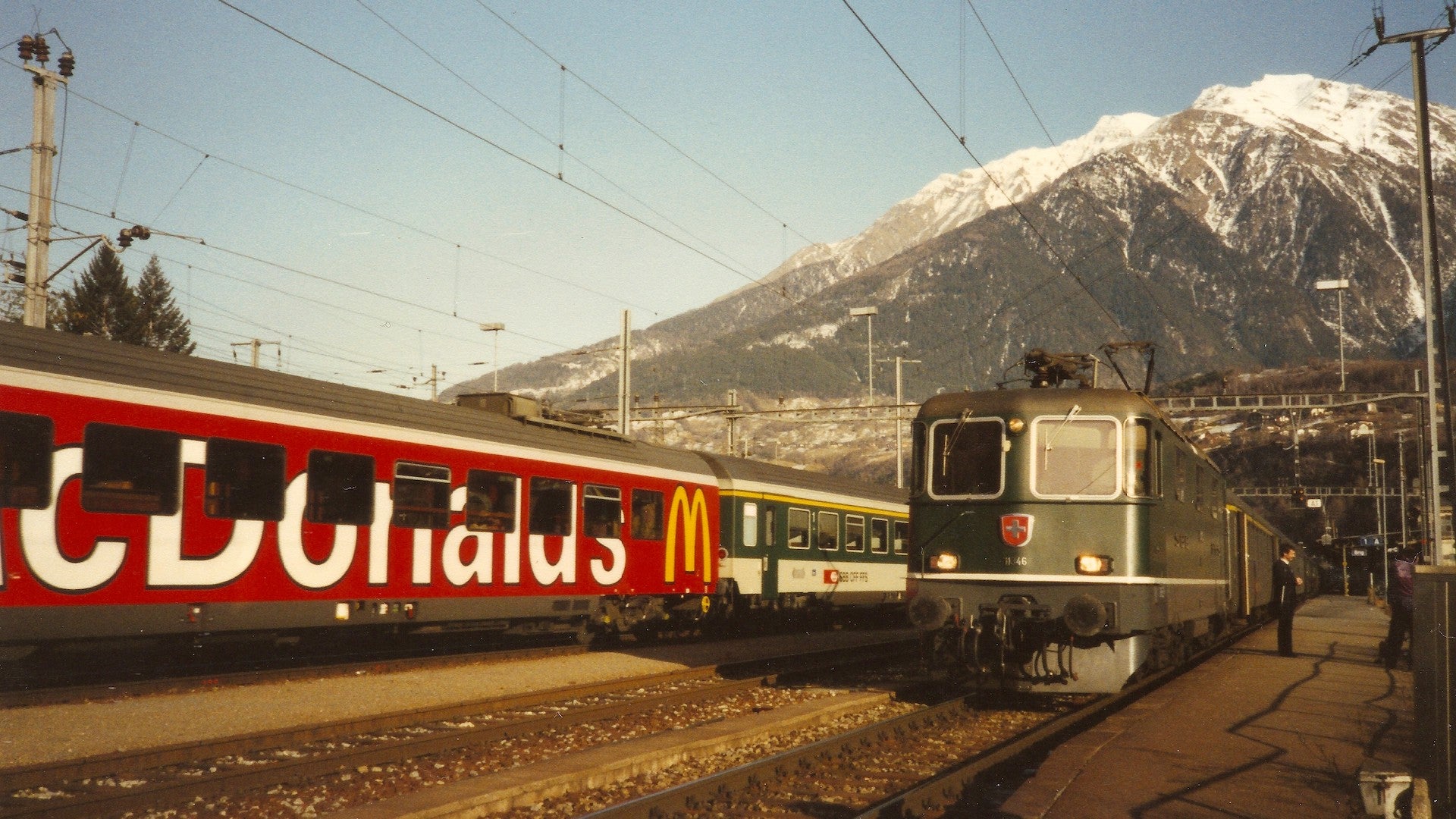 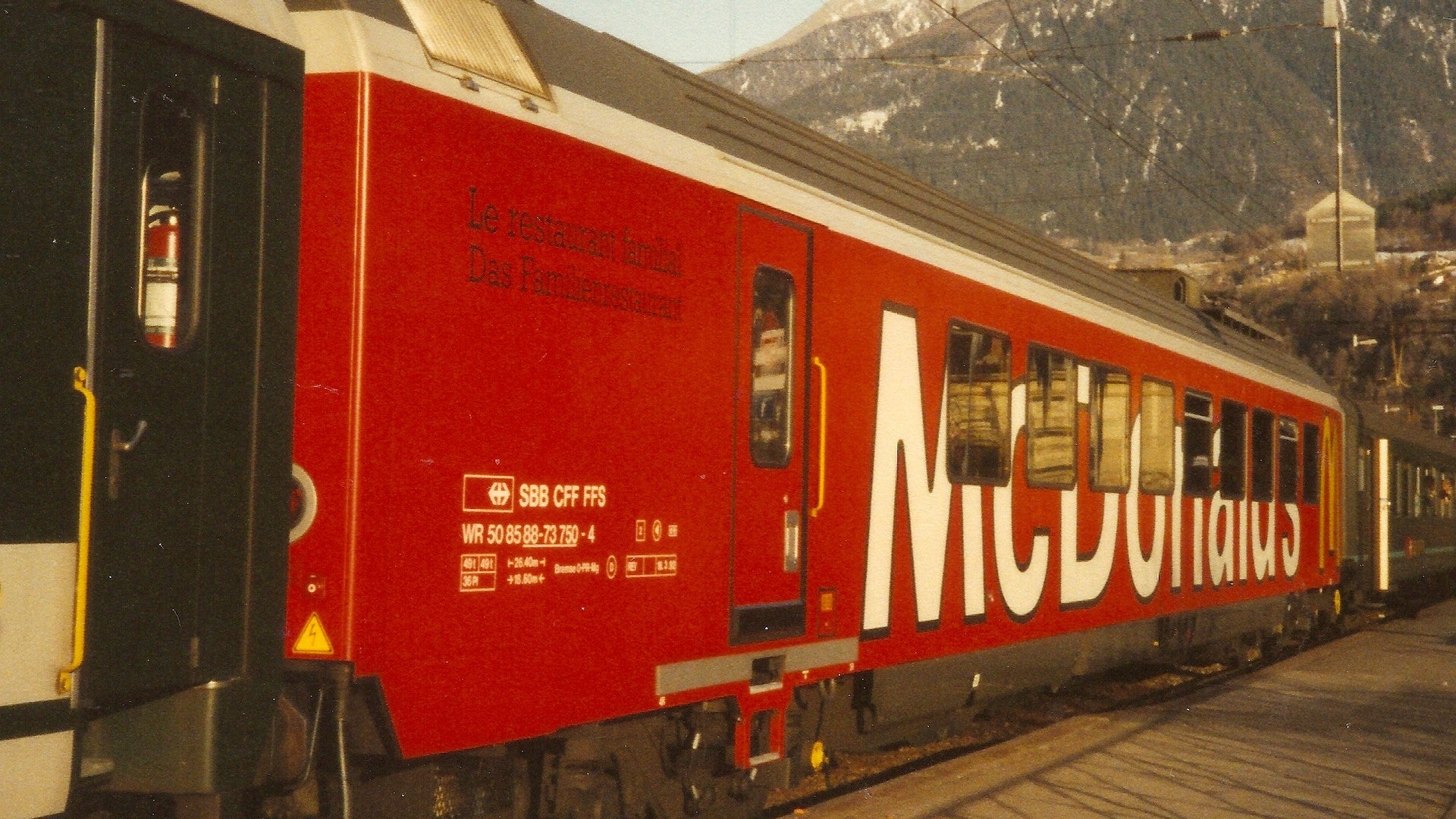