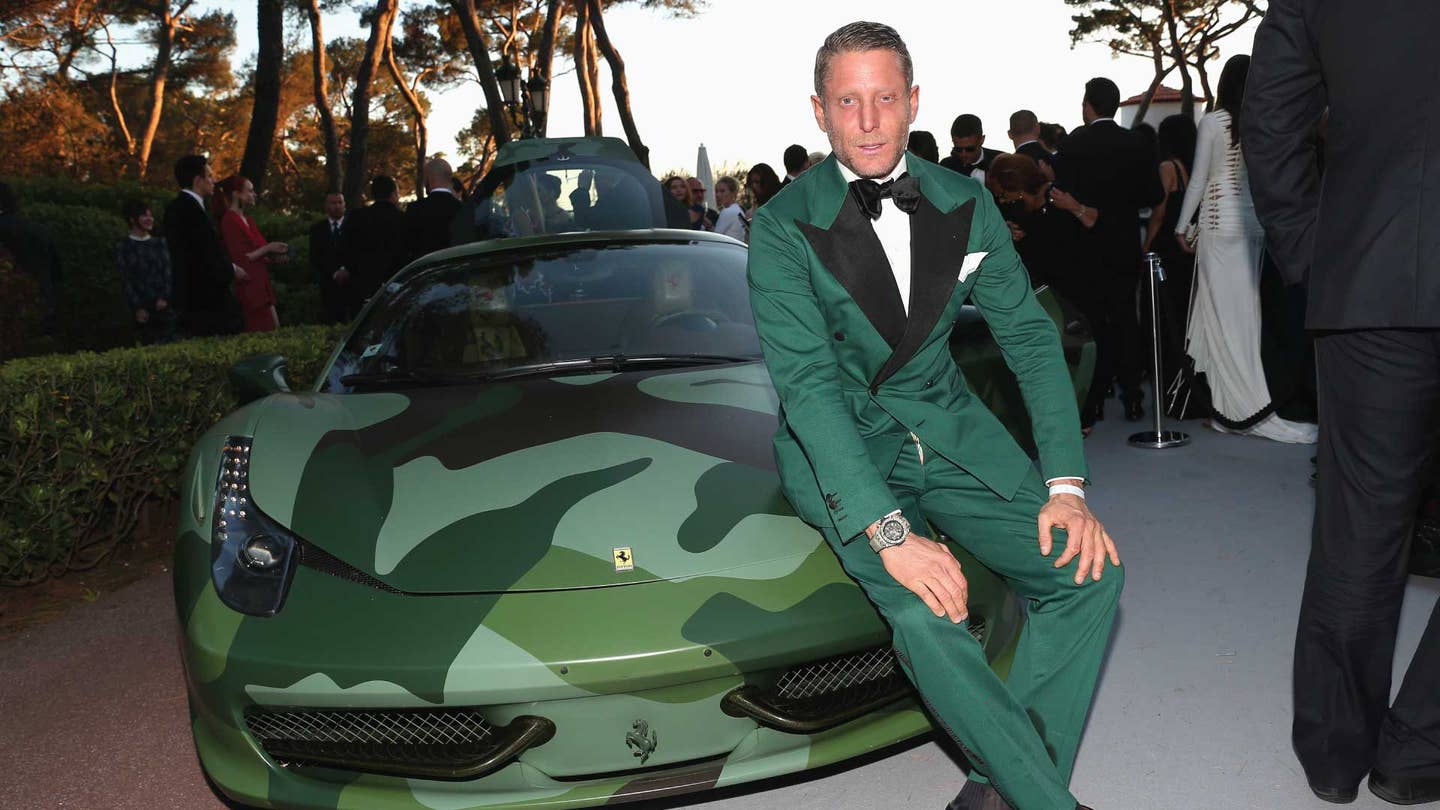 On May 19, Fiat family scion and jet-setting playboy Lapo Elkann sold his Ferrari 458 Italia at a celebrity-packed auction for The Foundation for AIDS Research, with the car ultimately going for a final bid of $1.1 million. If this were any other man or any other Ferrari 458, well, that would be the end of the story. Rich person donates expensive car to raise money for a good cause; other rich person overpays for said car, again, in the name of raising money for a good cause.

So let us rephrase that first sentence, to draw attention to the real issue here: On May 19, Fiat family scion and jet-setting playboy Lapo Elkann sold his shockingly repulsive Ferrari 458 Italia at a celebrity-packed auction for The Foundation for AIDS Research, with the car ultimately going for a final bid of $1.1 million to a wealthy individual who needs to visit an optometrist pronto.

Obviously, The Drive admires anyone willing to donate more than a million dollars to charity. And we could never fault someone for wanting to experience the driving bliss that is the 458 Italia. But spending that much on a car like is just going to encourage Elkann to order up more Ferraris clad in revolting colors and upholstered in materials that make Liberace's fashion choices seem tasteful.

Elkann started with a baby blue 599 GTB with a denim interior; he moved up to a Vietnam-camo Ferrari 458 with snakeskin carbon-fiber interior. Now that he knows he can auction these disgusting cars off for charity, what will he force Ferrari's Tailor Made division to do to an innocent car next? Will he make a polka-dotted GTC4 Lusso with crushed velvet seats? A LaFerrari Spider painted in gold leaf with white wheels and a statue of Bacchus on the hood? A dazzle camouflage F12 TdF with Nicholas Cage's face upholstered into the headliner? Who knows?

To whomever the noble/blind soul who bought Elkann's travesty of a Ferrari: Please do what's right and put this 458 Italia out of its misery. Don't crush it, either. Much like the American flag, tradition demands the car be burned.