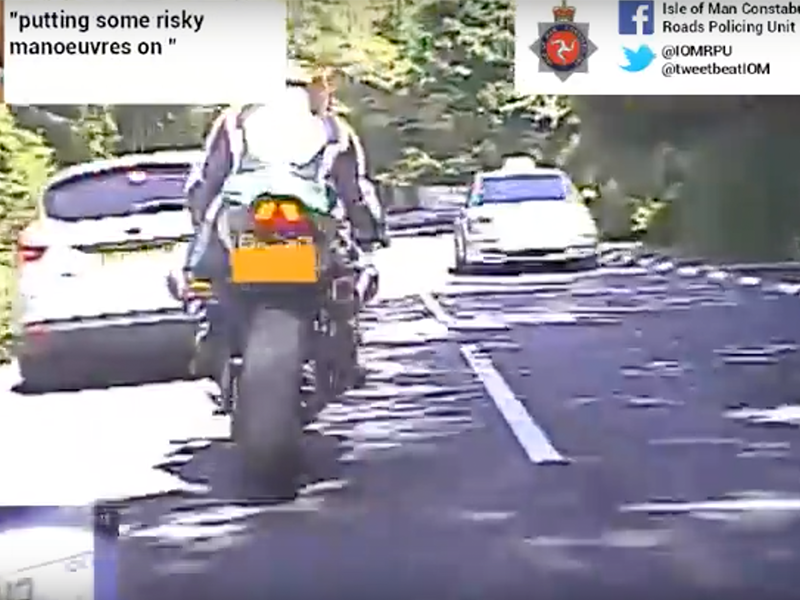 Every year, the Isle of Man throws an epic of a motorcycle race called the Isle of Man TT. Which means every year, motorcyclists from around the world descend on the tiny British island to compete on the 37 miles of road that's closed down for the race. And every year, some of those bikers decide to break a few speed limits on days when the roads are open—and put other road users smack into harm's way.

It happens frequently enough that the Roads Policing Unit of the Isle of Man Constabulary has put together a team of officers tasked with roaming about in search of riders dumb enough to act like the roads are closed when they're still very much open. Equipped with unmarked motorcycles, these constables have been specially trained to catch criminal speeders without putting others in harm's way.

Does the department have footage of one of these coppers quickly and coolly chasing down a scofflaw in the midst of one of these foolish high-speed runs, you ask? Why yes, as a matter of fact.

Better yet, the video comes with a play-by-play analysis provided by Conor Cummins, a professional motorcycle rider who's snagged a podium spot in the Isle of Man TT on six occasions. Cummins breaks down how dangerous the reckless rider's maneuvers are with the consummate knowledge of a man who knows the roads like the back of his hand, explaining why the lawbreaking motorcyclist is courting death and dismemberment on any given stretch of road.

Add in the inset display showing the bike's speed and the informational (and occasionally cheeky) pop-ups, and you wind up with the most entertaining chase featuring a cycle-mounted cop since the California Highway Patrol chased that chihuahua across the Bay Bridge.