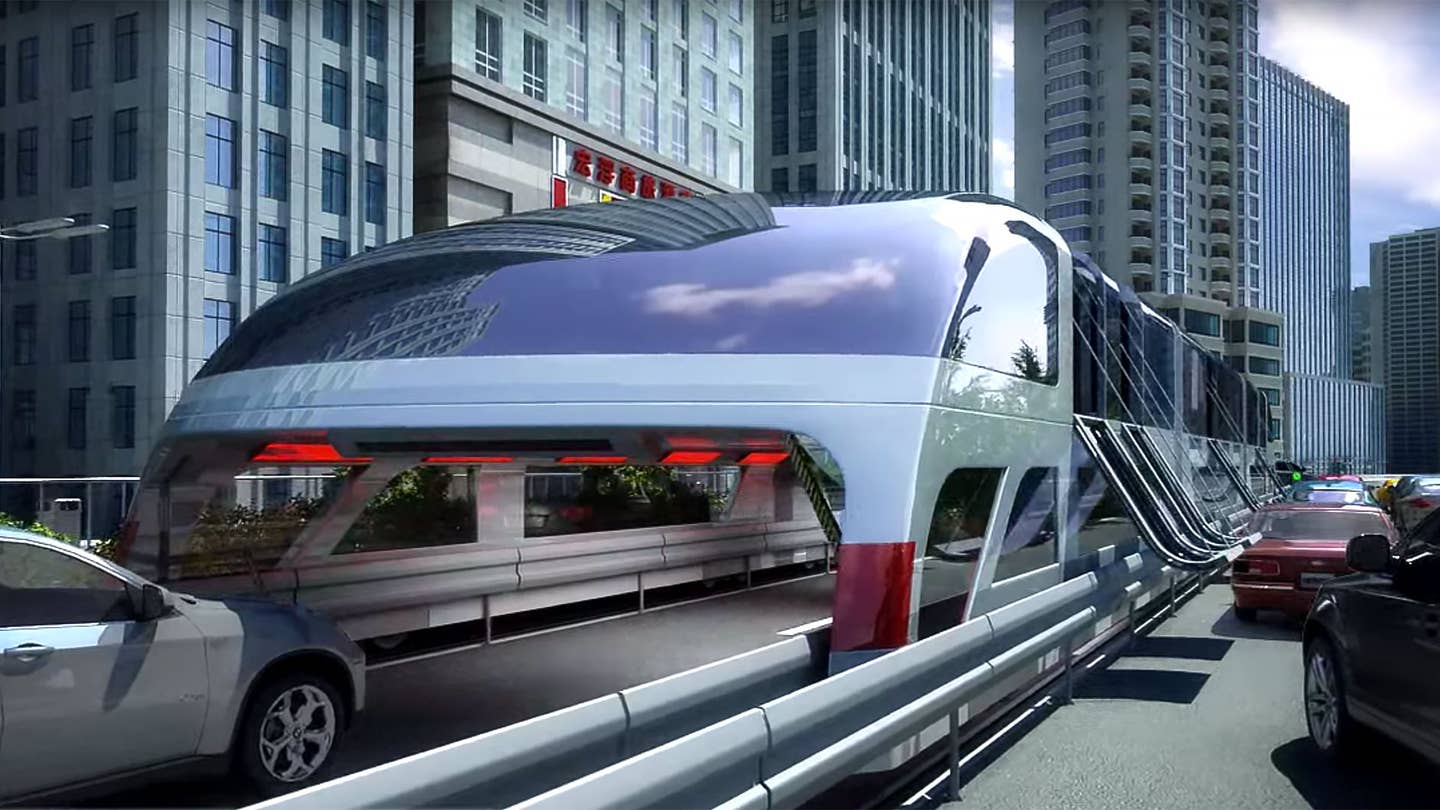 Back in 2010, as transportation nerds may recall, there was a story bopping around the web about a Chinese bus concept designed to straddle the highway and allow traffic to pass beneath it. Between the bowling alley animation-grade CGI and the utter ridiculousness of the concept, it seemed like just another one of those funky transportation concepts that circle the Internet a few times but never really go anywhere.

Well, we're happy to say we were wrong. Beijing-based Transit Explore Bus recently revealed a scale model of the road-straddling bus at the 19th International High-Tech Expo in advance of a full-scale trial this summer—and, amazingly enough, it's starting to seem like a good idea.

Known as "land airbuses," the massive vehicles are a fraction of the price of conventional subways and rail systems, and have the added bonus of scaring the living crap out of unsuspecting drivers when they find themselves being overtaken by a moving overpass traveling 37 miles an hour. Of course, considering each land airbus can carry around 1,400 people—almost as many as a crowded subway train on New York City's Lexington Avenue Line—each one of the massive vehicles has the potential to take plenty of cars off the road, so there may not be many drivers left to be passed.

The land airbus still has a few kinks to be worked out. With less than seven feet of clearance beneath the bus, the roads below would need to be permanently restricted to passenger cars, or else cities would be staring down the barrel of a pack of roving 11'-8" bridges. And this beef may only apply to the nit-pickers amongst us, but The Drive takes issue with calling any vehicle that runs on tracks and lacks a steering wheel a "bus." We already have a name for that, everyone. It's called a "train."

But neither the improper nomenclature nor the low-hanging belly seem to be preventing the project from moving forward. According to the project's chief engineer, Song Youzhou, a large-scale prototype is currently being assembled in southeast China, and is expected to hit the roads in July or August.