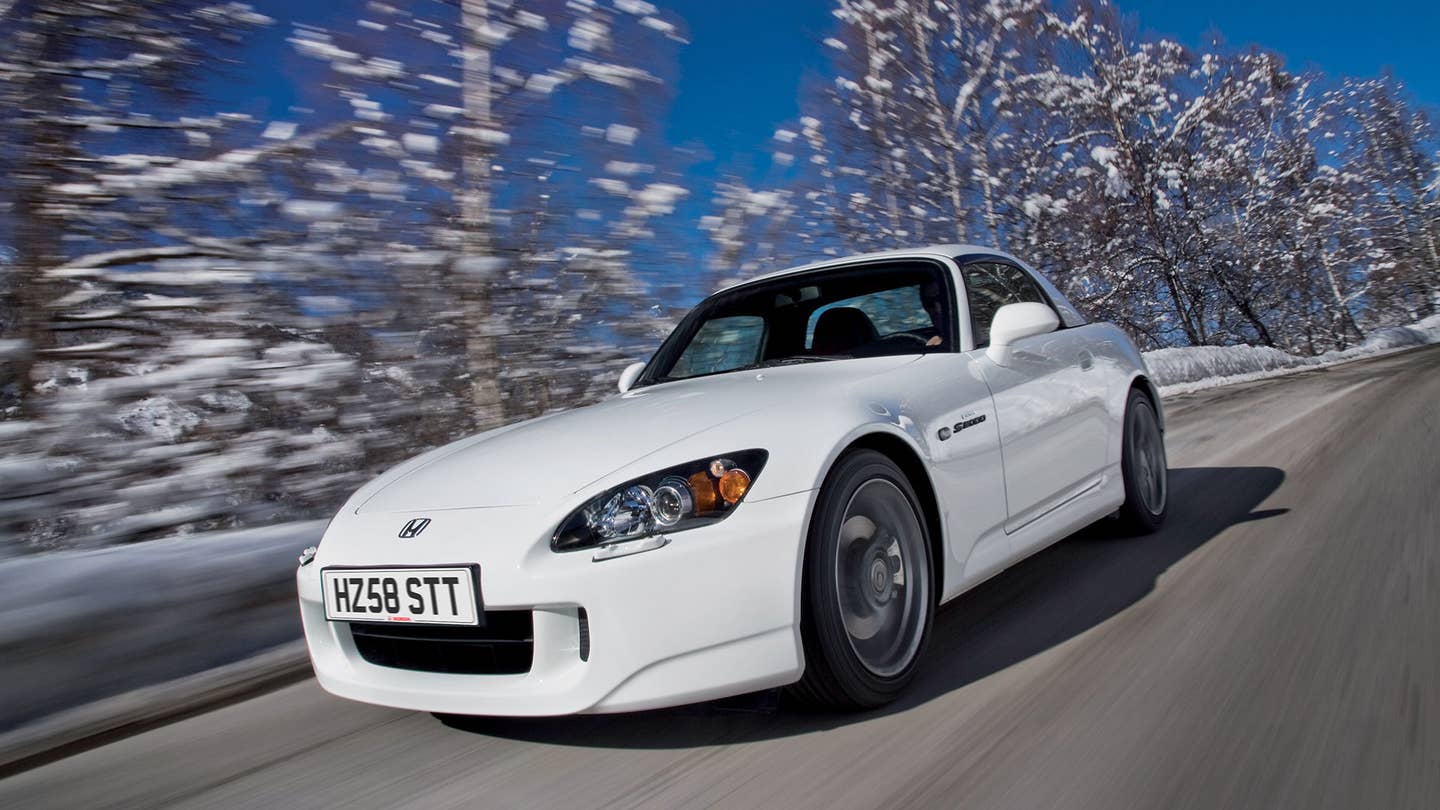 Not only do the rumors that the Honda S2000 may be making a comeback appear to be true, it looks like the car will be returning just in time for Honda Motor Company's 70th anniversary. Granted, you're traditionally supposed to give platinum for a 70th anniversary, but we like Honda's idea way better.

According to a report from Car and Driver, the beloved rear-wheel-drive roadster could be back on the market as soon as 2018. The proposed timing would be a nice callback to the debut of the original S2000, which arrived for Honda's 50th anniversary in 1998. (Yes, it has been 18 years since the S2000 first appeared. And yes, that is terrifying.)

Like the NSX, not only will much of the new roadster be developed in the United States, but it'll be built here as well—alongside Acura's super sports car at Honda's Performance Manufacturing Center. Car and Driver's source says a gaggle of Honda R&D folks from Japan are already in Ohio working on the new sports car. "Size-wise, it’ll be similar to the Mazda MX-5 Miata, but the Honda will have a lot more power,”C/D's source claims.

If you're expecting the new S2000 to be powered by another superbike-esque screamer of a naturally-aspirated engine, you clearly don't know where Honda's head is at these days when it comes to performance powertrains. According to the report, the next-gen Honda roadster will use a version of the turbocharged 2.0 liter inline-four used in the Civic Type R. The engine will likely be de-tuned to an output below that car's 306 horsepower—but considering the droptop should weigh in around 2,900 pounds, that should be power aplenty.

Between the new S2000, the second-generation Subaru BRZ/Toyota 86, and the new Mazda MX-5 Miata RF, the next few years ought to be pretty damn exciting for fans of cheap speed. Hell, we've already started planning a drive route for that 2018 comparison test.