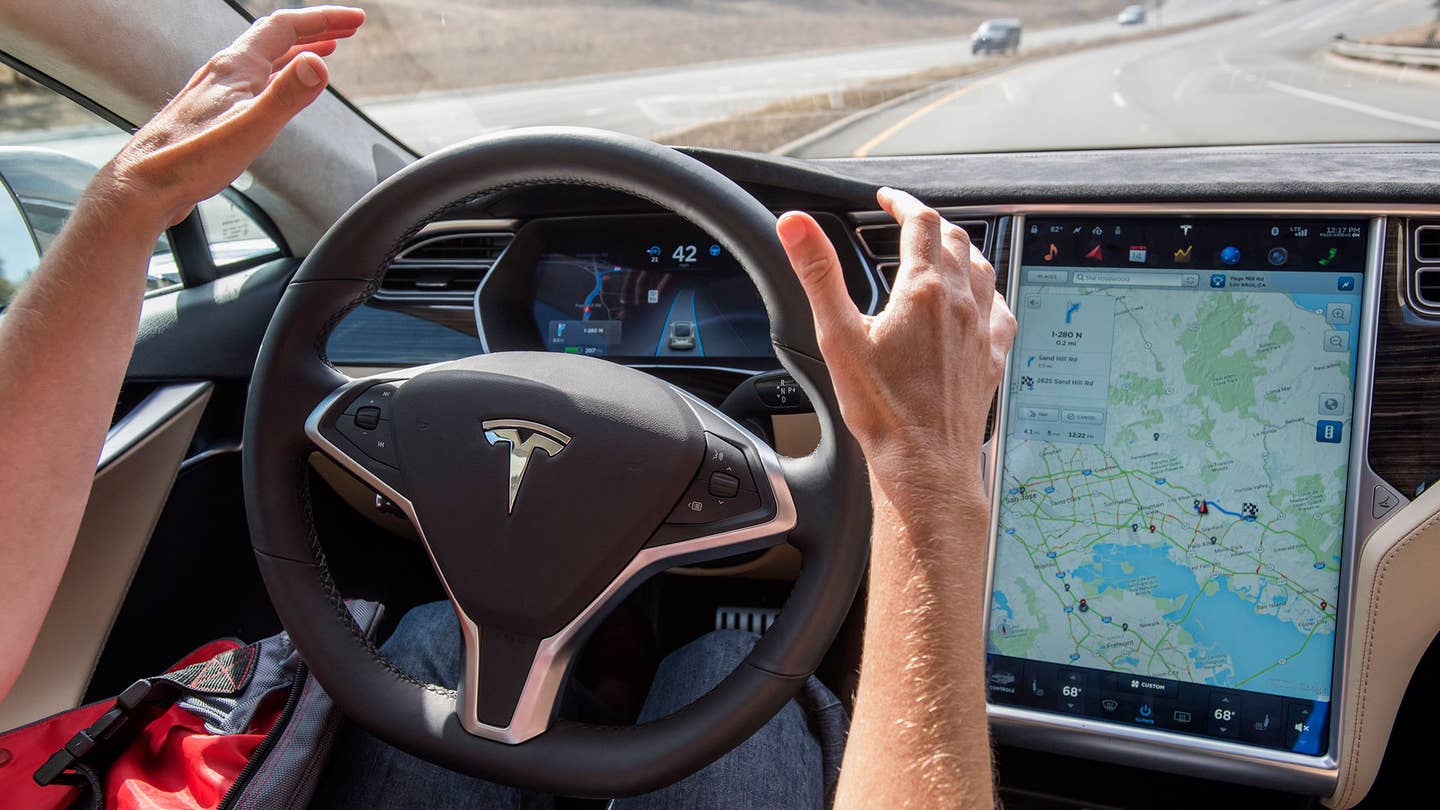 Early versions of self-driving cars and trucks have begun to appear over the last decade, but they're still few and far between—a small fraction of the millions of motorized private vehicles on Earth. But if a new study is correct, autonomous vehicles are going to multiply like Catholic rabbits over the next five years.

According to a new analysis by Business Insider, roughly 10 million cars with self-driving functionality are expected to be zipping around the planet's roadways by the year 2020. Considering the paltry number of autonomous cars driving around today, that means the number of such vehicles will blast skywards at a compound annual growth rate of 134 percent. Remember those exponential curves you drew in algebra? Yeah, the projected increase in self-driving cars looks like that.

There are a few caveats to that figure, though. For the report, BI defined "self-driving cars" as "any car with features that allow it to accelerate, brake, and steer a car's course with limited or no driver interaction." That definition easily covers the semi-autonomous features on many existing cars, from Tesla to Mercedes-Benz to Infiniti. Fully autonomous cars—those which can handle driving duties over the entire course of a journey without any input from the person behind the wheel—will not debut until 2019, the study claims.

Business Insider also projects that even the fully-autonomous vehicles will still require a human driver behind the wheel—if only for legal reasons. Truly driverless cars, like Google's koala-faced prototype, will likely not arrive en masse until well beyond 2020, the study suggests, and as such will make up very little of this growth.

With the underlying technologies becoming more affordable and more widespread every day, BI's projections don't seem unreasonable. But we'll know if they hit the mark if the production of Fast & Furious 10 requires no human stunt drivers whatsoever.