Goodyear Tires for 2021 Ford Bronco Won't Say 'Wrangler' on Them, Because Reasons 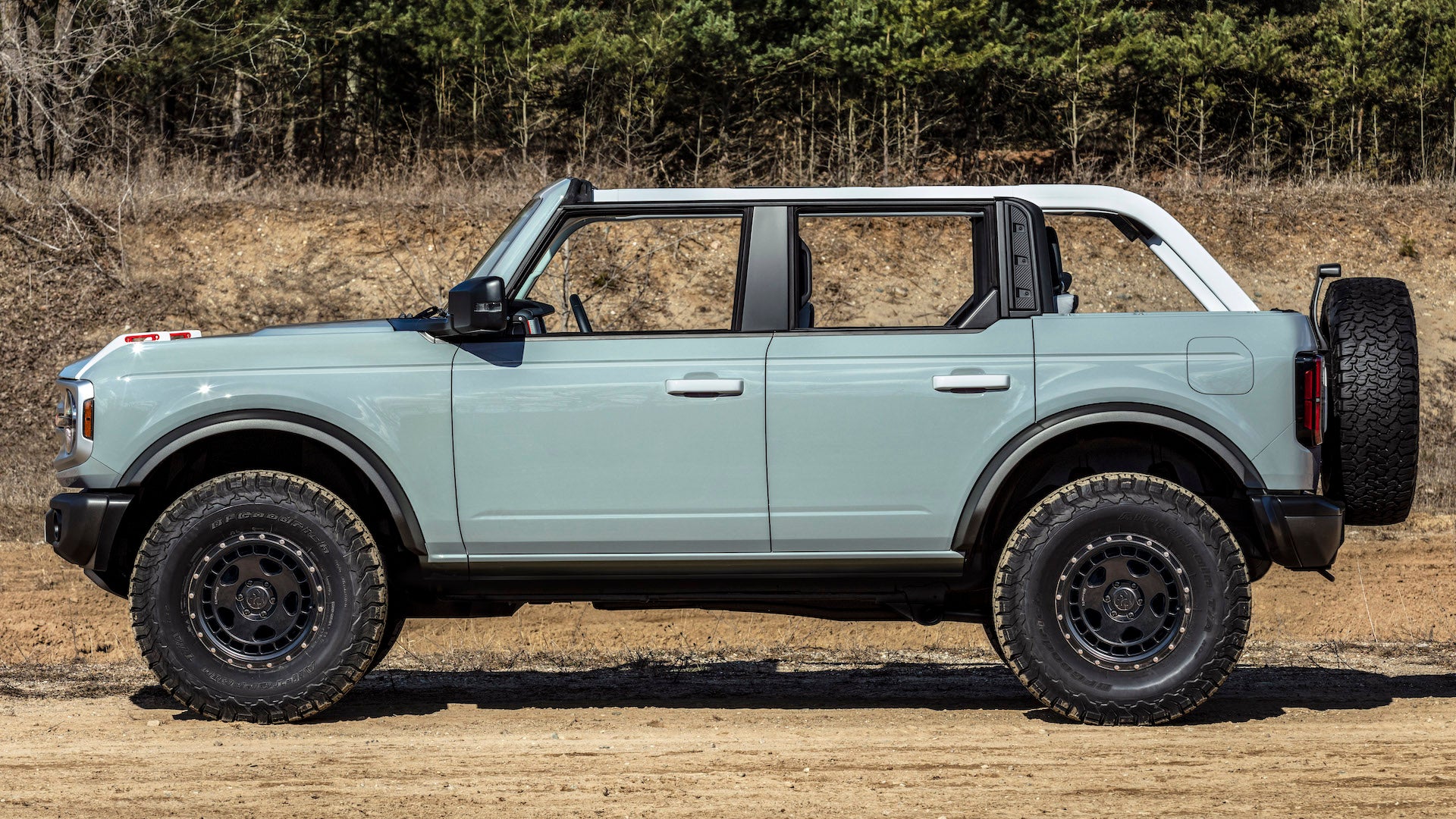 Make no mistake, the 2021 Bronco is Ford's way of trying to drive the Jeep Wrangler into extinction or at least flatten its sales trajectory. Sure, the Wrangler has the V8 and plug-in hybrid aces up its sleeve for the time being, but it's clear the Bronco will claim a large portion of potential Wrangler customers, with the only question being how quickly Ford can take its share. Because of this fierce rivalry, Ford has reportedly requested that one of the Bronco's tire suppliers, Goodyear, alter the castings of its "Wrangler" all-terrain tire to hide the model name when installed on the Bronco, so as not to give Jeep free advertising.

Ford's product communications coordinator Sam Schembari confirmed the alteration to The Drive, stating that the Wrangler label will be removed from the outside wall of the tire to hide the text, but not eliminated completely.

"[The Wrangler name] will be removed from the Goodyear's sidewall on the outboard side. Bronco customers will not see it unless their tires are off the vehicle and the inboard side is visible," Schembari told the publication, adding that the Wrangler name couldn't be eliminated because it's "still part of [Goodyear's] aftermarket branding."

Ford can't afford to give Jeep any underserved credit by leaving the Wrangler name in plain sight, which it would be doing so, given how many Broncos will wear 35-inch Goodyear rubber. Wranglers will be standard equipment on the Bronco Wildtrak and available on all trims as part of the Sasquatch off-road package, which will sadly not be available with the Bronco's seven-speed, crawl-equipped manual transmission option. Other known compounds include the BFGoodrich All-Terrain T/As, which will be shared with the F-150 Raptor, though in a slightly smaller, 34-inch size. No tires smaller than 30 inches will be standard equipment on the 2021 Bronco, and the remaining multitude of wheel and tire options will become clearer as the Bronco nears dealers later this year.