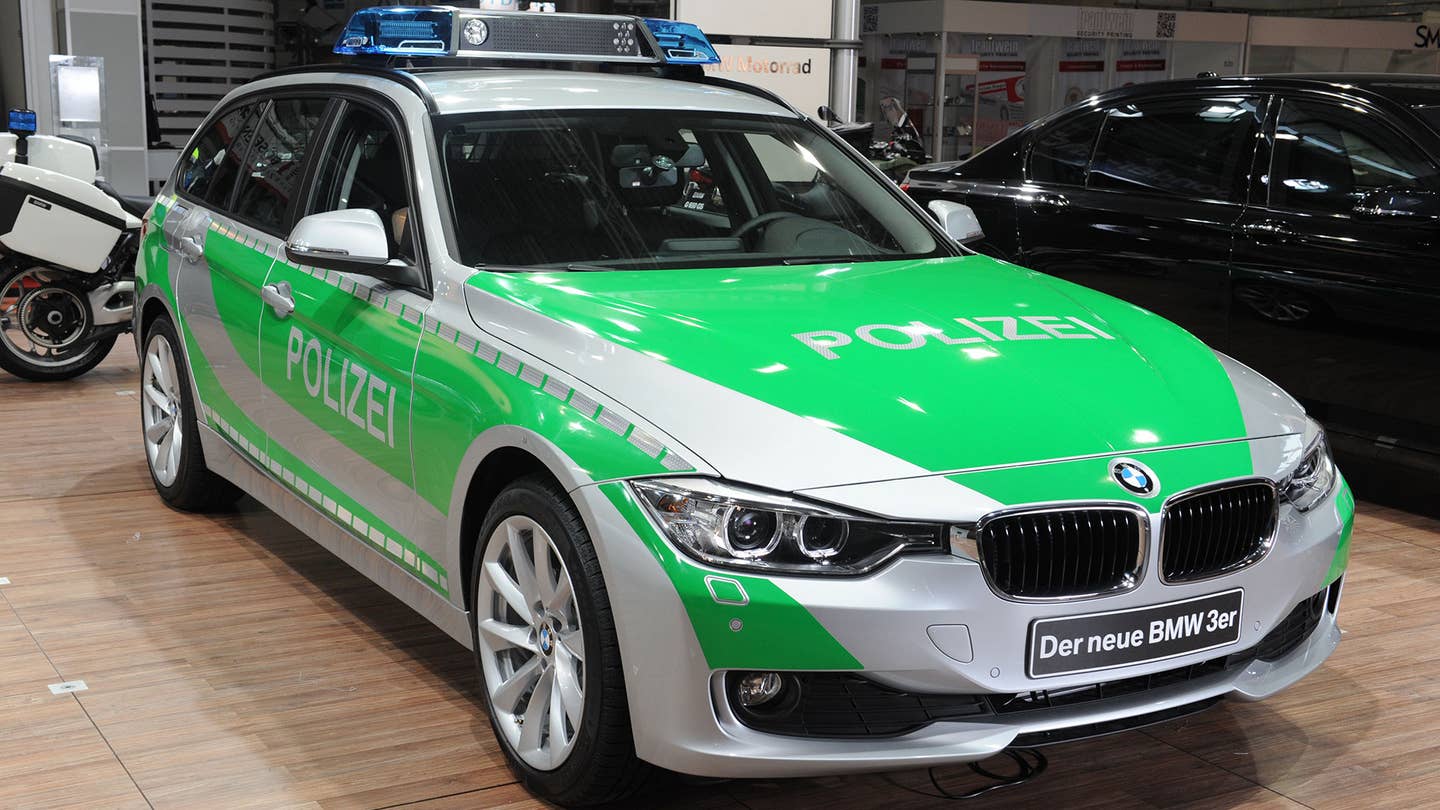 The current-generation BMW 3 Series debuted back in 2012, and since then dumping on the car has basically become a sport amongst Bimmerphiles and automotive journalists alike. Now, police in Germany's North Rhine-Westphalia state are getting in on the act.

"The BMW is completely unsuitable for patrol duty," concludes an upcoming report on the region's diesel-powered BMW 318d station wagons, which police have been using for the last six months. An early copy of the report was obtained by German news site RP Online.

But as it turns out, those cops are drinking a different flavor of Haterade than, say, Bimmerfest user E30RulezF30Droolz. While traditional 3 Series haters tend to harp on the same perceived flaws—gripes about ride, handling, and control systems that don't live up to the standards set by previous generations—the German po-po are saying no-no to the Bimmer for more cop-specific reasons. The report found 25 separate flaws with the car, but many of them can be summed up pretty easily: Police say the 3 Series is far too small for their needs.

One 29-year-old officer, for example, complained that the passenger seat was so tight, his knees often wound up black-and-blue after an eight-hour shift riding shotgun because they were constantly rubbing against the door and the radio. Another officer complained that the car lacked the room for more than a single helmet's worth of counter-terrorism gear—even though the car usually contains two officers. And the report also claims the trunk is so small, officers are forced to store equipment in the back seat—which makes sticking arrested persons in the second row somewhat problematic.

The 3 Series also has plenty of non-size-related flaws in the cops' book, though. The headlights automatically turn off when the car is locked, which presents a massive problem for nocturnal traffic stops. The seatbelts are not height-adjustable, and often become entangled in officers' gun belts as the police climb out of the car. And all those knees knocking against the radio can cause the radio itself to break open, spilling its components everywhere and sending the car to the shop.

The report isn't all dour news for BMW, though. Officers did praise the 318d's seats, its nav system, and its dual-zone climate control. Which is really for the best: the last thing you want to deal with in a traffic stop is a cop who's grumpy because his partner set the thermostat ten degrees too hot for him.