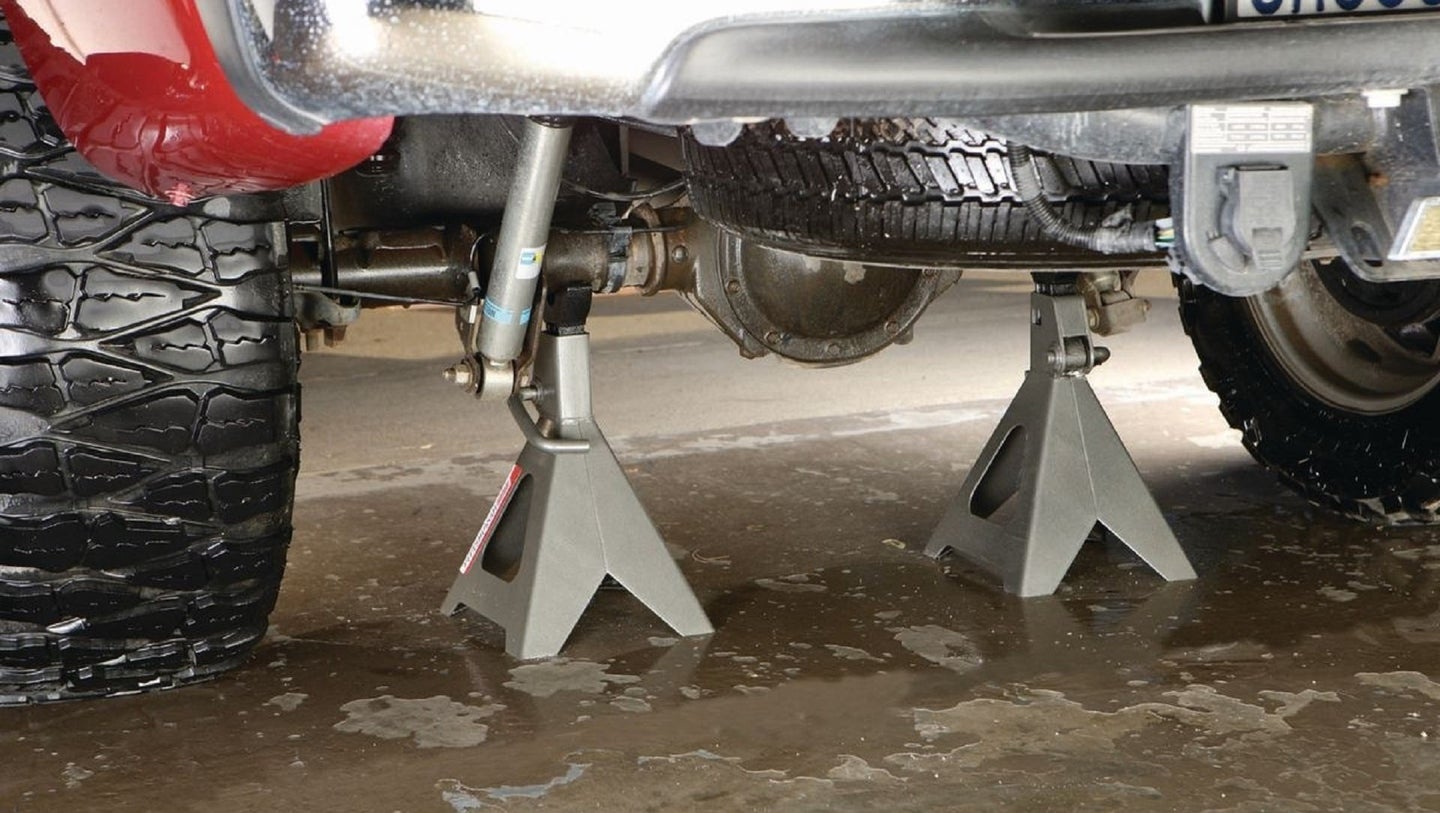 If you've got a set of Harbor Freight jack stands somewhere in your garage, stop using them immediately because many of them have just been recalled over pawls that could "disengage from the extension lifting post" under a shift in weight, causing them to suddenly collapse. We feel like this shouldn't have to be said but we'll say it anyway: bad jack stands that could suddenly fall are extremely dangerous and being underneath a car supported by one could very easily result in serious injury or death.

According to Harbor Freight, the recall applies to three-ton and six-ton heavy-duty steel jack stands with item numbers 56371, 61196, and 61197. The number on the three-ton units can be found on the label at the top while the six-ton stands have their numbers printed in the yellow section of the label found on the base.

Based on the NHTSA filing, the recall applies to a total of 454,000 jack stands made between 2013 and 2019 and the issue is apparently blamed on old tooling used by the factory. Naturally, affected stands that have yet to be sold have already been removed from Harbor Freight's inventory.

If you actually own one of these stands, you can bring them to your a Harbor Freight Tools location where they can be exchanged for a gift card equal to the "shelf price" of the stands in question. Whether or not you own a set of Harbor Freight jack stands (or even know what a jack stand is), consider spreading the news to somebody who you think might be using these. This may sound melodramatic, but it might just be the difference between life and death.