The movie may be called Captain America: Civil War, but there’s a reason fans are calling it Avengers 2.5. The latest installment of the ever-expanding Marvel Cinematic Universe has more super heroes than Kevin Smith’s jammies. Many of them, like Robert Downey Jr.’s Iron Man, Scarlett Johansson's Black Widow, and Jeremy Renner’s Hawkeye, are veterans of Disney’s enormous movie series; others, like Chadwick Boseman’s Black Panther and Tom Holland’s Spider-Man, are new to the shared universe—though some of those characters have shown up in other franchises played by different actors.

You’d think a group this diverse would drive a wide variety of cars. Sure, they may all team up to fight conquering aliens, homicidal robots, and the occasional Norse god, but outside of they all lead very different lives. There’s no good in-continuity reason for all of them to drive vehicles from the same manufacturer.

But Disney, like all Hollywood studios, bows at the foot of Mammon. Automotive product placement deals give the House of Mouse another way to pack their bank vaults, Scrooge McDuck-style. Chevrolet ponied up the big bucks to land their cars in the last Captain America movie, which is why Black Widow was zipping around in a black Corvette and Nick Fury drove a particularly badass Tahoe. Those choices, at least, made sense for the characters, so you might not have noticed. (Or, like us, you definitely noticed.) But any car nut worth his salt had to be suspicious at the site of all those SHIELD agents driving around in Acura MDXs in Thor and The Avengers.

But Audi has been the biggest automotive player within the MCU over the years. The brand got in early, plopping Tony Stark behind the wheel of the R8 back when the sports car and the shared universe alike were untested properties. They maintaining the relationship through all three Iron Man movies and the second Avengers flick. Come 2016, the carmaker is milking its product placement deal with Captain America: Civil War for all it’s worth; the Prologue concept, R8 V10 Plus, SQ7, A4, and A7 are all featured in the film, and the brand even cut an ad for the SQ7 replete with movie footage and put together by the film’s directors.

But even if the rabidly pro-American soldier Steve Rogers could put aside his feelings about driving a German car, it’s hard to believe he’d choose to putter around town in a suburban mom-mobile. So we at The Drive decided to put together a list of the cars we think the spandex-clad warriors of the latest Marvel movie would drive—if not for that manipulative villain known as Product Placement.

Having grown up in the 1920s and ‘30s, Steve Rogers would likely find the complex, computer-driven cars of today a little...excessive. He’d go for something simpler, and very American, like a Shelby Cobra. But Steve is a man who both enjoys a good rush and can handle power like few others, so he'd want something a little beefier. Carroll Shelby’s 800 horsepower twin-supercharged 427 Super Snake may have been too much for Bill Cosby, but it’d be just right for Cap.

Considering Elon Musk is basically the real-life version of Tony Stark, it seems likely the two would be friends in the MCU (in fact, Musk made a cameo hobnobbing with Stark in Iron Man 2). And the super-fast, tech-heavy Model S P 90D Ludicrous would be exactly the sort of car Stark would drive. Except his would be outfitted with an arc reactor providing infinite range. And it would have a witty A.I. like JARVIS or FRIDAY to handle Autopilot duties. And it would have Plaid Mode, where repulsor afterburners deploy to blast it from 0-60 in 0.8 seconds.

We're getting way too excited about this. Moving on.

The understated choice of plutocrats and royalty on the go, the latest armored Maybach is a perfect fit for the king of the (fictional) African nation of Wakanda. It’s ideal for being driven around in—but since T’Challa is a hands-on kinda guy, he’d be glad the Maybach isn’t a chore to drive. His car would obviously be outfitted with vibranium armor, to protect the king from assassination attempts and random Hulk attacks.

Because he has three kids, and Hawkeye sucks.

She’s a young girl who’s gone from Eastern European poverty to a mind-controlling, telekinetic member of America’s supreme super hero team. She’s going to treat herself to a stylish, look-at-me-mobile. Besides, if she bought a car with more than two seats, those weird older sisters of hers might try to bum a ride.

Scott Lang just got out of prison, like, a year ago. That fancy shrinking suit of his was a gift. He's sworn off his larcenous (for personal profit) ways. You think he has the cash for a car? And hey, he’s a regular 40-something dude who fights alongside legitimate superhumans and demi-gods. He needs all the cardio he can get.

A Corvette actually isn’t far off Natasha Romanov’s pace, but as a Russian-born super-spy, she’d likely want something more exotic. It’d need to be fast, sure, and it’d need to be flashy—but not the flashiest thing on the road, either. The California T splits the difference nicely between supercar and distinguished gran turismo, letting her stand out or fade away as needed.

Back in the first Iron Man, Rhodey drove a Dodge Ram—but since Marvel felt comfortable recasting the part with a different actor, we feel okay recasting his ride. Also, as an Air Force pilot, he’d probably appreciate the military-grade aluminum body.

Bucky Barnes has lived one hell of a life. He fought in WWII, nearly died, was saved by evil HYDRA scientists, given super-soldier serum and an indestructible metal arm, and then brainwashed into being an assassin for decades. The dude deserves some fun. Also, as a man who enjoys the accelerative rush of jumping off buildings, he probably needs a hell of a lot of motorcycle to get his adrenaline flowing.

Sam Wilson is a military man, so a Jeep is an obvious fit. He often finds himself on the run from folks who wish him ill, so he’d need something fast. Occasionally, he unfurls a set of robotic wings from a backpack and flies away, so he’d want a convertible. Bingo: Hellcat-powered Wrangler.

As a cybernetic organism with an emotional range that would make Spock think him dull, the Vision would be likely to choose something that was eminently practical and lacking in charisma. And he’d probably buy lightly used, because that’s more responsible. Also, he can fly, so what the hell does he need a fun car for?

He’s a teenager from New York City, he doesn’t have his driver’s license, and there ain’t many tall buildings to web-swing between in Forest Hills. 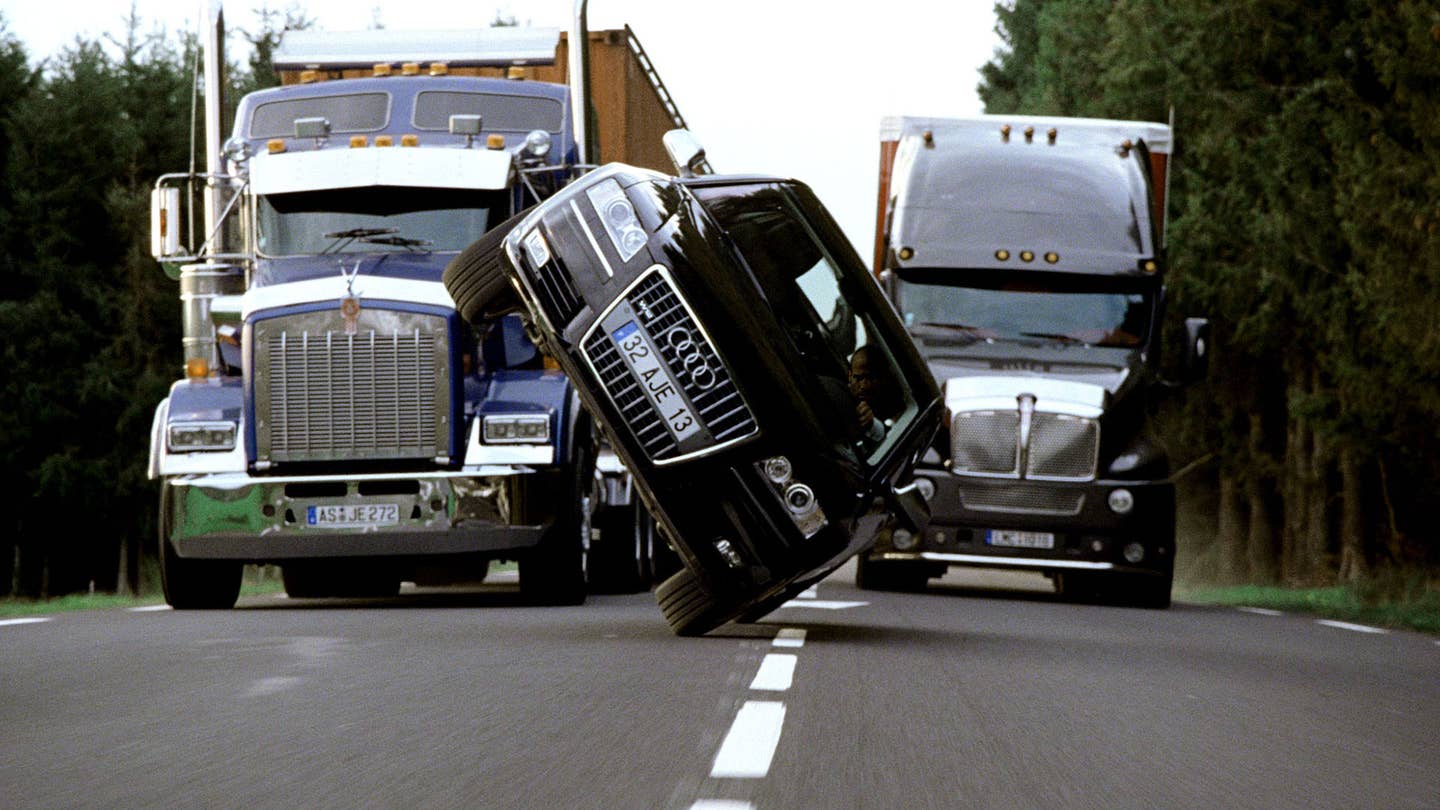 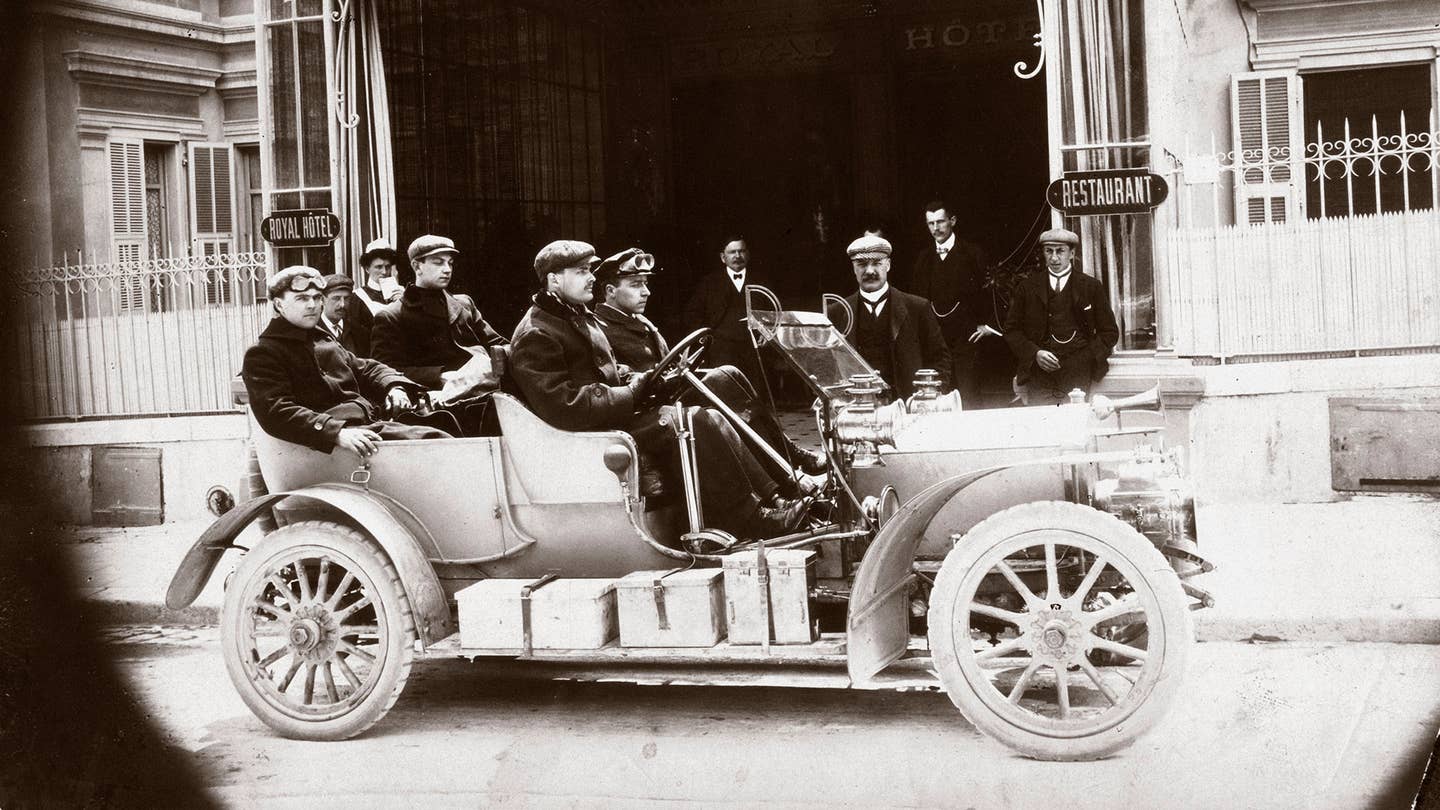 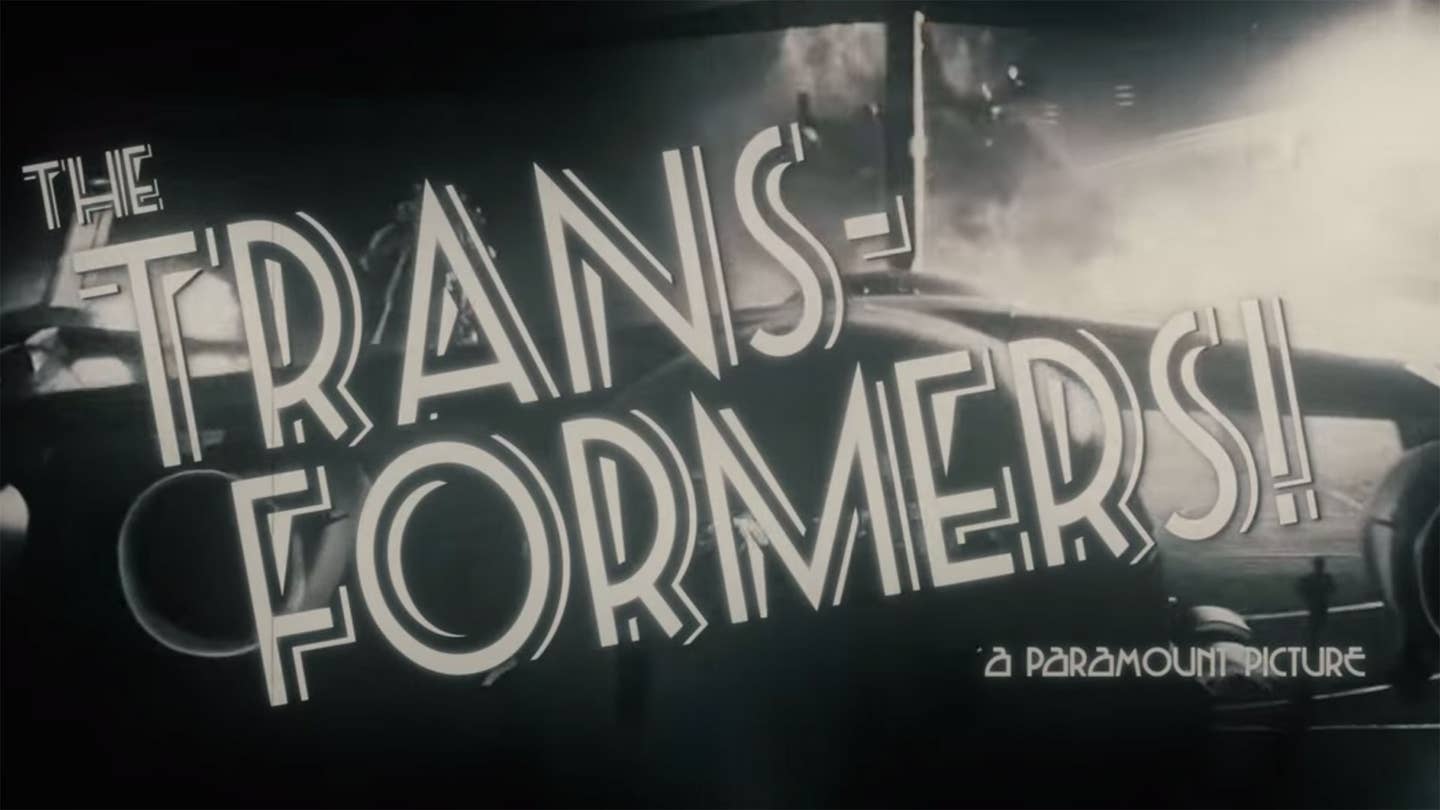 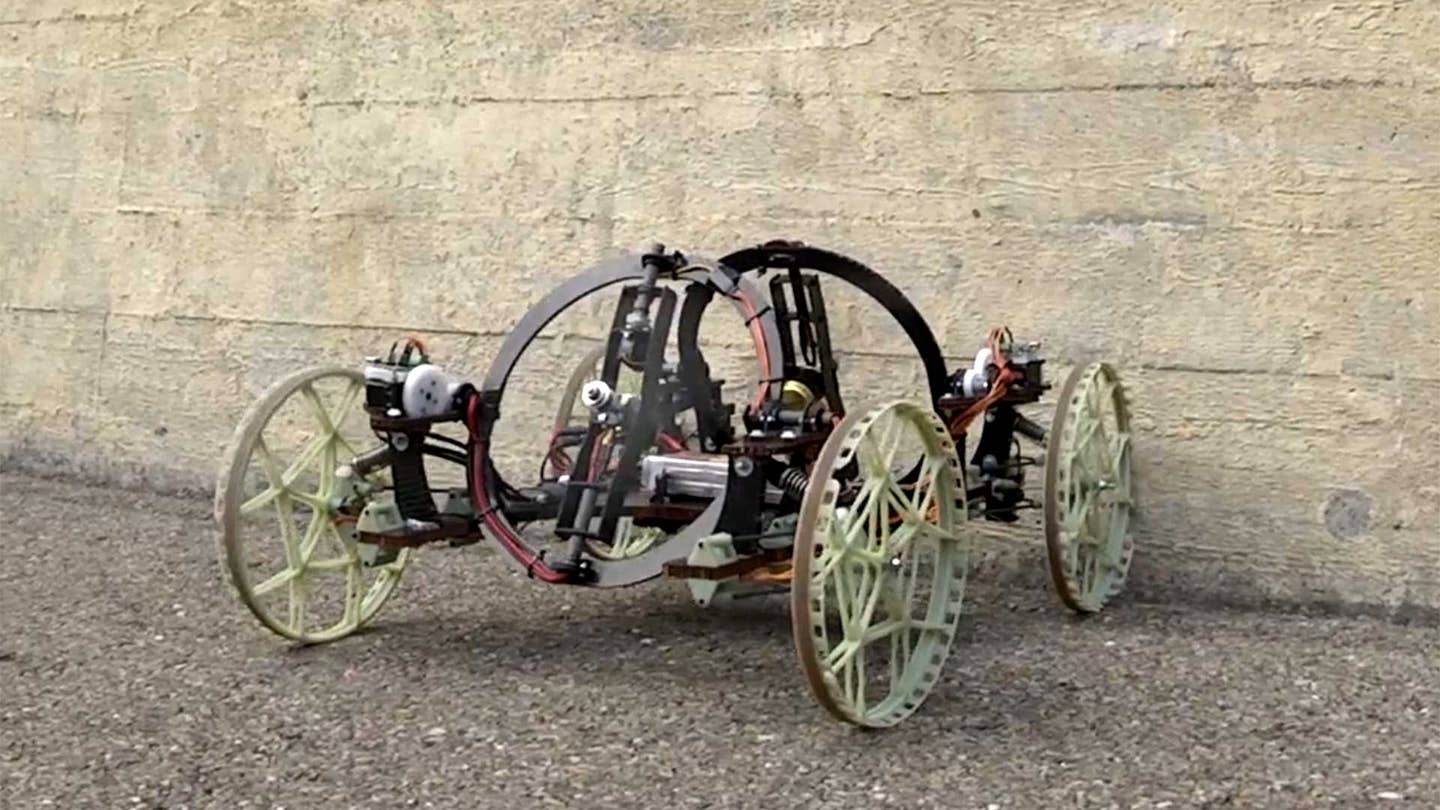 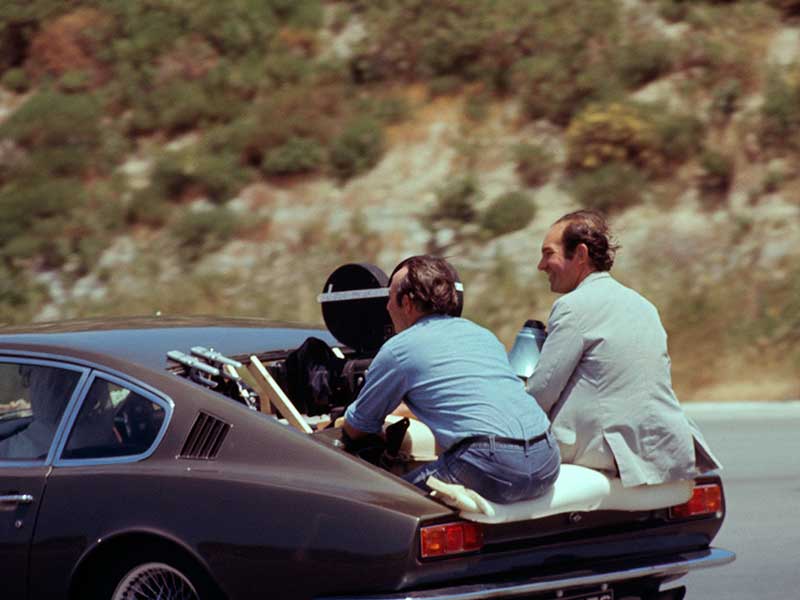