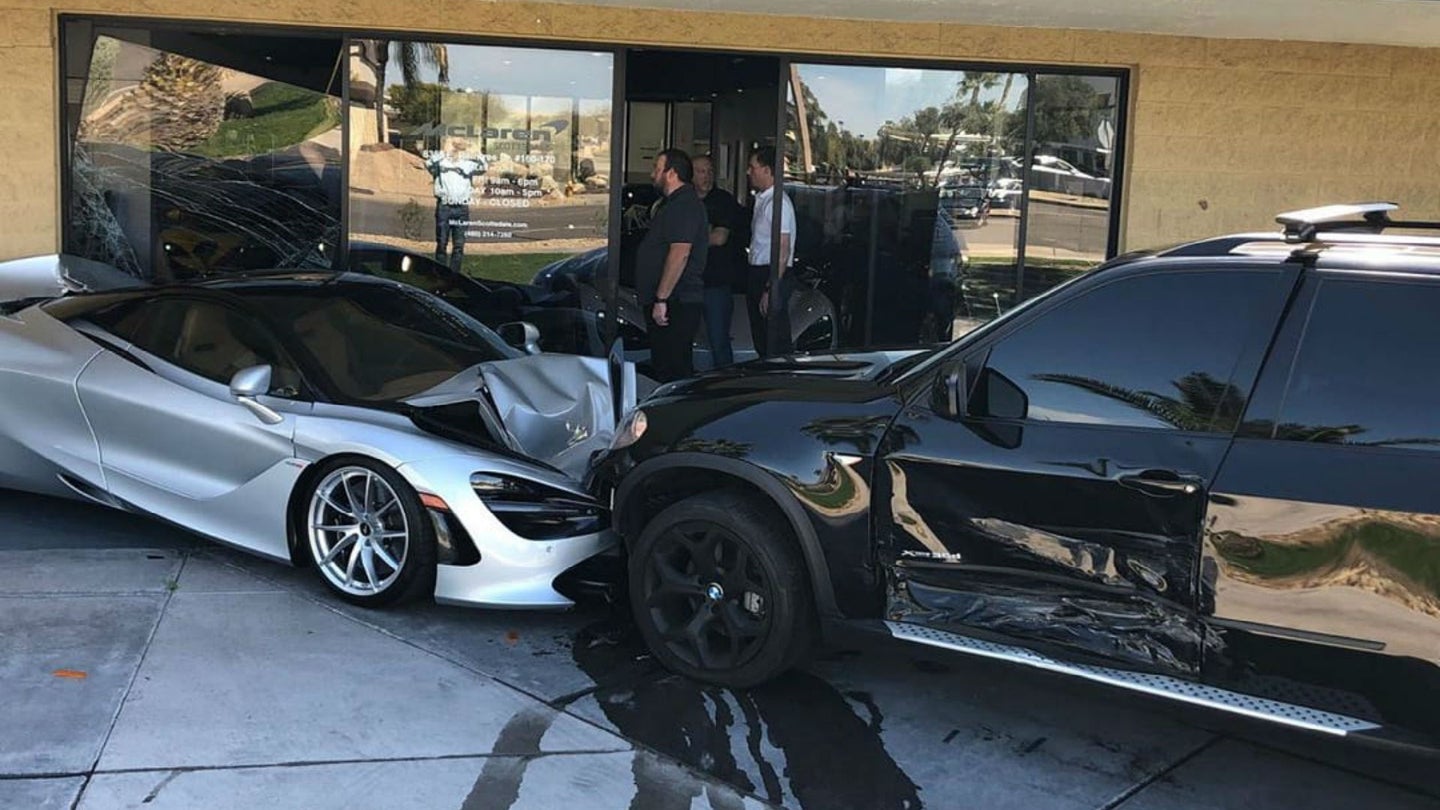 Anyone's day can go from bad to worse when there's a car accident involved, but some rank higher on the totem pole of misery than others. Late last week, gasp-worthy news emerged from Scottsdale, Arizona when a BMW X5 driver was sideswiped by a vehicle and sent crashing into a nearby McLaren dealership, crushing a 720S supercar that was parked out front and pushing it far enough to break one of the showroom's windows.

In this case, damage to the building itself looks relatively minor with only the broken window and maybe a cracked exterior wall. The same can't be said for the Bimmer or Macca, however, as they both got badly banged up from the incident. A stream of oil can be spotted on the concrete, likely coming from the SUV since it's the only one with its engine at the front in this crash. Still yet, the McLaren is likely to be a total loss.

The 720S's frunk crinkled upon impact, as did its front bumper. It was tragically sandwiched between the BMW and the building, busting up its rear-end completely. Photos posted to Facebook show the British exotic's rear wing cracked down the middle, with the bumper, quarter panel, and engine cover all in sorry shape to boot. There's no official word on if the wreckage caused structural damage to the McLaren, though it seems like a sure thing.

For good measure, it looks like another 720S that sat just behind the dealership's window was also affected, albeit not as much. There's a good deal of scuffing on the front end, though it's hard to spot anything past that.

To show just how expensive this crash was, the cheapest McLaren 720S you can buy new costs $299,000. Tack on any options, like essentially all of them have, and you start nudging closer to the $400K mark. The BMW, on the other hand, only costs a fraction of that.

Still, pour one out for this X5—as it died a warrior's death.