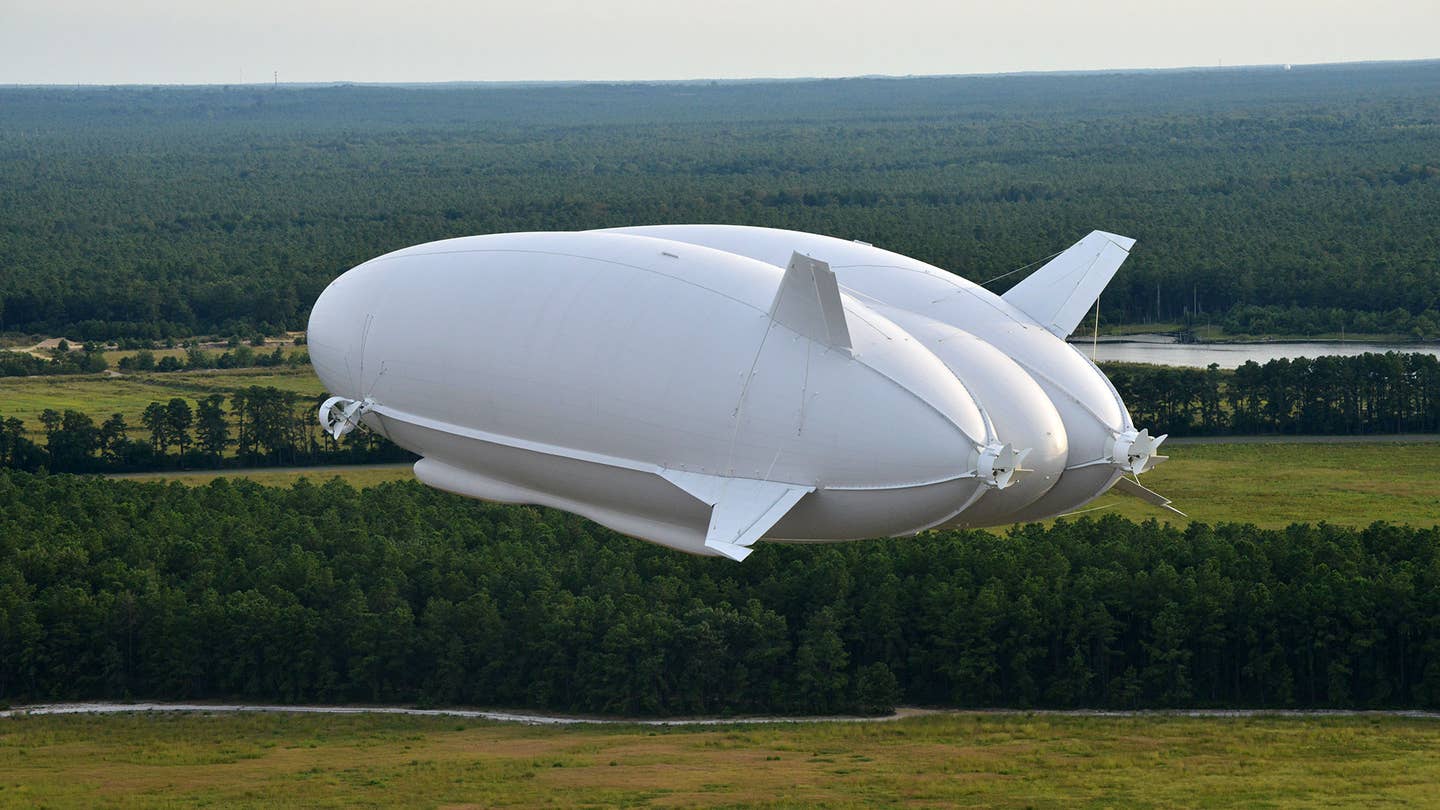 The new age of the airship is placing its tiny hopes on the ample roundness of the Airlander 10, the largest aircraft in the world. At 143 feet wide, 85 feet tall, and 320 feet long it is six feet taller and 64 feet longer than an Airbus A380 (as large as that is, the English and German blimps from the early 1900s were two and three times larger). After a failed attempt at military service the airship’s designer, UK company Hybrid Air Vehicles (HAV), has been reengineering it for commercial use with help from UK and EU research grants, a crowdfunding campaign that raised $890,000, and $360,000 from Iron Maiden lead singer Bruce Dickinson.

The bladders are made of composites like Vectran, Kevlar, and Mylar and don’t contain any internal structure – filling them with helium makes them rigid. Their total volume of 1.34 million cubic feet is broken into chambers that transfer helium to maintain shape as the inert gas changes volume at different altitudes. Additional air bags called ballonets can be filled or emptied as ballast. Able to haul 10 metric tons at a max altitude of 20,000 feet for five days at a time, there’s already an Airlander 50 being planned that can haul 50 tons.

The “hybrid” part is that the Airlander 10 employs flight aspects of a dirigible, an airplane, and a helicopter. Being lighter-than-air provides 60 percent of its lift, its airfoil shape provides 40 percent of lift when it’s flying, the thrust of its four engines can be vectored for steering and vertical takeoff and landing.

Four propellers driven by 325-horsepower turbocharged V8 diesel engines can get it up to 92 miles per hour, swift enough to carry 48 passengers from London to Paris in under 2.5 hours at its top speed of 92 miles per hour. Each engine operates independently, so if they all failed the Airlander 10 would gently descend to the ground and be able to land anywhere thanks to its retractable pneumatic skids. Even with a ten-percent loss of helium annually, its builder estimates operating costs that are one-fifth those of a helicopter.

The airship can even take small arms fire and stay airborne because it began life in 2010 as a $297-million US Army project. Back then it was meant to stay aloft for up to three weeks without a crew, serving as an aerial surveillance and reconnaissance platform, and communications relay in Afghanistan.

Flight tests are scheduled imminently, if they go well then HAV wants to make proper flights for investors later this year and be building 12 Airlanders annually by 2018. They won’t come cheap, with an estimated price of $35 million. Not bad considering an Airbus A380 runs $414 million before goodies, but there is the ginormous matter of parking…