They're autonomous, online, and coming for a lot of people's jobs. 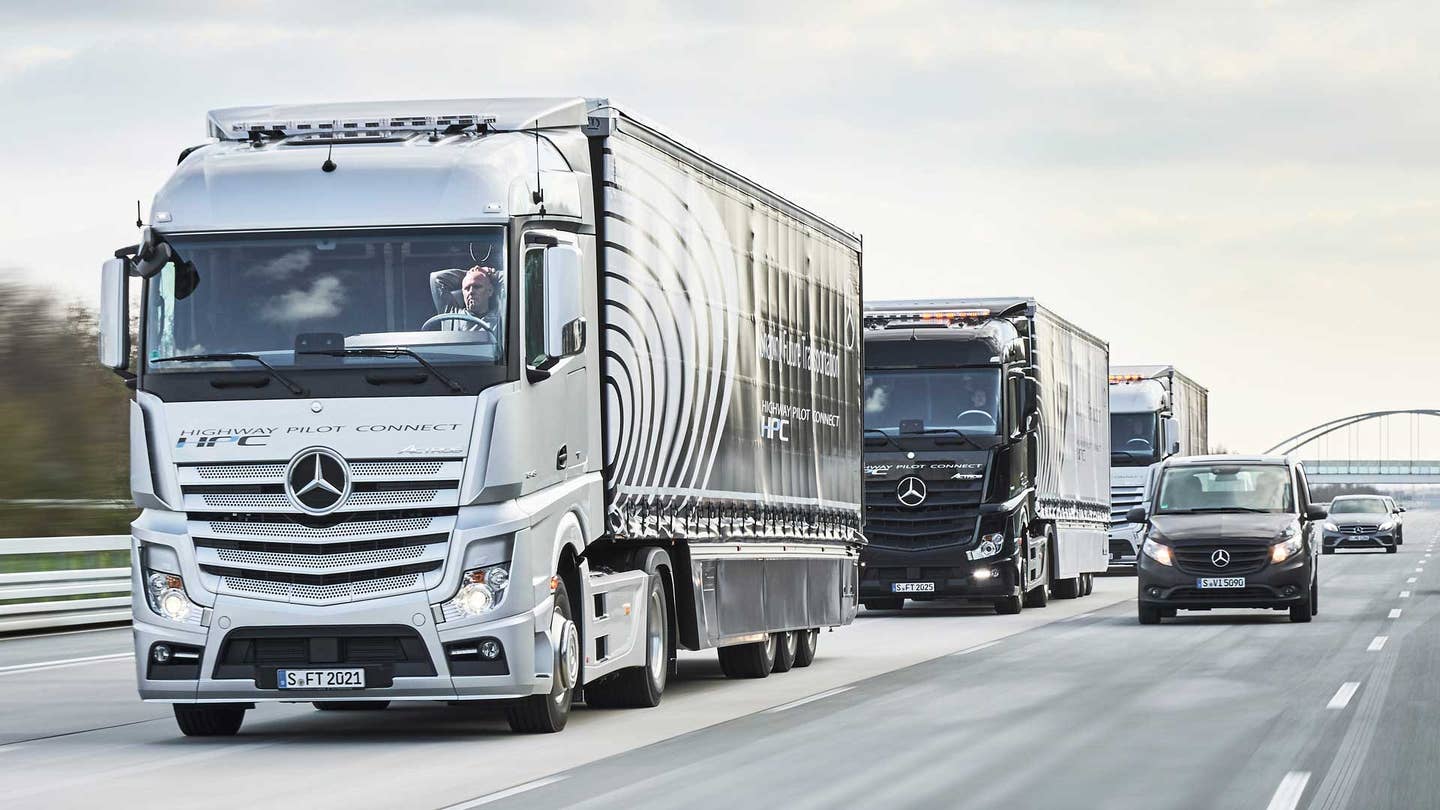 Think autonomous vehicles have the potential to mess up your life? Imagine being one of the millions of long-distance truck drivers out there. While you're concerned about unwinding on that twisty section of road between the house and office, they're worried about feeding their family in a few years' time. And that dark future has just taken a big step closer to becoming the present: Daimler has virtually linked up a trio of Wi-Fi-connected autonomous big rigs, and unleashed them onto the German Autobahn.

By linking the trucks into what Daimler menacingly calls a "platoon," the self-driving semis can run closer together than if they were being driven by squishy, slow-reacting humans. This, in turn, cuts the amount of space the three trucks take up in half—and has the handy benefit of boosting fuel economy by around seven percent.

That's just the tip of the iceberg for Daimler's Internet-enabled autonomous semi-trucks, though. The company forsees a future where the trucks are in constant communication with clients, allowing for realtime estimates on arrival times, and, in turn, businesses to adjust plans on the fly. Service intervals can be more accurately calculated and scheduled more efficiently. Trucks will know the best ways to avoid traffic and the best places to refuel. All of which saves time, money, and energy—and effectively negates the need for humans in the cabs.

While the trio of self-driving trucks is, for the moment, a one-off trail specially authorized by the government, Internet-connected trucks are already becoming ubiquitous. Daimler says 365,000 of its commercial vehicles are already online thanks to the company's FleetBoard and Detroit Connect features.

"Today Daimler lays the foundation for the third industrial revolution," says futurist Jeremy Rifkin. "This will fundamentally change the way we make business. The internet of things is offering completely new opportunities." But the truck drivers of the world probably don't consider unemployment a particularly good type of "opportunity."