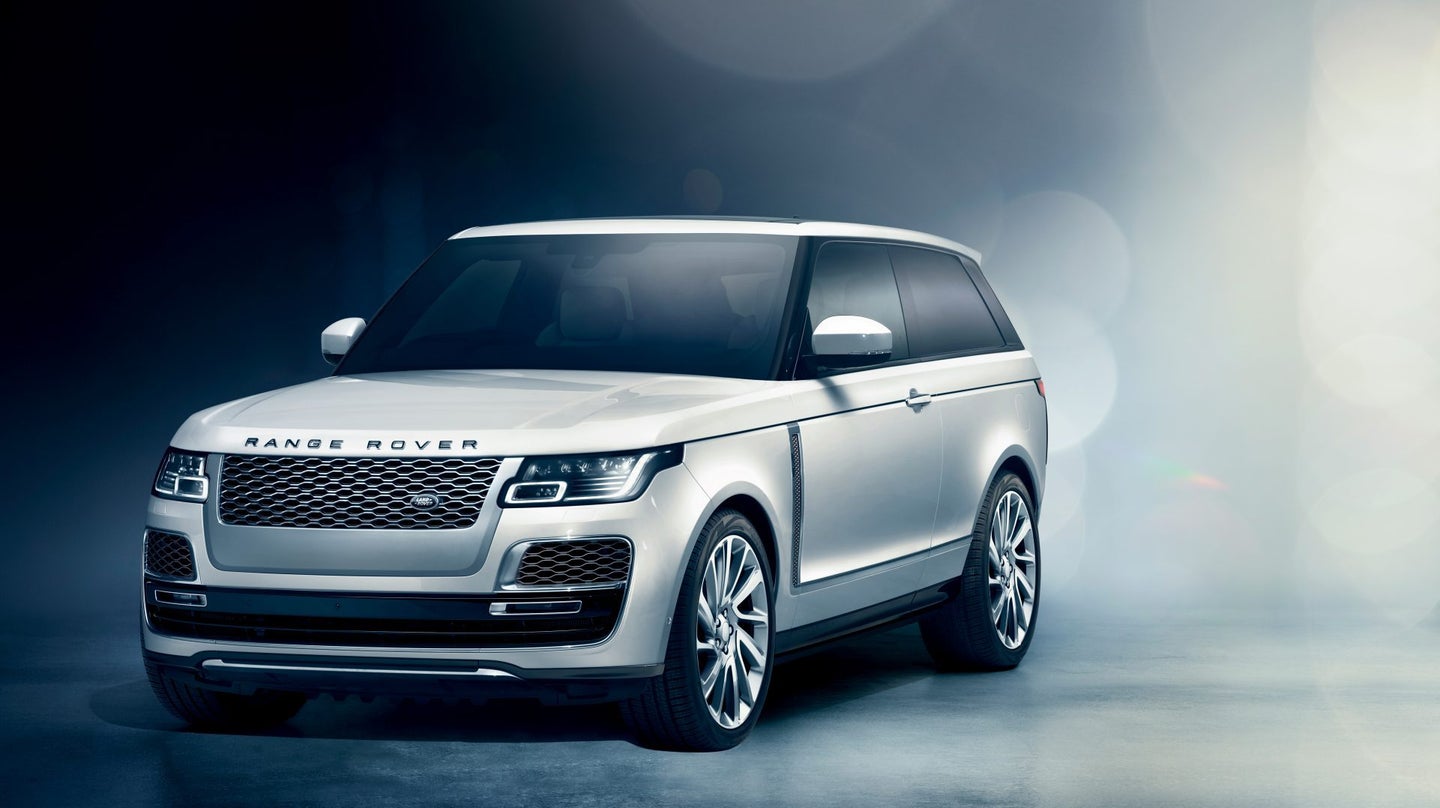 Land Rover confirmed Wednesday that it has canceled its planned two-door version of the Range Rover Autobiography, a sort of over-the-top SUV that would serve as the halo vehicle of the British brand.

The Range Rover SV Coupe was slated to be a high-performance, ultra-luxury SUV meant to compete with the Bentley Bentayga and Rolls-Royce Cullinan. It would have had a supercharged 5.0-liter V8, likely making 575 horsepower, and a price tag of approximately $315,000. It would have shared almost no components with a standard Range Rover, save for the chassis, hood, and lower tailgate. Production would have been handled by JLR's Special Vehicles Operations (SVO) Technical Centre, which planned on a limited run of 999 vehicles, but as of Wednesday, production will be 000 vehicles.

"We have taken the difficult decision to inform our customers that the Range Rover SV Coupé will not proceed into production," the automaker told Autocar. "Instead, Land Rover is focusing its resources and investment on the next generation of world-class products. With exciting plans for electrification, enhanced craftsmanship, innovation and technology we are working to ensure that we continue to offer our customers a choice of world-leading SUVs."

Resources originally dedicated to the project are being repurposed for mass-market JLR models, including the redesigned Discovery Sport, and returning Defender, which will also be sold in the United States. JLR has also dismissed over 6,000 employees over the past year as part of a downsizing campaign, so it may better weather an ugly Brexit, and lose less cash as its sales decline. These problems have not put the kibosh on limited-edition models, however; Jaguar revealed Wednesday a "Checkered Flag" edition of its F-Type sports car, though the special model's price point is tough to justify.