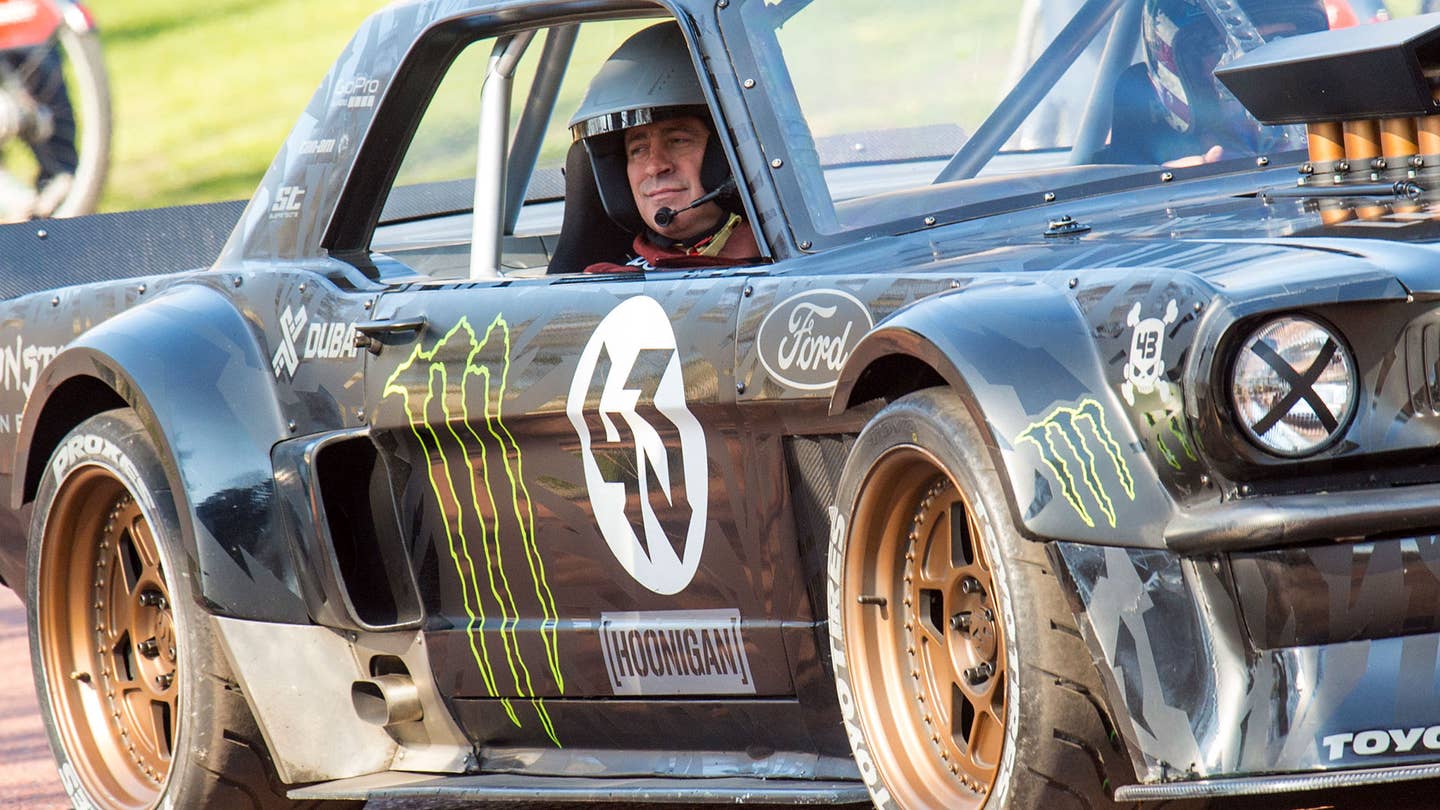 A lot of things can happen when Ken Block and Top Gear team up. The salivary glands of car nuts across the globe begin working overtime. Tire company executives rub their hands in glee. And odds are pretty good that somebody is going to wind up pissed off before the day is done. In this case, that "somebody" wound up being a good chunk London.

On March 13, Block was filming a shoot for the all-new, extra-Matt LeBlanc-y Top Gear in which he and The Actor Formerly Known As Joey tooled around London in Block's modified Ford Mustang known as the Hoonicorn. Normally, that wouldn't be much of a deal. London is no stranger to large-scale film shoots, be they Top Gear, Skyfall or Wayne's World 2. And apart from Chancellor of the Exchequer George Osbourne, who took to Twitter to moan about the howling tires outside his office window, the response was fairly muted.

The real brew-ha-ha exploded, however, when the public realized Block and LeBlanc (who we're giving the celebrity couple nickname "LeBlock") were not only hooning it up in front of the Houses of Parliament, St. Paul's Cathedral, and Tower Bridge, but were also doing donuts right by The Cenotaph—a memorial to the war efforts of women during World War One.

Unsurprisingly, the stunt pissed off a fair number of people. "This is a sacred tribute to millions of people who have done far more for their country than Chris Evans and Matt LeBlanc ever will," Colonel Richard Kemp, former commander of British forces in Afghanistan, told The Telegraph. "It is very disappointing that the new BBC Top Gear programme is being aimed at a target audience who think it's a reasonable thing to perform donuts around the Cenotaph."

While Top Gear producers claimed the stunt had been approved by the government, the local council quickly moved to state that they were shocked—shocked—to find that Top Gear had been engaging in hoonery. "There was no discussion between BBC producers and Westminster City Council about wheel spins and a 'doughnut’ and permission would not have been given to do so," the council said in a statement.

Top Gear presenter Chris Evans said on BBC Radio 2 that he and the rest of the team were ashamed that they hadn't realized people would freak out about doing donuts past a war memorial someone had approved such an abhorrent stunt. "It doesn't matter what actually happened, it doesn't matter what the circumstances were that could explain this away, what is important about this is what these images look like and they look entirely disrespectful which is not and would never be the intention of the Top Gear team or Matt [LeBlanc]," he said.

Reports that Jeremy Clarkson, James May and Richard Hammond could be heard laughing from a great distance could not be confirmed.