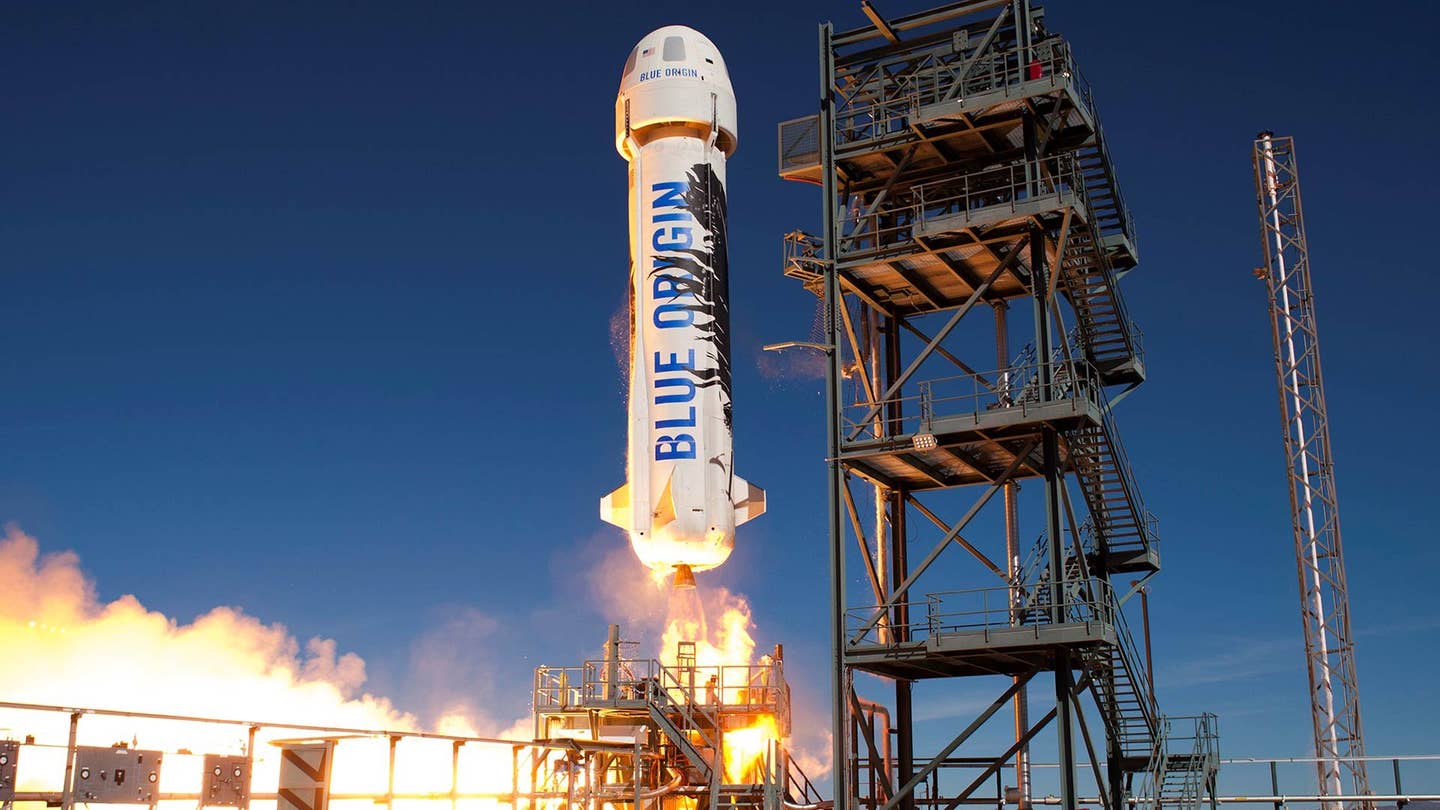 Jeff Bezos, CEO of Amazon, recently took journalists on a tour of his pet project facility. And not where he's been toiling away to deliver diapers via drone, but Blue Origin, a rocket ship factory in Washington State. Like Elon Musk's SpaceX and Sir Richard Branson’s Virgin Galactic, Bezos wants to make space travel, and cheap interplanetary cargo hauling, a reality.

Also like Musk’s SpaceX and Branson’s Virgin Galactic, the key is rocket recovery.

Blue Origin managed just that last November, when its New Shepard craft successfully went into space, then managed to both land its transportation pod and get the rocket back on Earth. According to a New York Times reporter on the tour with Bezos, Blue Origin is now testing a new engine called the BE-4. That's set to go fully online by 2019, with testing beginning by the end of the year.

The big deal here is that the BE-4 would allow NASA to end its dependence on the older, Russian-made RD-180. The former will offer more thrust capacity (1.1 million pounds vs. 860,000 pounds), meaning NASA and private contractors could bring bigger payloads into space. BE-4 is also capable of variable thrust, which allows Blue Origin to use it for reverse propulsion, making it easier to recover New Shepherd after successfully delivering payloads into orbit. And because Blue Origin can re-use rockets, the solid motor is designed to be removed, saving $10 million per flight.

The glam side of Blue Origin, just as it is with SpaceX and Virgin Galactic, is space tourism. Bezos says that could begin as soon as 2018, with short, sub-orbital flights of six passengers at a time.