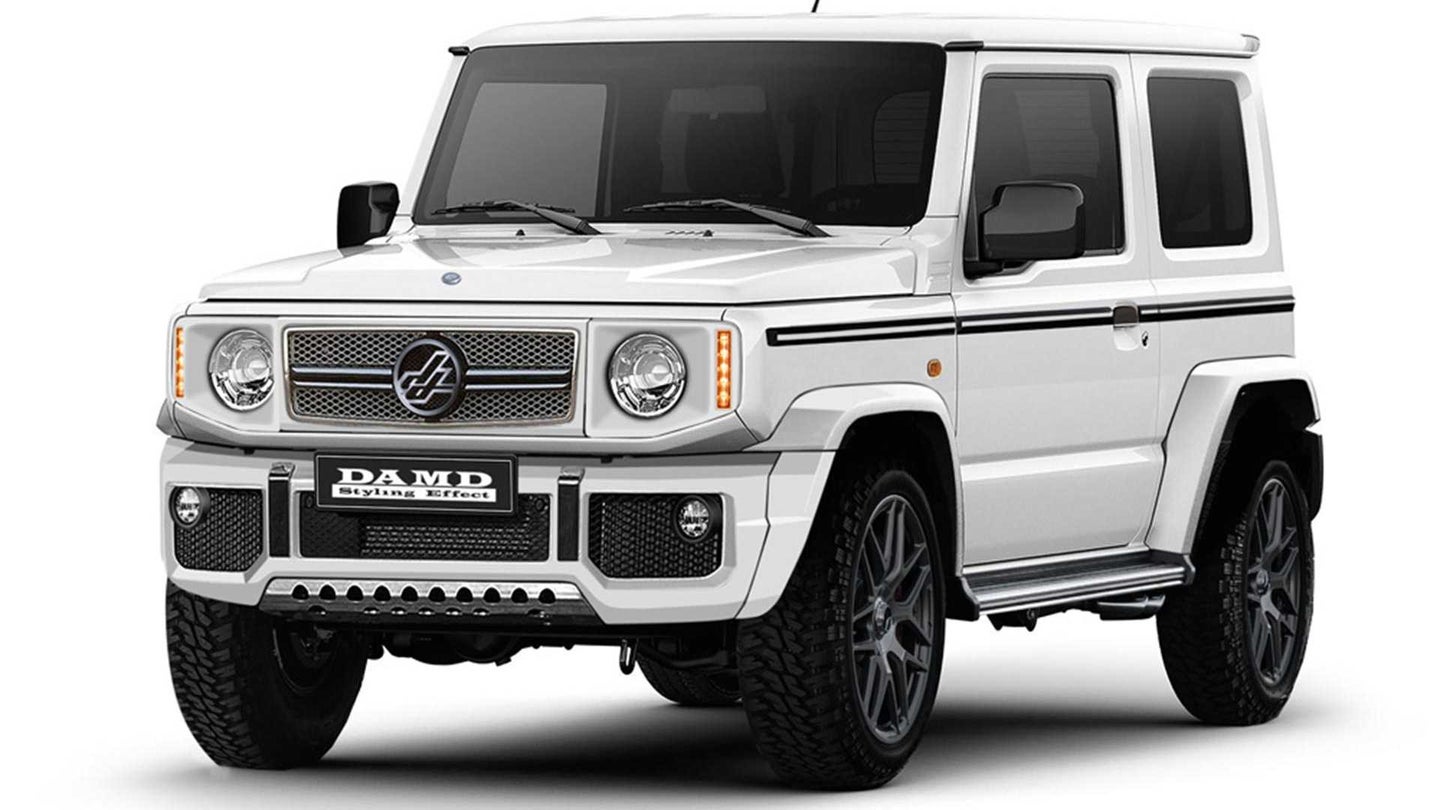 Two body kits from Japanese aftermarket part company DAMD give the new Suzuki Jimny the same appearance, albeit on a fractional scale, as a Mercedes G-Class or Land Rover Defender—for better or worse.

The Little G and Little D styling kits for the recently made-over Suzuki Jimny are in development and will make the model look like a smaller version of the much larger, much more expensive Merc or Landy. These kits are made up of front and rear bumpers, a new hood, fender flares, side steps, and copy-cat wheels to mimic the respective models mirrored through the kits.

Production of the body kits will begin in the first quarter of 2019, and the Japanese tuner is yet to release pricing information—according to its website, that and other details have yet to be decided. It’s also unclear if it plans to make the body kits for the short-wheelbase version of the Jimny, or long-wheel/bigger overall Jimny Sierra, or both.

Aftermarket body kits and other parts are a natural market progression when you consider the success of the re-launched Suzuki Jimny. The small four-wheel-drive SUV is now in its fourth-generation, and its latest redesign and new platform was a hot topic leading up to the unveiling over the summer.

The Jimny is a vehicle created with off-roading in mind, just in a smaller-than-typical package. In addition to the 4WD system, it also has a long-range transfer box, plus high- and low-range driving modes for peak go-anywhere ability. The 1.5-liter four-cylinder engine is backed by either a five-speed manual or four-speed automatic transmission, and comes standard with hill-hold and hill-descent control.