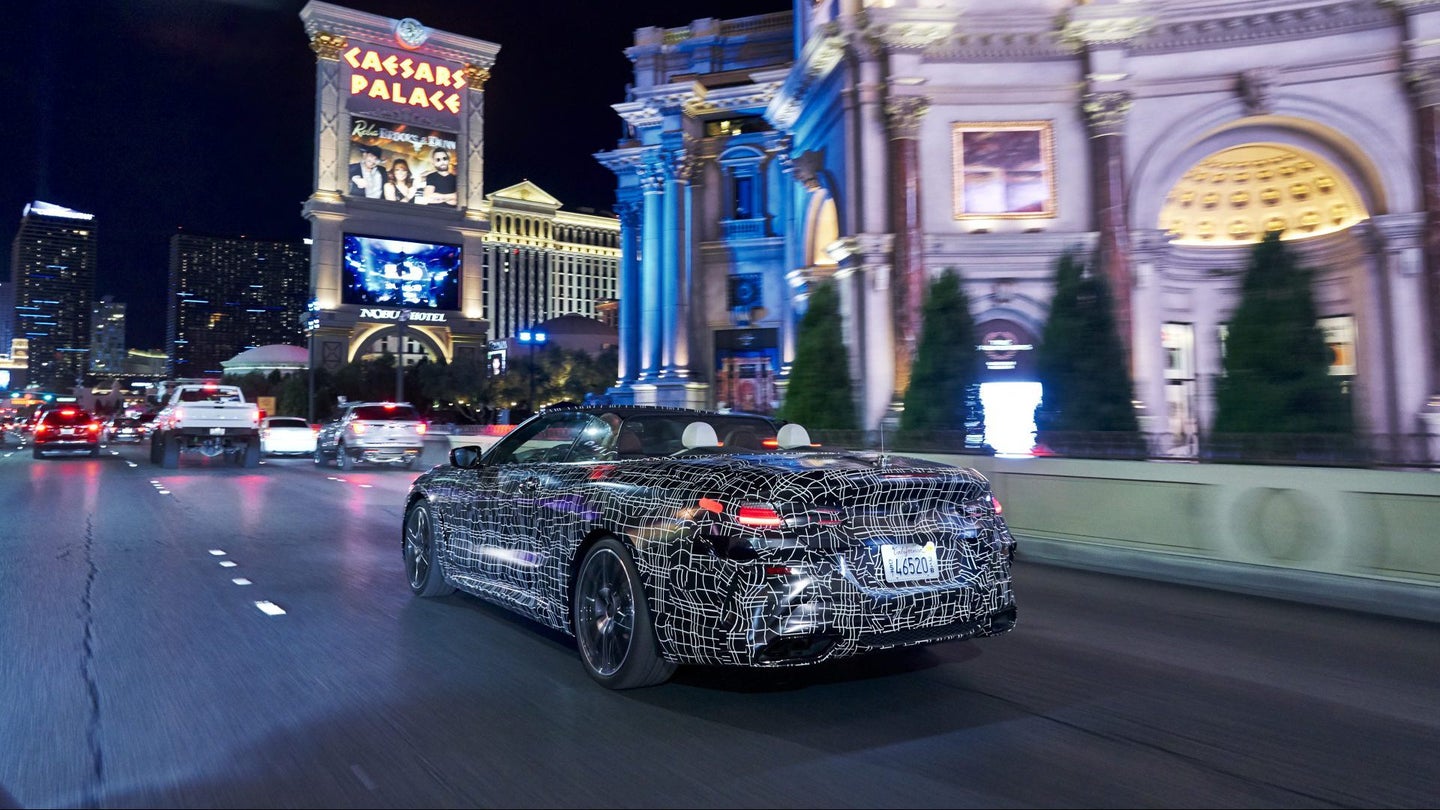 If you're in the market for a large, Bavarian luxury coupe but thought the M850i xDrive Coupe didn't let in enough sun, don't fret because BMW is taking the camo off of the convertible version very soon. Speaking to Roadshow on Wednesday, the automaker confirmed that its 8 Series Convertible would officially debut at the Los Angeles Auto Show in late November.

The drop-top 8er is expected to hit dealerships in the spring of 2019 and, as is par for the course, cost several thousand bucks more than the fixed-roof version which starts at $111,900. 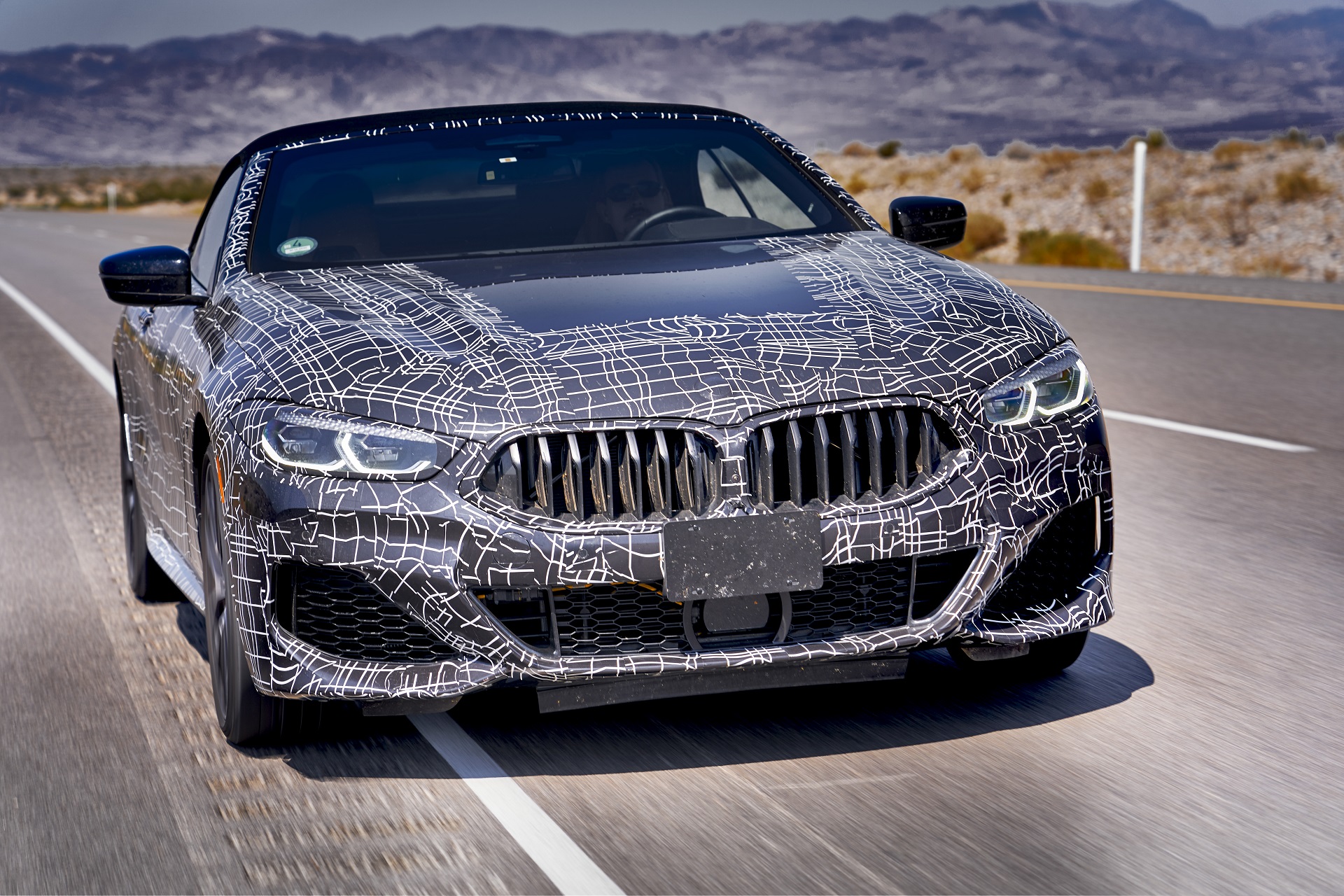 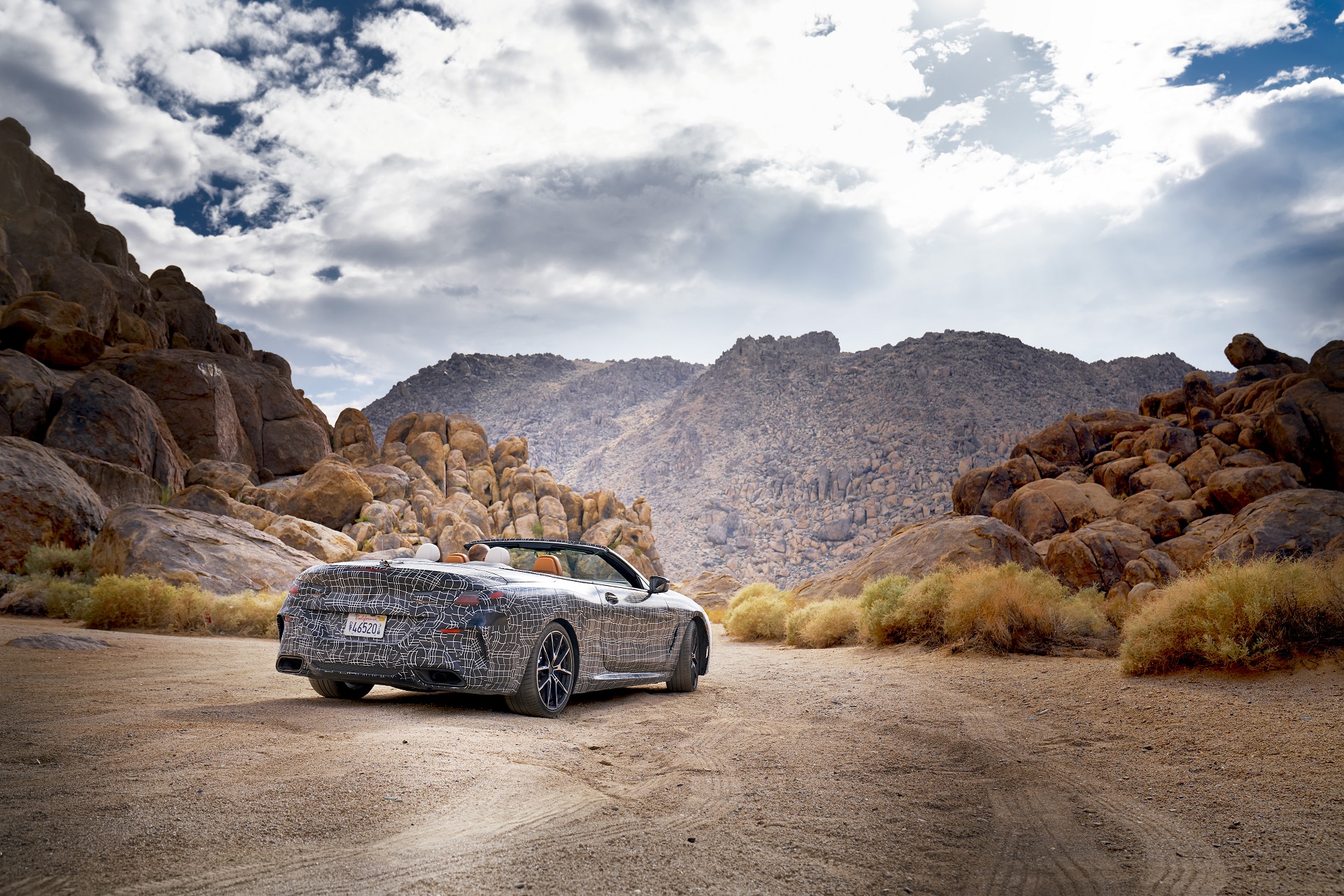 Speaking of 2019, the publication also says that a four-door 8 Series Gran Coupe is expected to debut at either the Geneva or New York Auto Show and go on sale in the summer. The high-performance M8 is said to arrive around the same time as the Gran Coupe and will reportedly be available in all three body styles: Convertible, Gran Coupe, and Normal Coupe. Powertrain details for the M8 remain a mystery but the 600-horsepower V8 out of the latest M5 sounds like a pretty good candidate.

The Drive has reached out to BMW for further comment and will update when we hear back.

UPDATE: In an email to The Drive, a BMW spokesperson confirmed that the M8 will definitely come as a Coupe and Gran Coupe but didn't explicitly verify the existence of a convertible. However, the Bimmer rep did point to a statement made by BMW chairman Harald Kruger that said the 8 Series range would eventually consist of six different models. "This could be interpreted as coupe, convertible and Gran Coupe body styles for both 8 Series and M8 series vehicles," notes BMW.

When it becomes available later this year, the 8 Series Coupe will only be available in one trim, the M850i xDrive, and come with a 4.4-liter, twin-turbo V8 good for 523 horsepower, 553 pound-feet of torque, and 3.6 seconds to 60 miles per hour. An eight-speed automatic gearbox, rear-biased all-wheel drive, and standard adaptive M suspension round out the technical highlights.