'If that car was made anywhere else, and Elon wasn’t part of the manufacturing process, they would make a lot of money,' said the analyst. 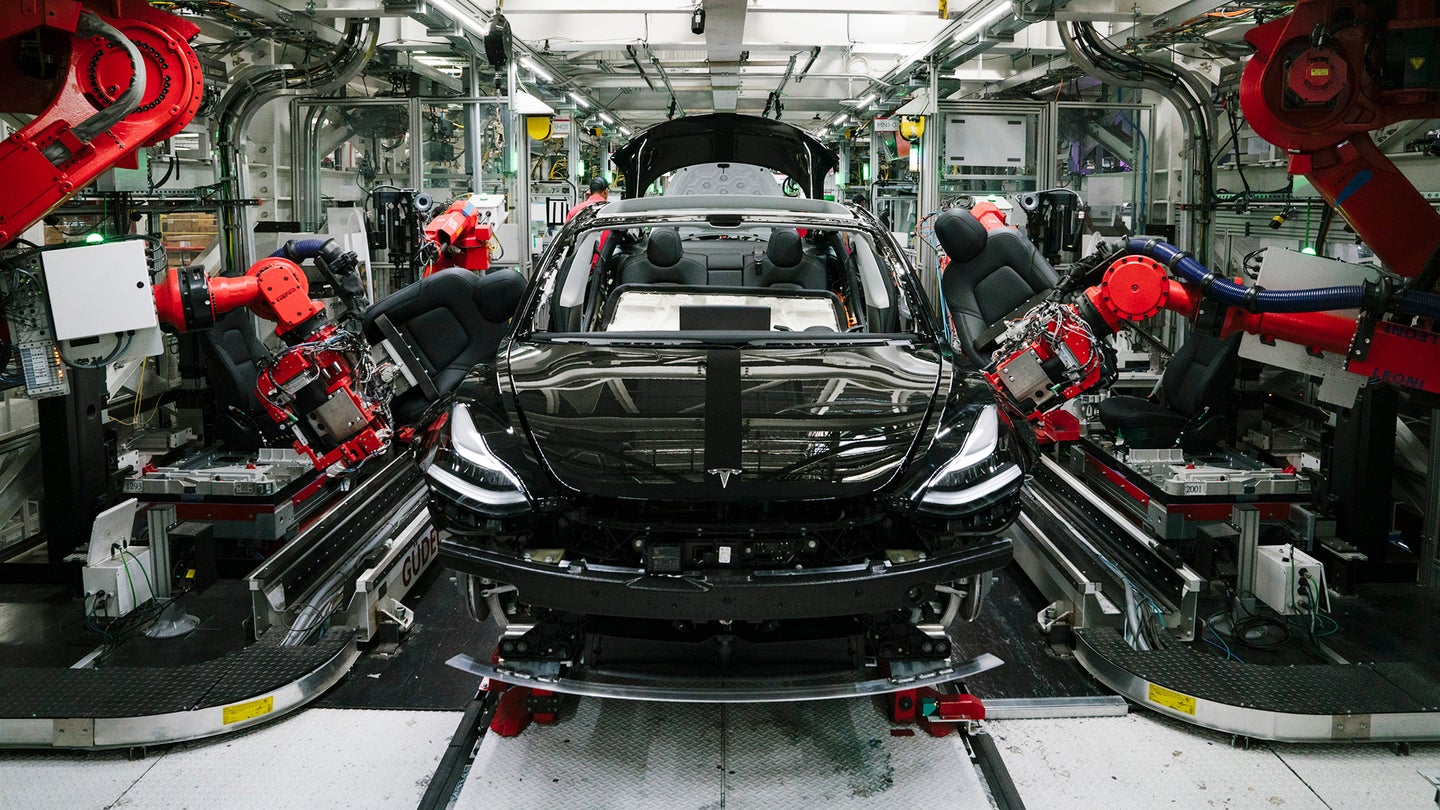 Sandy Munro, a manufacturing analyst who criticized Tesla's Model 3 after performing a teardown earlier this year, has broken his silence over the electric sedan once again. After spending 6,600 hours going over a Model 3 with a fine-toothed comb, Munro has his fair share of compliments and concerns over the electric sedan but is most critical of the automaker's manufacturing process.

According to Bloomberg, Munro and his team ripped apart a Model 3 piece by piece in a Detroit warehouse, taking notes along the way. After itemizing the cost of materials required to produce the Model 3, Munro estimates that it may only cost around $2,000 more to source parts than what it takes to build the BMW i3. Tesla's major expenses are believed to stem from the automaker's "unconventional" choices surrounding the production of the sedan.

“This body is their single biggest problem,” said Munro in an interview with Bloomberg. “It’s killing them.”

Tesla holds itself in high regards for topping the NHTSA's safety charts, which it does by making sophisticated engineering and design choices. However, Munro believes that there are also unnecessary steps taken with some reinforcements on the Model 3. Instead of adding an additional steel and aluminum frame on the bottom of the Model 3, the analyst believes that an adequate structural rigidity is already being produced with the battery pack that resides in the floor of the vehicle.

Further discoveries on the underside of the car attributed to Munro's diagnosis of over-manufacturing. The trunk well, where many automakers previously kept a spare tire, is made from multiple pieces of aluminum (nine in total) held together with welds and rivets.

“If that car was made anywhere else, and Elon wasn’t part of the manufacturing process, they would make a lot of money,” Munro continued. “They’re just learning all the old mistakes everyone else made years ago.”

Earlier this year, after Munro publicly critiqued the Model 3's design, he reportedly spoke with CEO Elon Musk and others at Tesla on a conference call. When certain complications were brought to Tesla's attention, Musk reportedly admitted to Munro that at least one undisclosed engineer was fired over decisions pertaining to the design of the Model 3. According to Bloomberg, Tesla says that its manufacturing process has changed since Munro's benchmark vehicle was produced.

Ultimately, Munro believes that the $49,000 Model 3 costs Tesla only $34,700 in materials to build. This indicates the potential for a maximum of a 29% premium on top of the manufacturer's raw cost, which, of course, is lessened by other expenses such as research and development, labor, as well as logistics that are not included in Munro's overall estimate.

Despite the criticism of the manufacturing decisions, the analyst commends the Model 3's technological advancements. Not only was the software far superior to other options on the market, but so are some of the technology-related engineering decisions found in the car.

Allegedly, what truly sets Tesla apart is the automaker's advanced electric motors. Munro believes Tesla's motor costs nearly 10 percent less than the competition and are better engineered than what can be found in similar electric cars, such as the Chevy Bolt EV. Earlier this week, Tesla showed off a drive unit in a seemingly pristine condition which Musk claimed had driven 1 million miles and was designed for "ultra high endurance".

One unconventional decision that was praised in the vehicle analysis was Tesla's reduced use of complex wiring. The automaker has greatly reduced the number of wiring runs throughout the car by using circuit boards instead of cumbersome wiring layouts, bringing down both material and labor cost, as well as lowering complexity by sprinkling silicon valley magic into Detroit-style vehicle engineering.

Munro reportedly sent Tesla a list of 227 suggested improvements on the Model 3's manufacturing process, but also noted a need for the company to make changes in its staff to become and remain profitable. If Tesla focuses on hiring staff that has experience in the auto industry instead of the technology sector, the automaker may very well be on its way to consistently posting profits.