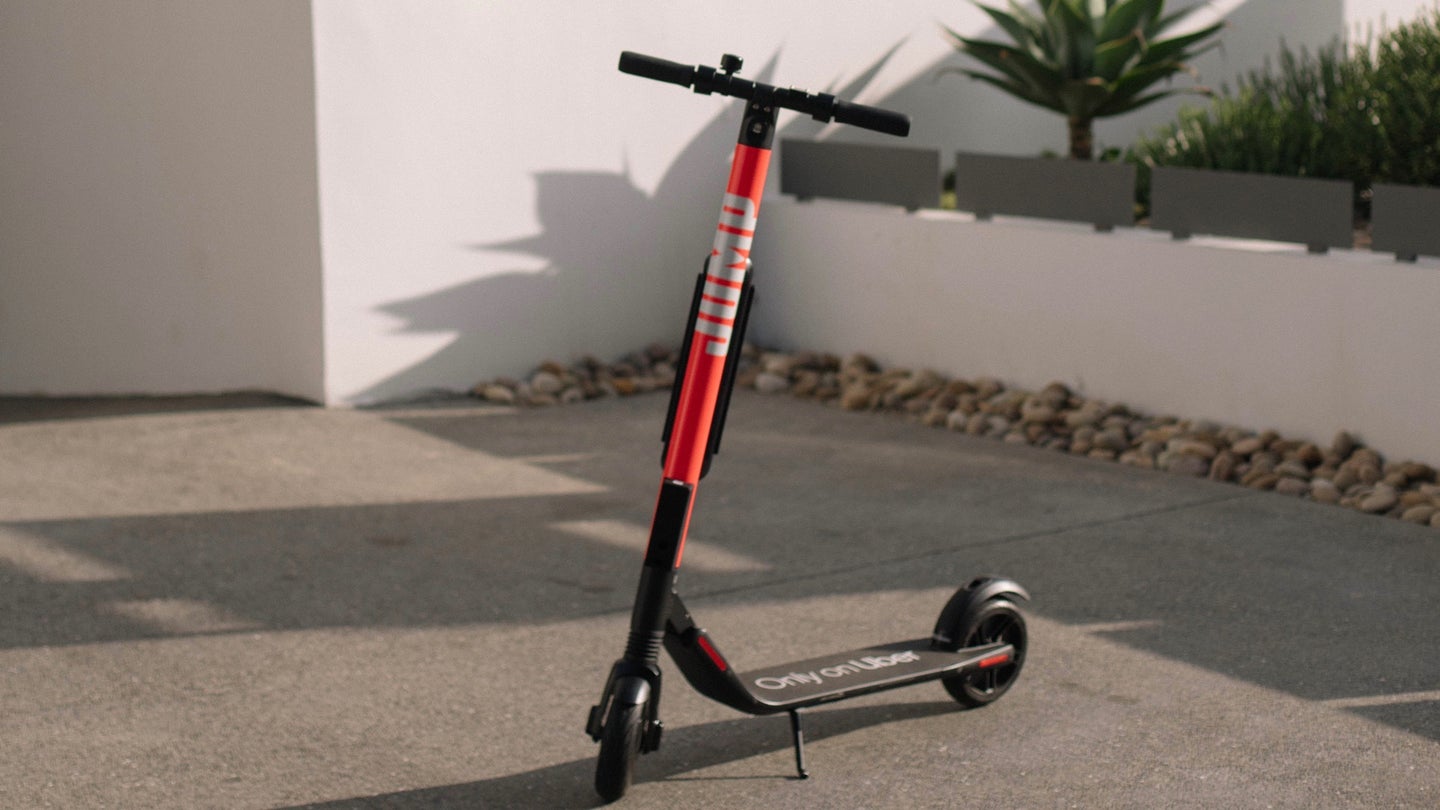 Uber deployed its first electric scooters in Santa Monica, California earlier this week, claiming that it believes two-wheeled transportation is the next logical extension of its business.

Santa Monica was one of the first cities to experience the scooter boom, with startups like Bird dumping scooters on city streets with no warning, leading to some aggravation for residents and officials. "Dockless" sharing services let customers pick up and drop off scooters anywhere, leading to scooters being left in inconvenient locations. Santa Monica hit the reset button recently, awarding operator licenses to Uber and four other companies. Those companies can deploy up to 250 scooters each over the next 18 months.

The scooters can be rented through Uber's app, but are branded for the ride-hailing company's Jump division. They cost $1.00 to unlock and 15 cents per minute to ride. The latter fee doesn't kick in for five minutes, so customers have time to locate their scooters. If a customer is walking to their designated scooter and finds an available one closer, they will also be able to swap their reservation to the nearer one. Riders are instructed to leave scooters in designated parking zones or face a $25 fine.

The actual scooters are manufactured by Beijing-based Ninebot, the parent company of Segway, which also supplies scooters to Uber's archrival Lyft, as well as startups Bird and Lime. With Lyft having already launched its first scooter-sharing operation in Denver, and Bird and Lime reportedly valued at around $1 billion each, Uber has some catching up to do.

But Uber appears eager to expand beyond ride-hailing. The company acquired Jump earlier this year for a reported $200 million and already runs a Jump-branded bike-sharing service in San Francisco. In July, Uber also announced a $335 million investment and Lime and plans to rent the startup's scooters through its own app.

Uber has already reconfigured its app to accommodate bike and scooter sharing and recently announced a series of initiatives to reduce traffic congestion in cities. These moves allow Uber to capitalize on the popularity of bike and scooter sharing, and address mounting evidence that its ride-hailing service is increasing urban traffic.