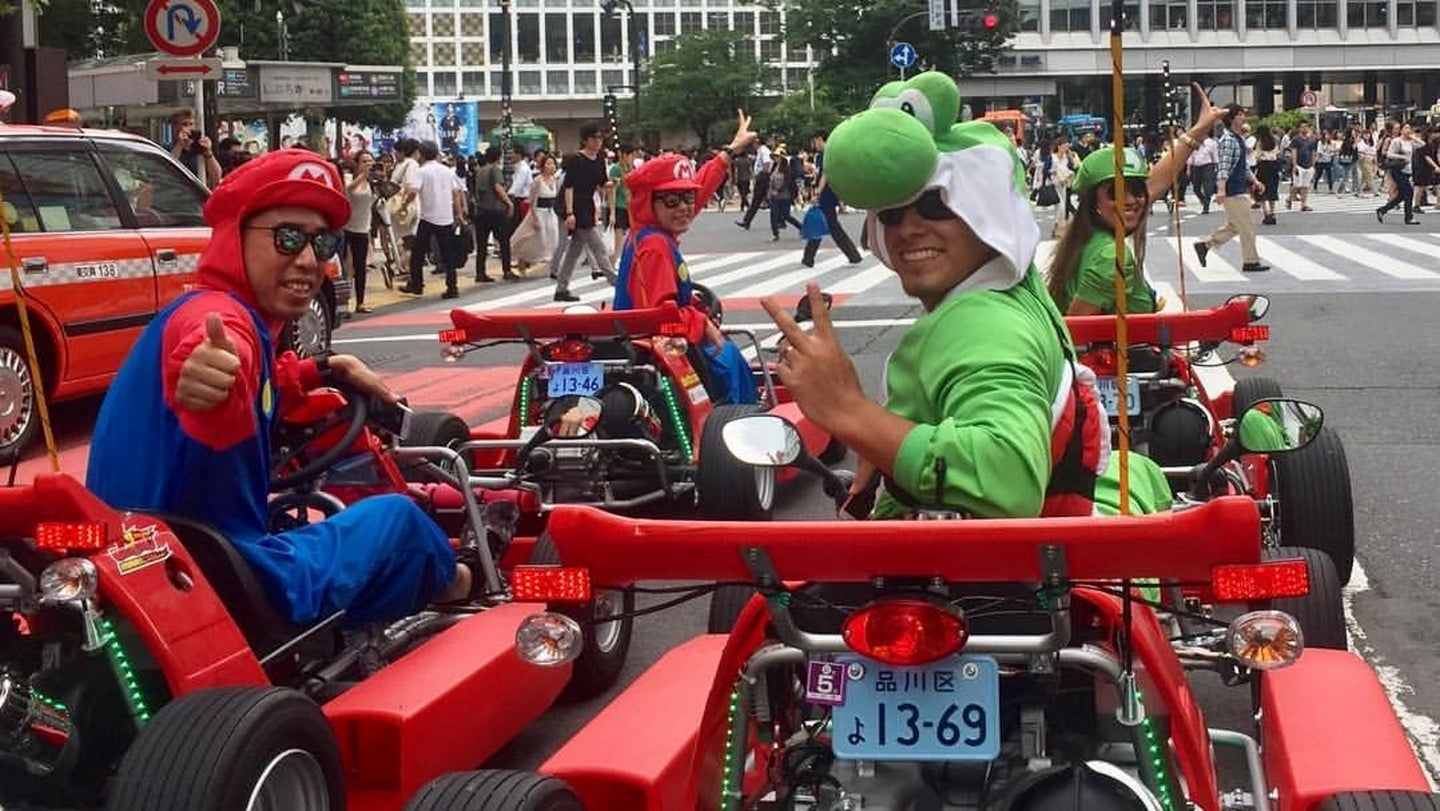 For a while now, tourists in Tokyo, Japan have been able dress up like their favorite characters from Mario Kart and rent a street-legal go-kart—styled to look like the ones from the popular game—to take a unique trip around the city thanks to a service called MariCar. There’s just one problem: the company never had permission from Nintendo, who just took MariCar to court and won, according to Digital Trends.

Nintendo has a reputation for cracking down hard on the unlicensed use of its intellectual property. Not surprisingly, Nintendo was none too pleased about the existence of MariCar. Imagine if someone got seriously injured or killed on one of these trips - headlines around the world would probably not include the word "unlicensed" in talking about a tourist dying in a tragic Mario Kart accident.

MariCar is still allowed to operate its business, but based on an order from the Tokyo District Court, it must cease renting out costumes that are blatantly based on Nintendo characters like Mario, Yoshi, and Princess Peach. MariCar also needs to pay damages to Nintendo in an amount that has not yet been confirmed, but Nintendo wants 10 million yen which is about $90,000.

According to MariCar’s website, its business “is in no way a reflection of the game ‘Mario Kart.’” Apparently everyone was expected to believe that driving around in a go-kart wearing blue overalls and a red hat with the letter “M” on it wasn't intended to represent Mario Kart. That little disclaimer wasn’t convincing enough for Nintendo or for the Tokyo District Court.