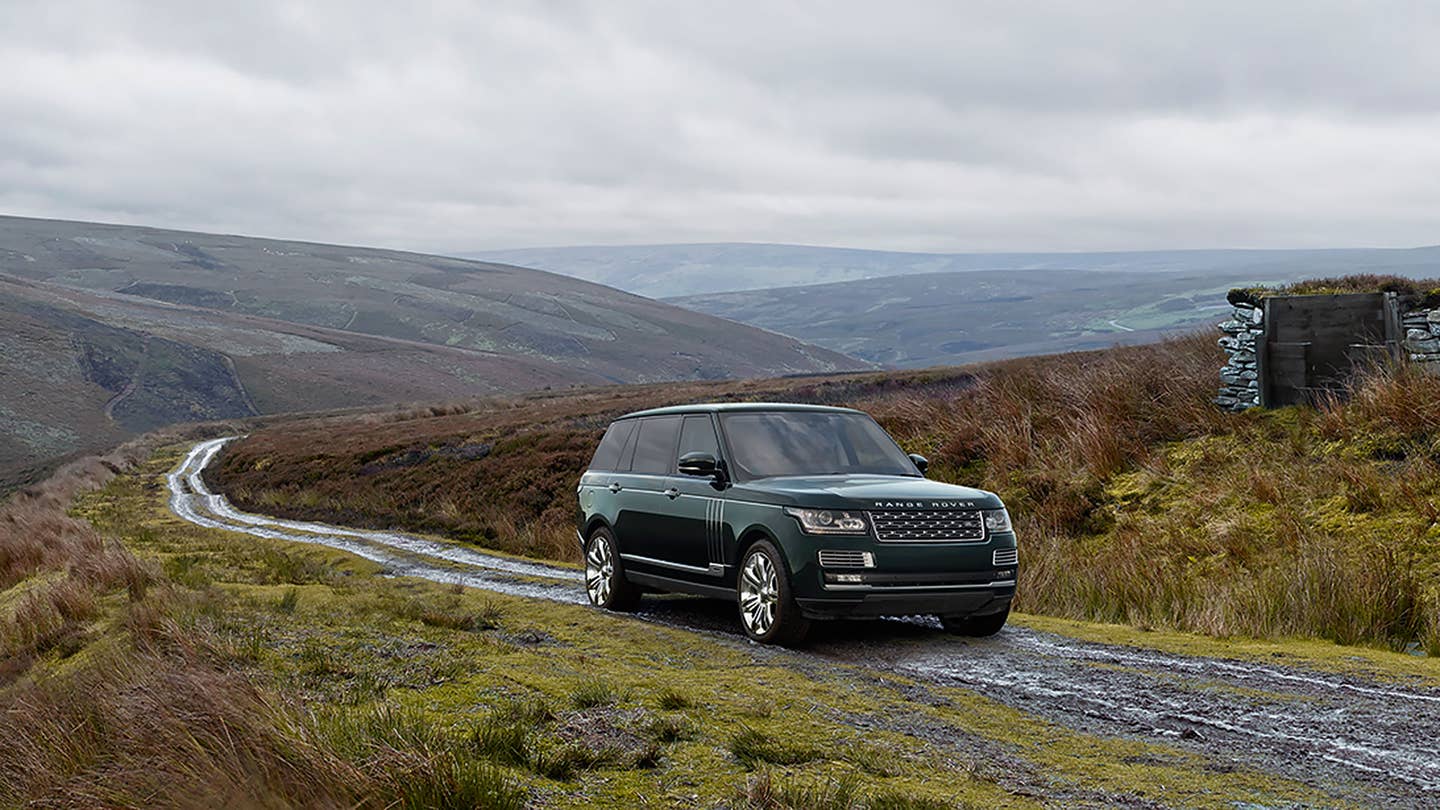 Range Rover and Holland & Holland are the crème de la crème of their fields (go-anywhere land yachts and hunting shotguns, respectively), each dedicated to building impeccably designed high-end equipment for the upper-class outdoorsman. And much like peanut butter and chocolate, they’re two great tastes that taste great together. Hence, the 2016 Holland & Holland Range Rover.

That extra $45K doesn’t just buy you a 550-horsepower SUV with a nameplate more blue-blooded than a lobster, though. The exterior paint is an exclusive shade of green (in fact, H&H’s signature color) while the interior is upholstered in a unique espresso-and-tan leather combination. The chrome trim and other brightwork features intricate designs, much like the trim on an H&H shotgun, while the SUV’s wood bits match the French walnut veneer used on Holland & Holland’s gun stocks.  The pièce de résistance of the 2016 Holland & Holland Range Rover, though, lies hidden under the trunk, like Nazi gold beneath a Swiss manor: a lockable, leather-trimmed gun case that can hold a brace of Holland & Holland firearms. (We suggest filling it with this pair of Sporting Deluxe over/under 12-gauge shotguns, which will add only around $134,000 to the cost of your new car.)

The price tag also grants you some serious exclusivity. JLR is only bringing 30 copies to the U.S. this year, so the odds of seeing another Rangie in that exact shade of H&H forest green are about as slim as winning the lottery. If you do see another, though, do explain to the owner what Powerball is. Folks who have enough money to drop a quarter-million dollars on an SUV don’t play the lottery because the lottery is for poor people who don’t know how to be fiscally responsible.

Land Rover Calls This “The Most Luxurious Road Trip on Earth”

Billionaire explorers, your destiny is calling.