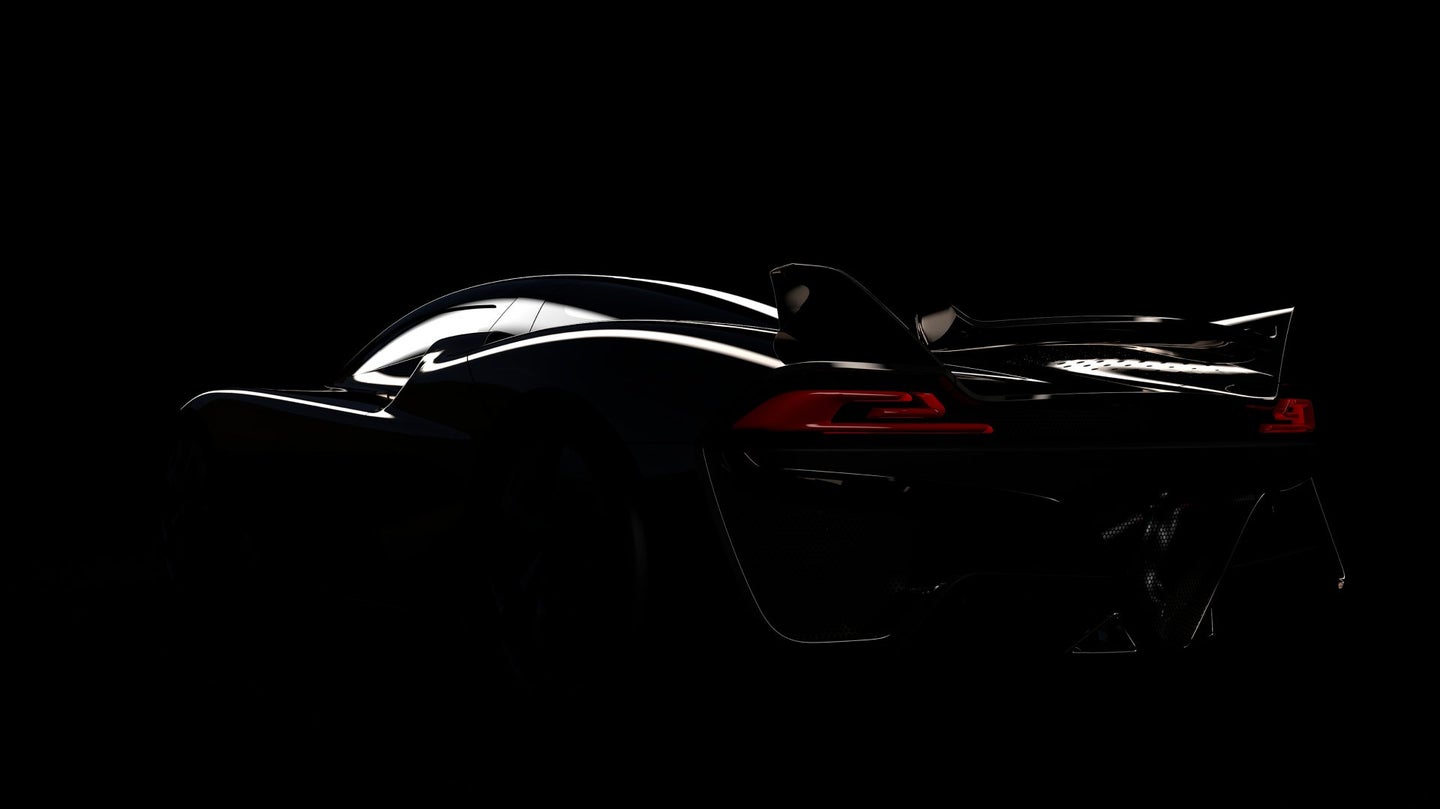 American Supercar builder SSC North America is set to unveil its new Tuatara supercar at next week's Pebble Beach Concours d'Elegance, but before it does so, it's decided to tease us with some sleek photos of the new V8 engine that will power it.

The Tuatara will be the successor to the company's SSC Ultimate Aero, which was powered by a 6.3-liter twin-turbocharged V8 and produced 1,287 horsepower. The Ultimate Aero gained fame when it dethroned the Bugatti Veyron and became the Guinness fastest production car in 2007, a title it held until the Veyron Super Sport arrived in 2010.

SSC is tight-lipped on all the technical details, but it's made it clear that the engine is a twin-turbo fed V8 and that it "exceeds [the company's] technical specifications." It's safe to assume that this new powerplant will go deep into four-digit power figures, considering kind of horsepower the final iteration of the Ultimate Aero was already putting out.

All of SSC's previous engines have been based on the General Motors small-block architecture, and it's likely that the next one will be as well. Taking a closer look at the released photos shows cylinder heads that appear to indicate a cam-in-block design, as has been used in GM's LS and LT line of engines.

"The SSC Tuatara is an American-built next-generation hypercar that boasts an unmatched drag coefficient, track-level handling characteristics, and a top speed that is projected to easily surpass the current world record," read the press release.

The Tuatara, which according to the dictionary is "a nocturnal burrowing lizardlike reptile with a crest of soft spines along its back," will be making its official debut at Peter Hay Hill on Aug. 24. SSC claims it will show the car again at the Pebble Beach Concept Lawn on Aug. 26.