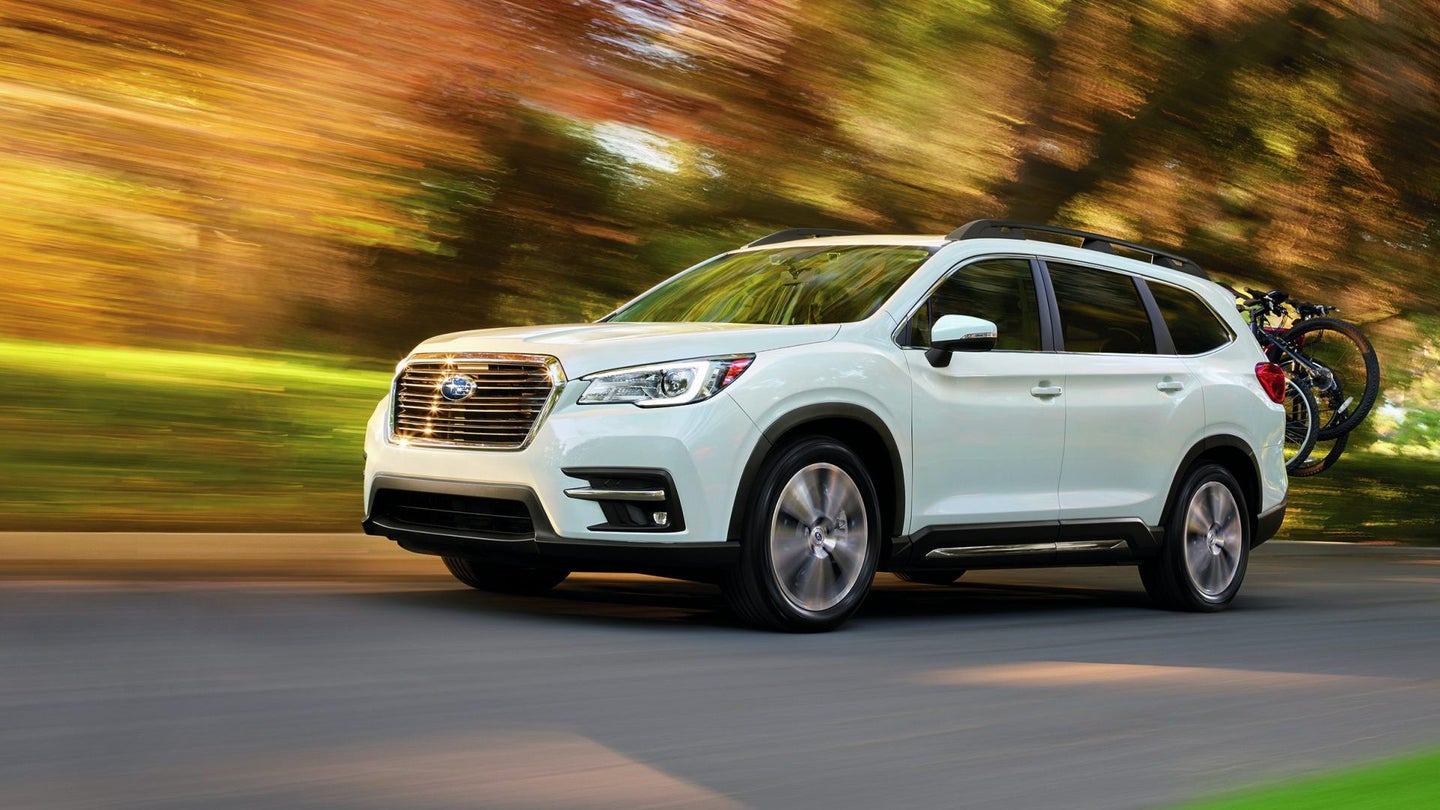 Subaru is issuing a recall on 293 Ascent SUVs but instead of merely repairing the affected cars, the company is replacing them outright.

According to Consumer Reports, the Ascents in question are missing multiple spot welds on the B-pillar—the one in between the doors—as a result of "improper software programming for the welding robots," said the company. Speaking to CR, a Subaru spokesperson said, "If some of the spot welds around the B-pillar were missed, the strength of the vehicle’s body may be reduced, potentially increasing the risk of injury in the event of a crash. This is why we are replacing the vehicles and not repairing."

Out of all the affected Subies, just nine were sold to customers with the rest still sitting on dealer lots, trucks, or shipping containers. This means nine Ascent owners will be getting brand new cars while all 293 defective cars will be destroyed.

The fault was discovered by Subaru during a routine inspection and no related collisions or injuries have been reported.

If you own an Ascent and are wondering if you're one of the lucky nine who get to enjoy that new car smell all over again, you can find out by plugging your VIN into the National Highway Traffic Safety Administration's web tool or Subaru's recall page.

Subaru will be notifying affected owners by the end of August. We've reached out to the company for further comment and will update when we hear back.