Officially, there are more Mustangs in the wild than there are people in Michigan.

Ford celebrated quite the milestone when its world-famous muscle car hit eight digits on the production ticker. Yep, as of Wednesday, a whopping 10 million Mustangs have been built since it was first introduced in 1964. Which means, officially, there are more Mustangs in the wild than there are people in Michigan.

Rolling off the line at Ford's Flat Rock plant, Mustang No. 10,000,000 is a 2019 GT convertible model equipped with a 460-horsepower, 5.0-liter V-8 and a six-speed manual transmission. Finished in Wimbledon White, its color is a callback to Mustang #001 that wore the same shade of paint when it came off the assembly line 54 years ago.

To mark the occasion, Ford is hosting 60 Mustang owners at the Michigan factory for a tribute. Here's footage of that 'Stang parade filing in.

"Mustang is the heart and soul of this company and a favorite around the world," said Ford President of Global Markets, Jim Farley. "I get the same thrill seeing a Mustang roll down a street in Detroit, London or Beijing that I felt when I bought my first car—a 1966 Mustang coupe that I drove across the country as a teenager. Mustang is a smile-maker in any language."

Indeed, when Ford announced that it would be dropping all car offerings (anything that isn't a crossover, SUV, or truck) from its lineup back in April, the Mustang was the sole survivor.

We were thoroughly impressed when we got to sample the latest version equipped with Performance Pack 2 a couple months ago. So Ford, keep 'em coming.

Today's festivities are scheduled to kick off at 1 p.m. EDT. We've reached out to Ford for additional pictures from the event and will update this story when we receive them. 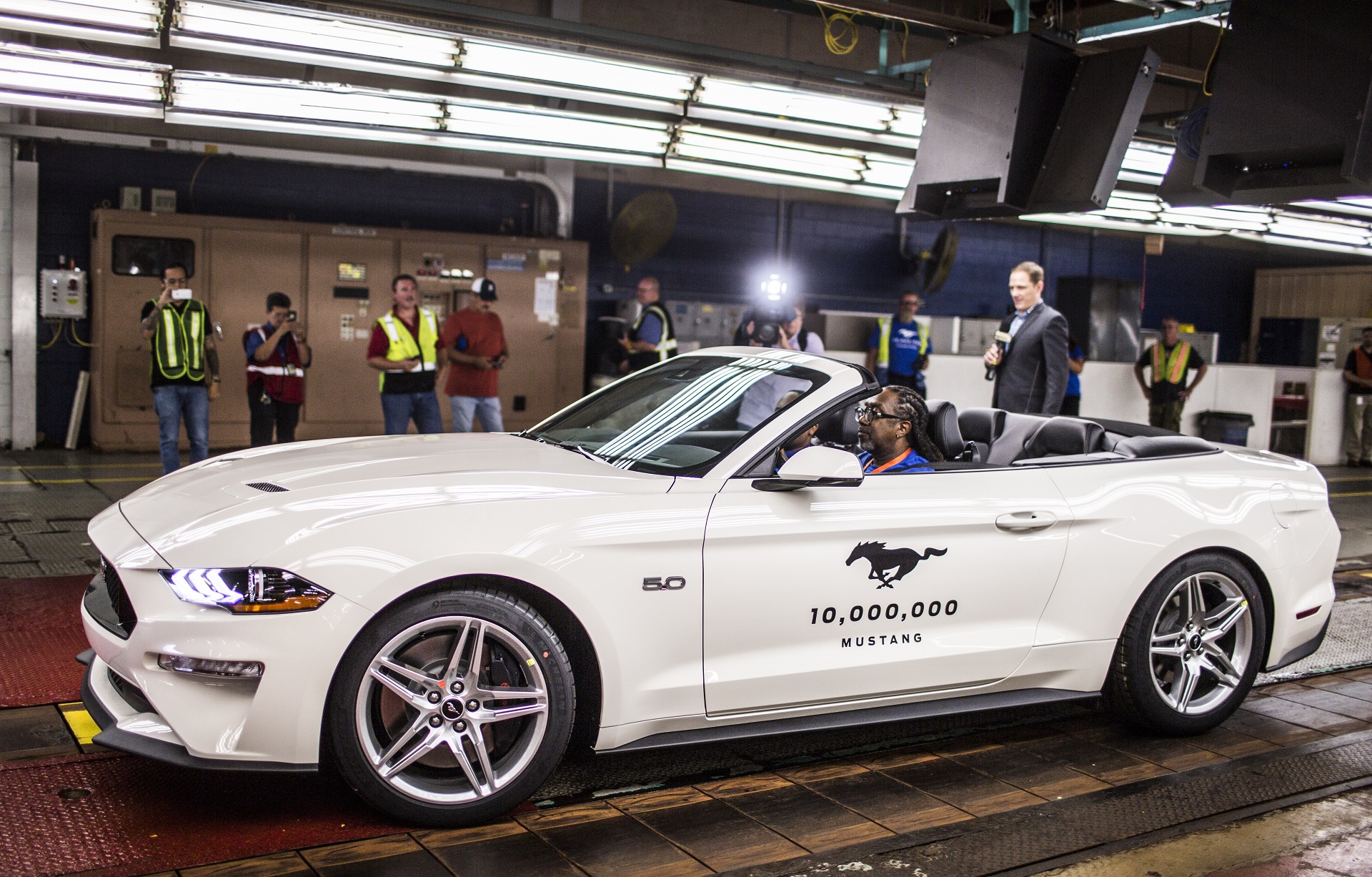 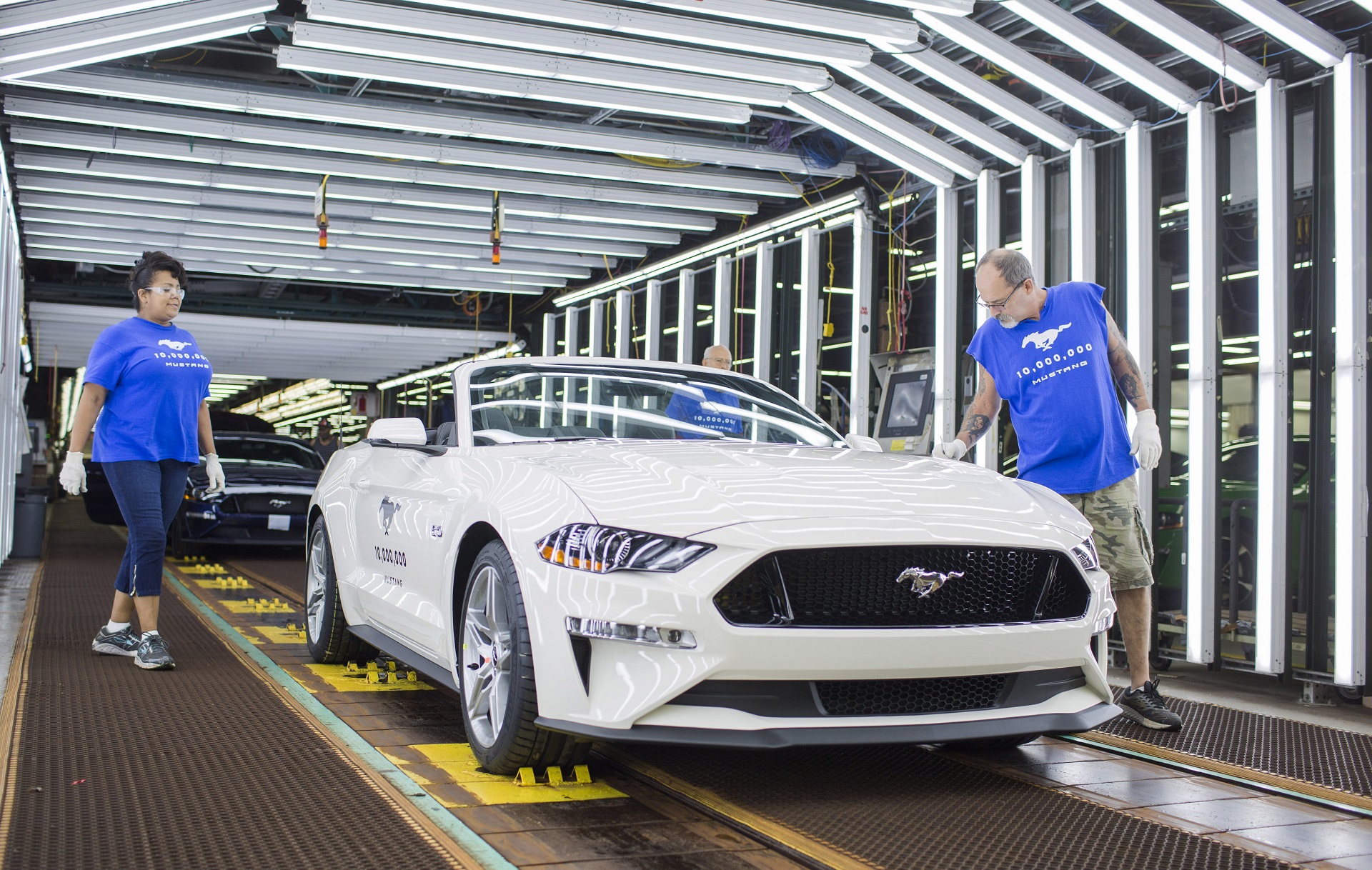