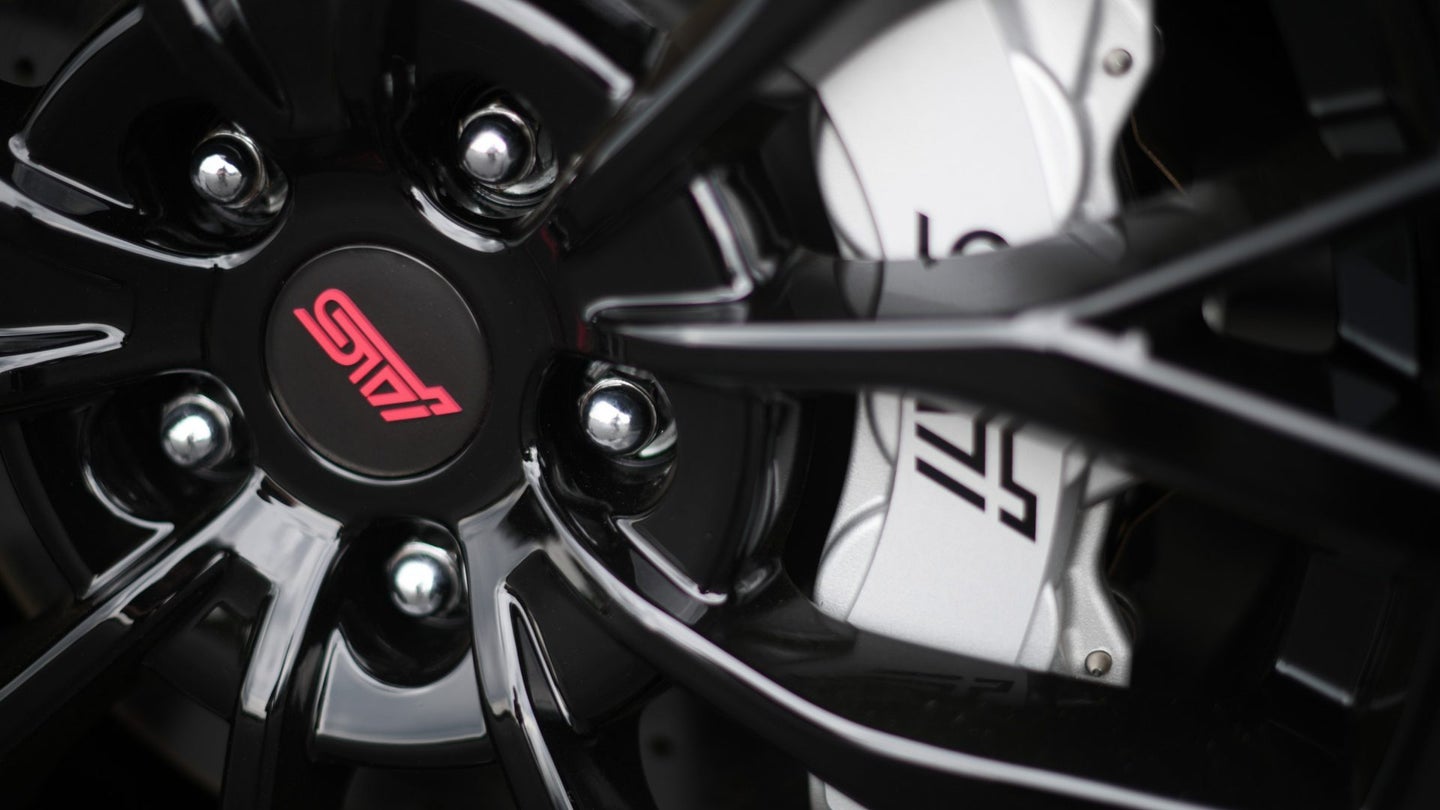 Topline: On Thursday, Subaru Technica International and Subaru announced a new variant of the WRX to celebrate STI's 30th birthday in the form of the WRX STI Type RA-R, a still-hotter version of the $48,995 WRX STI Type RA.

What's New: The RA-R shaves a marginal amount of weight from the base model WRX STI, losing just 10 kilograms (22 pounds), much of which likely comes from ditching its rear wing; the carbon fiber mirrors are mostly there for looks.

More substantial is the kick up the backside that STI gave the aging EJ20 engine, which will make 325 horsepower and 319 pound-feet of torque, respectively 20 and 29 above base STI levels. This power was gained with a modified exhaust, redesigned intercooler shroud, intake, flywheel, and a retuned engine control unit.

Though the RA sheds more weight on paper than the RA-R, the power gap between the two is more significant, and the RA-R's weight advantage over Japan's previous exclusive performance model, the WRX STI S208, stands at 30 kilograms. Many previous special-edition STIs boasted their weight with the spare tire and flat repair kit removed, though Subaru does not advertise the RA-R's weight with these absent. We speculate it to be in the neighborhood of the RA.

The RA-R will ride on springs and shocks developed exclusively for the model, and will keep the car's four 245/40ZR18 Michelin Pilot Sport 4S tires in check on all surfaces. Traction is further augmented by active brake vectoring, actuated through new Brembo units. 18-by-8-inch wheels house 18-inch drilled rotors, squeezed by silver-painted, six-piston calipers in front, and two-piston rear.

Just 500 RA-Rs will be built, all with six-speed manual transmissions, and sold for 4,628,000 million yen before tax ($41,609). Buyers have to get their orders in before Dec. 17, when orders close, provided Subaru doesn't run out well beforehand.

Quotable: "Developed under the concepts of 'light weight', 'speed' and 'enjoyment', the TYPE RA-R pursues 'Running, Turning and Stopping', the fundamental performances of an automobile," states Subaru in its press release on the RA-R. "With the power-to-weight ratio exceeding that of S208, the Type RA-R brings 'speed' and 'enjoyment' at the highest level STI complete models have ever brought."

What You Need to Know: The RA-R marks at least the third (possibly fourth) special edition of the WRX STI made available in the Japanese domestic market (JDM). It will be unavailable in the United States, but we are far from short of special editions ourselves, as we received the WRX STI Series.Gray in the spring, and the Type RA in the first quarter. Subaru can afford to only maintain its status in the boy racer-tempting compact sports sedan market without competition from Ford or Mitsubishi anymore, hence the minimal effort into the platform, though a WRX replacement is on its way.

We suspect Subaru is milking all it can from the WRX's now-ancient powertrain before the model receives a significant overhaul, due in 2020. The next WRX will almost certainly be a hybrid, but is still expected to come with a manual transmission. We can still be glad that the car hasn't ditched its manual...yet.