Whether Ford has updated its legal contract to prevent "flipping" remains unknown. 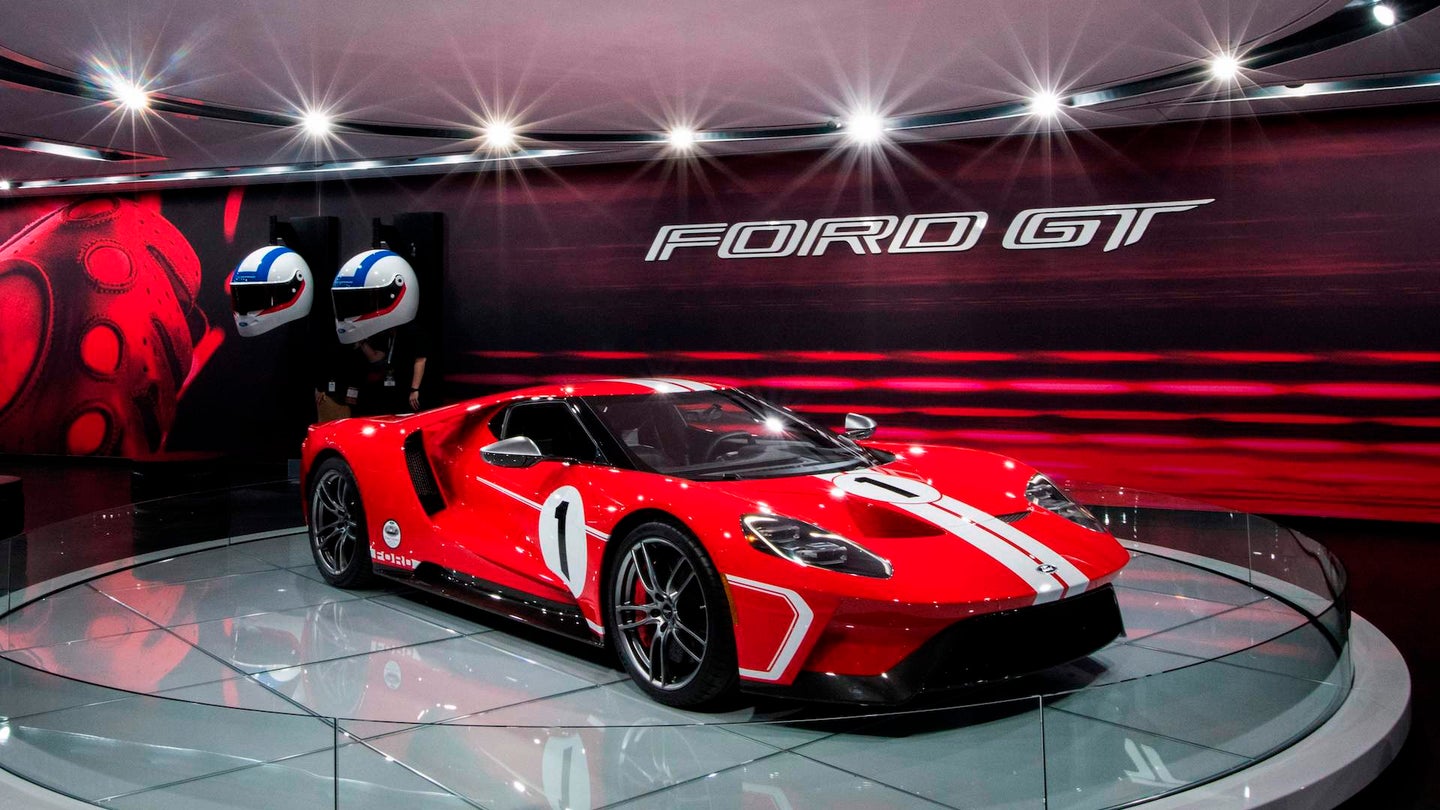 Many Blue Oval collectors and racing aficionados with deep pockets will be thrilled to find out that Ford will reopen the Ford GT customer application process later this year.

The upcoming application process will fulfill the fourth, and allegedly last, production run of the American supercar, which will most likely feature the 2020 or 2021 year model of the GT. A Ford Performance spokesperson told The Drive that the 2019 Ford GT was slated into "year three production and those customers have already been identified."

The exact date when the application website will be up and running since the initial wave of applications in early 2016 wasn't confirmed, but we've learned that it will happen in 2018. Furthermore, despite experiencing production delays due to logistics and supplier issues, Multimatic, the Candian company that assembles the Ford GT, will build all 1,000 vehicles as originally promised by Ford.

"When the application window opens, new inquiries can be submitted as well as previous applications can be updated and resubmitted for the opportunity to purchase the Ford GT," said a Ford Performance spokesperson.

Ford joined the likes of Ferrari and other high-end, limited-production automakers that often like to veto potential customers. The move was criticized by many Ford enthusiasts who said that the Blue Oval shouldn't adopt the elitist protocols of the Europeans. In fact, the customers who were approved to buy a Ford GT had to sign a legal contract that prevented them from selling the vehicle during the first 24 months of ownership. Of course, several owners, including famous wrestler turned actor John Cena challenged said contract—and lost.

When asked about whether the legal contract to prevent "flipping" had been amended to enhance its efficacy, the answer was the following: "I am unaware of any changes to the contract.  That would be something handled between the Ford GT Concierge and the customer," he added.