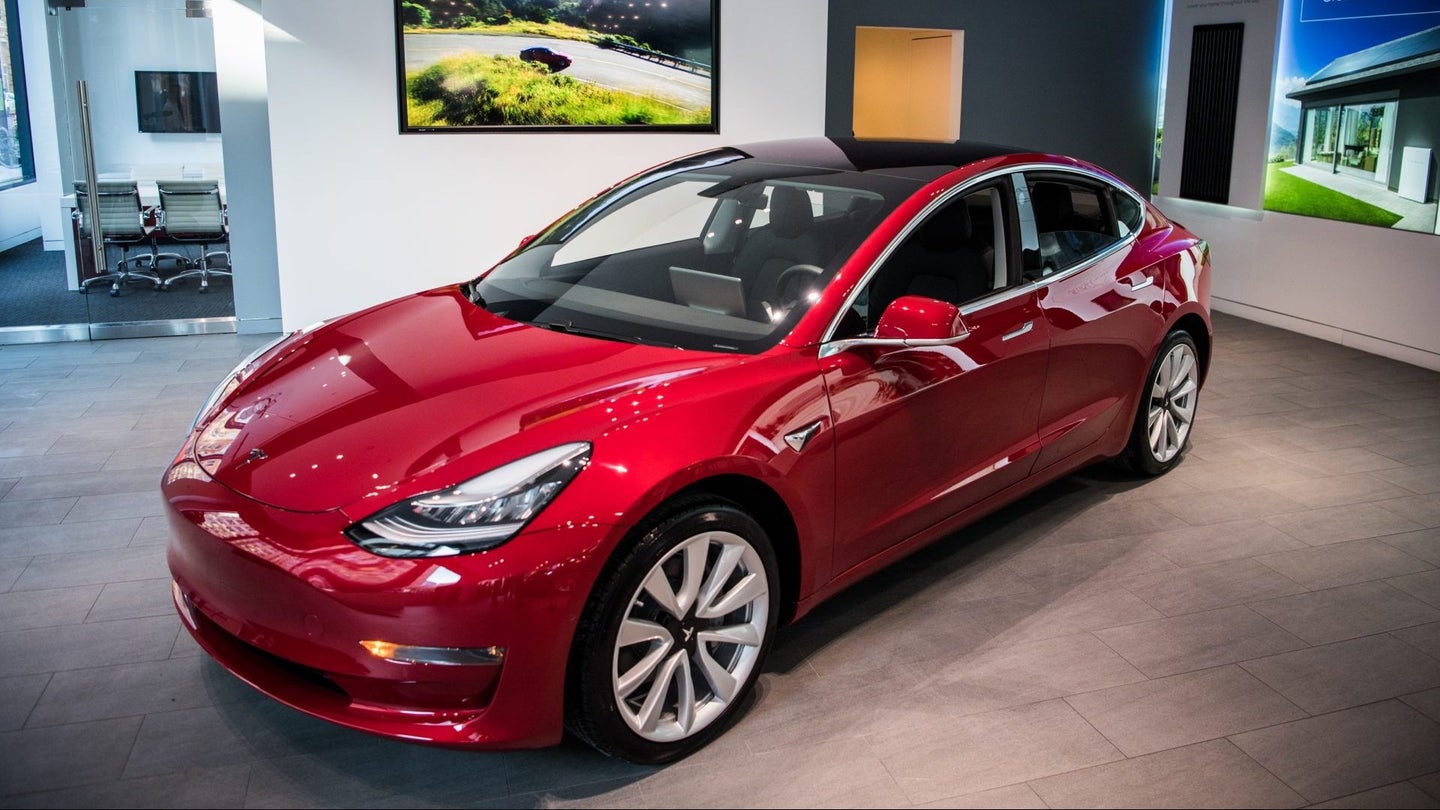 Tesla's Model 3 can now navigate itself into parking spots with the addition of the company's Summon feature, the electric car maker has confirmed in a tweet.

According to Tesla, Summon can move the Model 3 up to 39 feet or until its ultrasonic sensors detect an obstacle in its path. CEO Elon Musk adds that in the video above, nobody is sitting in the driver's seat or controlling it remotely.

With the ability to control garage doors, Summon can be useful if you're, say, at a house party and your Tesla is blocking somebody else's car from leaving. Or, more likely, it'll be used to impress your friends as your shiny, new electric car slowly beckons towards you, lap-dog style, in an empty parking lot.

In an email, a Tesla spokesperson told The Drive that Summon was part of the Model 3's 2018.24 software update that started rolling out to owners on June 20. The feature is already present on the Model S and Model X as demonstrated here:

On Monday, we reported on Tesla finally achieving its goal of building 5,000 Model 3 vehicles per week, building exactly 5,031 units in the last seven days of the second quarter. To date, Tesla has reportedly delivered 28,386 Model 3s with approximately 420,000 orders still to be fulfilled.

Late last month, Tesla opened up the order process for reservation holders. While the order called for an additional $2,500 deposit to be paid towards the purchase price, prospective Model 3 owners would finally choose the exact color and spec they'd like their car and were promised delivery in as little as two to four months.