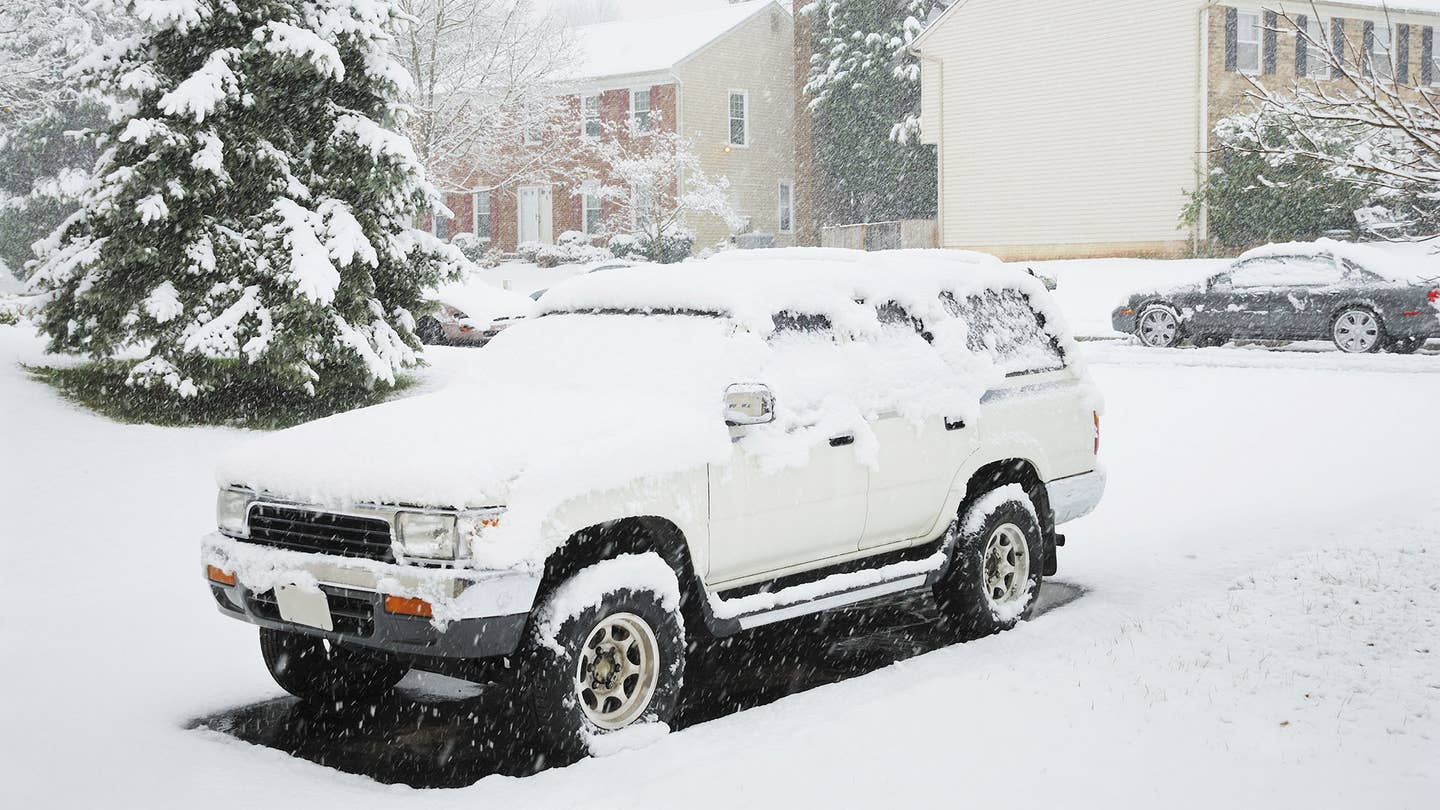 If you live in a place where winter mornings are unbearably cold, you’ve probably guilty of starting your car to warm it up, then leaving it unattended while you run back inside. Starting your car early like this helps reduce the pain of a cold commute, but drivers in Little Rock, Arkansas are finding that this technique has led to a record number of car thefts.

Even though the calendar says we’re only 40 days into the new year, Little Rock's THV 11 news team reports that more than 140 automobiles have already been stolen in the city of 200,000, with the crooks sometimes boosting as many as six cars per day. The Little Rock Police Department confirmed to The Drive that thefts have been unusually high for this time of year. No reason was given for this uptick, but when THV 11 cross-checked the peak theft days against the weather, the news organization found that two of the biggest days for car thieves were also two of the region’s coldest.

The rise in thefts has led an increasing number of Little Rock residents to install remote starters in their cars. While these allow owners to start their cars without sticking the key into the ignition (or venturing out into winter weather), many new remote starters have kill switches to prevent any Memphis Raines wannabes from breaking in and driving off. Crutchfield’s popular Viper 4105V remote starter, for example, has an automatic shutdown feature that deploys any time the brake pedal is depressed.

Still, the most sensible option is this: Tough it out in your cold car for a couple of minutes. You’ll stymie would-be carjackers and maybe save some fuel in the process.