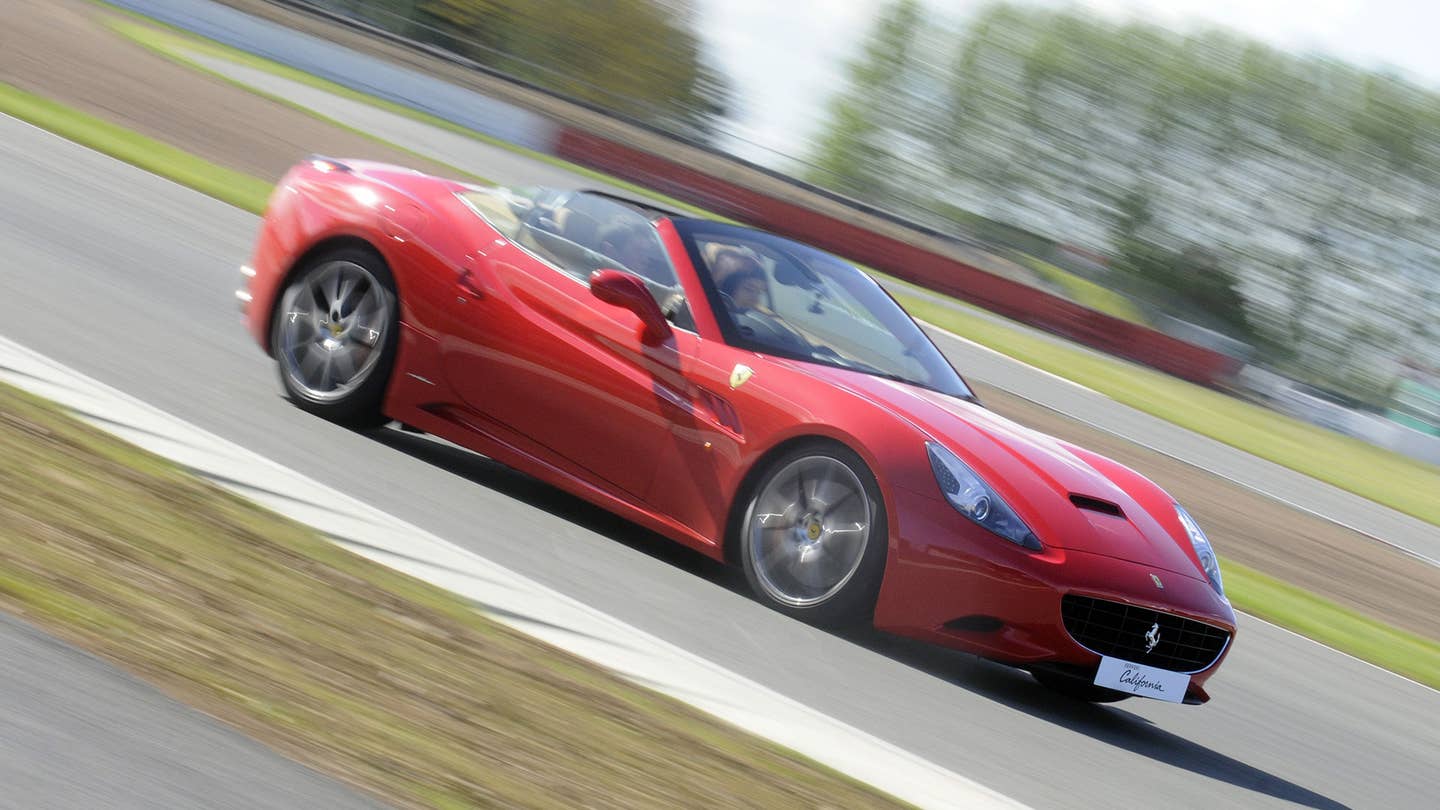 The 2012 Ferrari California was the last new Ferrari available with a manual transmission. Maranello added a stick-shift option for the convertible for 2010, then got rid of it two years later due to lack of demand. You know, because only two Californias left the factory with that storied six-speed shifter. Two. Ever. In the whole world. One of them was sold in the UK.

This is how silly humans are: We won’t buy sufficient manuals off the showroom floor to keep them in production, but we’ll pay daffy amounts after the fact. Exhibit A: The second manual gearbox-equipped California went on the block at the recent Artcurial Retromobile auction in Paris, selling for €330,000, more than €393,000 after costs. That is more than double the price of a brand new 2016 Ferrari California T, which is €188,353 in France. Translated into our Benjamins, that final auction price is $444,363—for a car that cost $196,450 when new.

So, here’s your PSA: Buy manual cars new, now, instead of paying twice as much a decade from now.