The planned 1.9-million-square-foot facility situated on Hockenheim's historic race track is now the seventh Porsche Experience Center in the world. 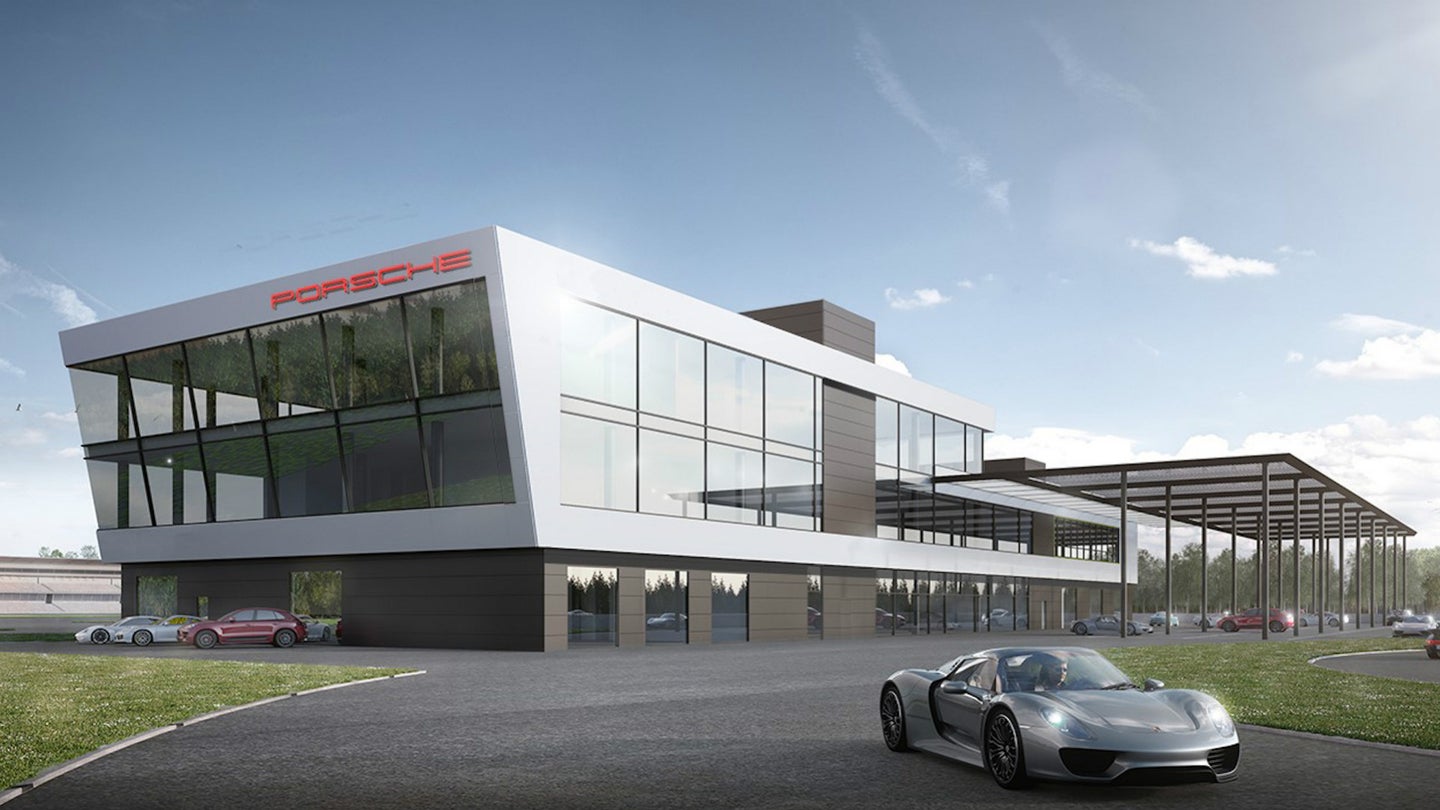 Porsche announced this week that it has plans to build a new Porsche Experience Center roughly 60 miles from its primary manufacturing facility in Zuffenhausen, Germany, at the legendary Hockenheimring race track. This new site is now the seventh experience center Porsche has on offer around the globe, joining facilities in the U.S., England, France, and Shanghai, China which just opened this week.

The Porsche Experience Center in Hockenheim, Germany will follow the formula of its sister facilities, set up partly as a dealership but primarily as a brand experience center, where anyone with enough dough can spend the day getting to know the ins and outs of whatever Porsche model they choose. Each test drive is made up of several modules that represent different driving situations, including a handling circuit, acceleration straight, and an off-road course for Porsche's SUVs to play. From the concept pictures though, it looks like the PEC will be located smack in the middle of the Hockenheimring and the test track customers drive on won't actually be on the racing circuit. That's a shame.

Most of the 1.9-million-square-foot area is devoted to the driving sections. The center will also feature a 48,000-square-foot, three-story building with space for conference rooms, event spaces, Porsche Classic lounge, motorsport workshop, gift shop, and restaurant-cafe pair. The Hockenheim facility will also have space for a charging network dedicated to hybrid vehicles and the new Mission E electric car.

“The Porsche Experience Centre in Hockenheim will become an important site for our home market of Germany," explained Jens Puttfarcken, chairman of the executive board at Porsche Deutschland GmbH. "Even in the age of digitalisation, live experiences with the Porsche brand are just as important as ever.”

The new Porsche Experience Center at the Hockenheimring will start construction in the middle of this year, and Porsche plans to have it operational by the end of 2019.