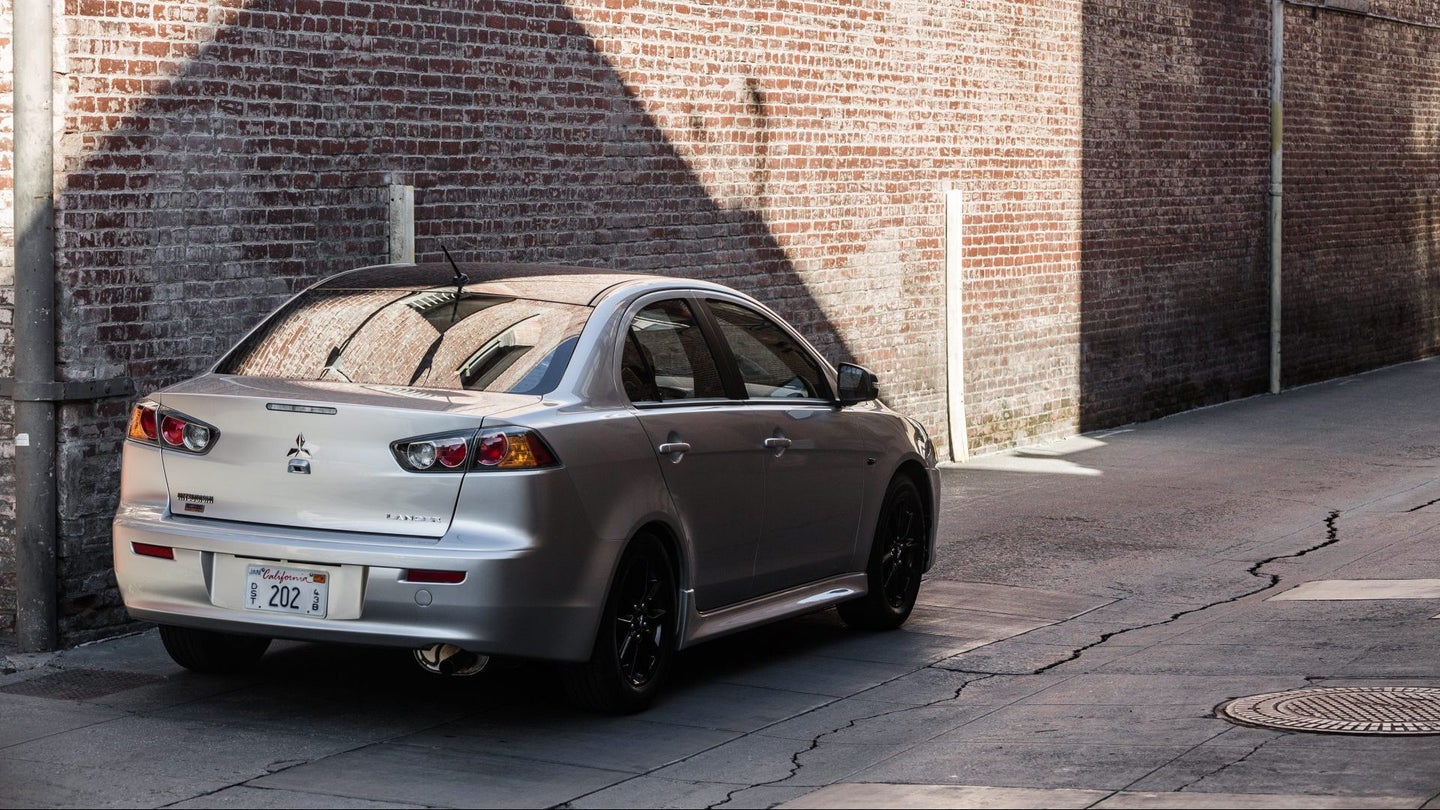 Bad news, Evo fans. If a recent report is to be believed, Mitsubishi is preparing to reintroduce its storied Lancer nameplate in the form of, you guessed it, a crossover.

Mitsubishi COO Trevor Mann and chief designer Tsunehiro Kunimoto recently spoke to Auto Express, and hinted at the future of the brand's former compact sedan. It looks like the Lancer may be getting a lot more ground clearance (and a lot less cool).

"We have a long-range product plan that’s pretty solid until 2025, and a dotted line beyond that," said Mann. "Within that what we've said is, 'Which vehicles do we want? What are we going to work on?' We’re going to replace ASX [a.k.a. Outlander Sport in the States], Outlander, and Triton [pickup truck]. Then we have these two boxes: Pajero and Lancer."

"Lancer's probably the easiest one; we believe we’ve got a solution that could fit the segment," remarked Mann.

Kunimoto then adds that a vehicle in a similar style to the company's e-Evolution Concept crossover would be ideal for a future Mitsu compact. Reading between the lines, it sounds like the former WRC juggernaut is about to repurpose one of its most famous dirt-dominating nameplates for a stroller-hauling, Honda HR-V competitor.

It wouldn't be the first time Mitsubishi has sullied, erm, reinvented one of its enthusiast models into something designed for unadulterated mass appeal. The Eclipse—the car in which we were all introduced to Paul Walker in the opening minutes of The Fast and the Furious, remember—was recently reworked for crossover duty in the form of the Eclipse Cross.

Auto Express predicts a Lancer crossover to share a platform with its would-be Alliance Venture cousin, the Nissan Rogue Sport.

UPDATE: In an email to The Drive, a Mitsubishi spokesperson "had nothing to add to Trevor's statements."

The piano-violin duet of I Wanna Rock by Twisted Sister in this commercial is…confusing.