Here’s What You Missed at Luftgekühlt 5, the Largest Celebration of the Air-Cooled Porsche

What could be better than an entire lumber yard full of vintage air-cooled Porsches of every flavor? 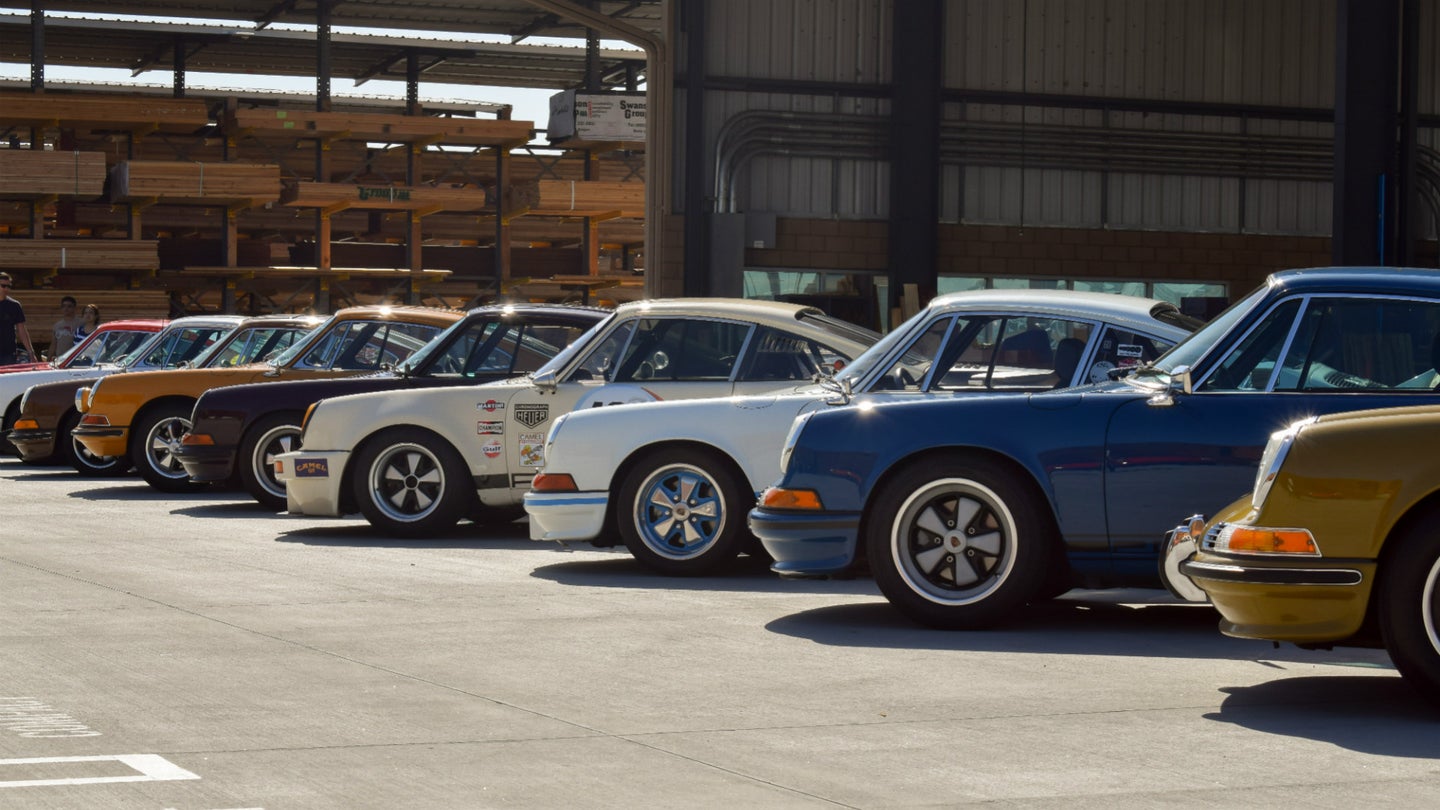 Porsche factory racing driver Patrick Long might have one of the coolest jobs a car enthusiast can hope for, but in his spare time, the 35-year-old flat-six fanatic organizes one of the largest gatherings of air-cooled Porsches in the world. Luftgekühlt, which is German for "air-cooled," is an annual Los Angeles-based meet now in its fifth year, and The Drive was there to experience it.

As a first-timer to the event, I wasn't aware of just how much Luftgekühlt has grown since last year, but many frequent attendees expressed their surprise at how much larger this year's event was than Luft 4. While last year's event was held at the Port of Los Angeles, Luft 5 moved to a place you might not expect—a lumber yard in Torrance, California. It seems like an odd location to host the car show, but the amount of Porsches organizers managed to cram throughout the facility was staggering. The lumber yard did an excellent job of masking its size too, so every time I would think I had seen every car there, I'd stumble across a new area with random rare Porsches tucked away behind massive stacks of wood.

While plenty of "regular" air-cooled owners brought out their pristine 930s, brightly-colored 914s, and patina'd 356s, there was a huge array of "celebrity" cars there as well, both literally and figuratively. Jerry Seinfeld's "49 Gmund" 356 (the 40th 356 built at Porsche's Gmünd, Austria factory) sat proudly at the car show's entrance, for instance. The show-stopper however was a zero-mile Schuppan Porsche 962CR. My personal favorite was a 908 K provided by RM Sotheby's, which Patrick Long started up right as I was leaving. Rod Emory also brought out his fleet of  racing-inspired Outlaw Porsche 356s for all to drool over.

The cars were cool and all, but what caught my attention the most were the license plates. Vintage Porsche fans clearly love their legacy plates. From the "0000000" California plate to a "Klassik" plate, every Porsche-related or just plain interesting combination of seven digits and letters was slapped on a car somewhere at Luft 5. If you're mad that all of the good plates in California are taken, blame Porsche owners.

Admittedly I couldn't tell you the significance of every single vehicle on display, but more adept Porsche fans will definitely recognize some historic vehicles in the collection of highlights below. Be sure to check out Sam Bendall's gallery for even more pictures.