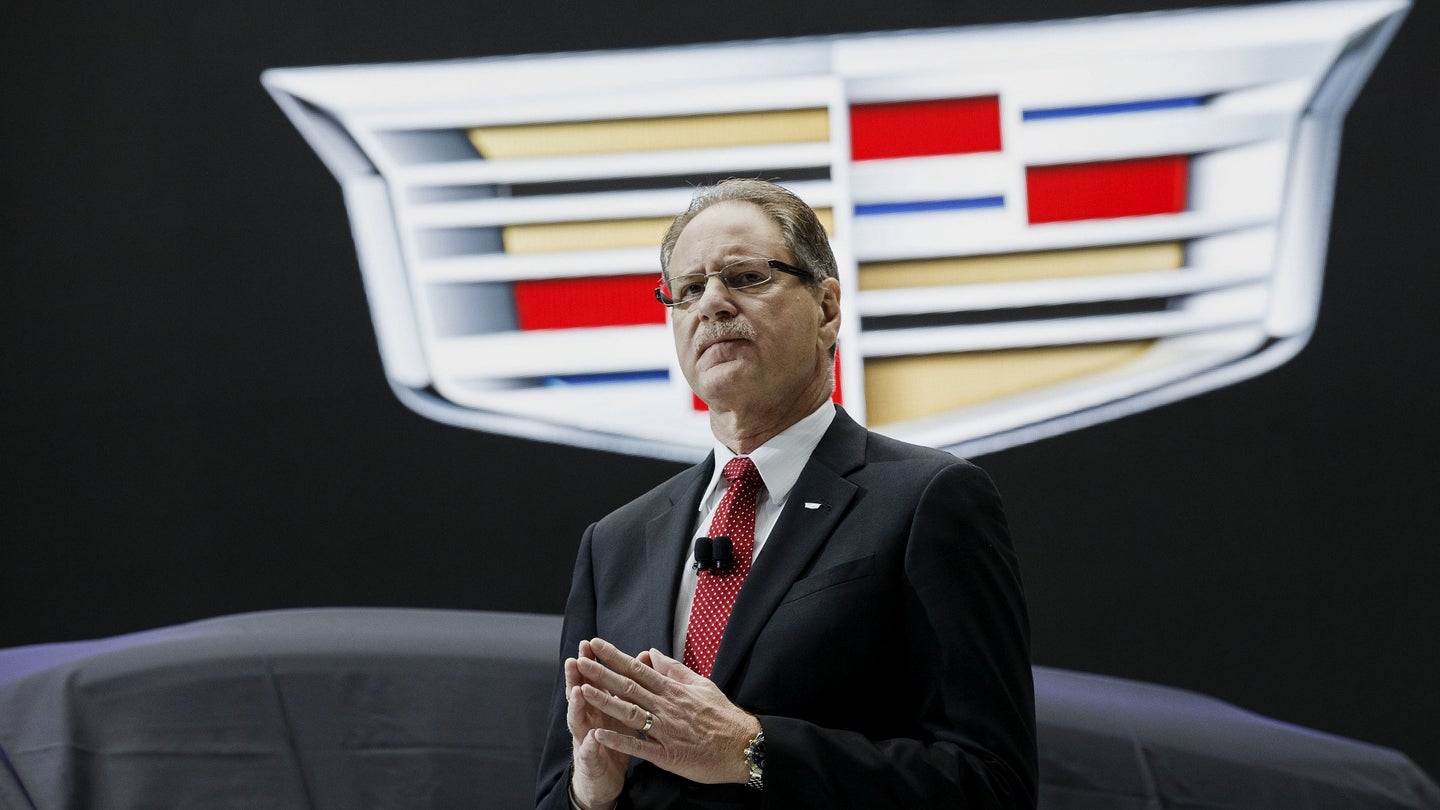 Johan de Nysschen, the man entrusted with turning the Cadillac brand around, is stepping down from his CEO position effective immediately after a somewhat tumultuous relationship with the brand since he took over in August 2014. He is being replaced by Steve Carlisle, the head of General Motors Canada who led Canadian sales growth of 21 percent from 2015-2017.

When de Nysschen began his tenure at Cadillac, GM's luxury brand was on an upswing. The brand had been improving its image during previous years, but still needed some help becoming a major player again in the luxury car world. GM’s solution was to bring in Johan de Nysschen who previously ran Infiniti for two years and before that lead a sales renaissance for Audi in the U.S. GM thought that if anyone could vault Cadillac to the position it deserved to be in, it was de Nysschen.

Well, it didn’t work out. Under de Nysschen’s leadership, Cadillac made some fabulous advancements like the industry-leading SuperCruise semi-autonomous system and Cadillac still makes some of the most killer sport sedans on the market. Where de Nysschen failed is with crossovers. When he took over in 2014, Cadillac’s only SUVs were the aging SRX and the monstrous Escalade. The only thing de Nysschen did about that was rebrand the SRX as the XT5 and introduce the compact XT4 much too late to the game. The fact that Cadillac only has three SUVs in 2018 is embarrassing, especially considering Mercedes-Benz has seven and BMW has six with both brands beating Cadillac in its home market of the U.S.

One of de Nysschen’s most notable moves while leading Cadillac was moving the company’s headquarters from Detroit to New York in order to make the brand look more modern and fashionable and less old-fashioned. Distancing Cadillac from the rest of GM could have been a great move in making it seem more exclusive, but the execution arguably wasn’t good enough to make the move worthwhile.

De Nysschen also butted heads with Cadillac dealers with his ambitious Project Pinnacle plan which, for now, is still in place. It’s an expensive program that rewards dealers for not only its sales performance and customer satisfaction, but for offering things like an Escalade roadside-assistance vehicle and virtual showrooms with a virtual reality headset. The program was criticised for putting small dealers at a disadvantage and just being too expensive.

According to de Nysschen, it was a mutual breakup. “We agree to disagree and we move on,” de Nysschen told Bloomberg. “There wasn’t a fight. Let’s call it philosophical differences.” Apparently GM’s philosophy is selling cars and making money and de Nysschen’s is something different.

“We appreciate Johan’s efforts over the last four years in setting a stronger foundation for Cadillac,” GM President Dan Ammann said in a statement. “Looking forward, the world is changing rapidly, and, beginning with the launch of the new XT4, it is paramount that we capitalize immediately on the opportunities that arise from this rate of change. This move will further accelerate our efforts in that regard.”

In other words, Cadillac should have been printing money with crossovers during the past few years, but failed to cash in adequately on the explosion of popularity in the luxury SUV segment.

The fact that GM is replacing de Nysschen, a GM outsider, with Carlisle, a GM insider, speaks volumes. In the end, it sounds like de Nysschen was just too ambitious in ways that the top brass at GM weren’t and de Nysschen’s ambition did not translate into sales success in the U.S. Now is Cadillac’s chance to catch up on the luxury crossover game, we’re just hoping that doesn’t mean it’s tremendous sedans need to die.