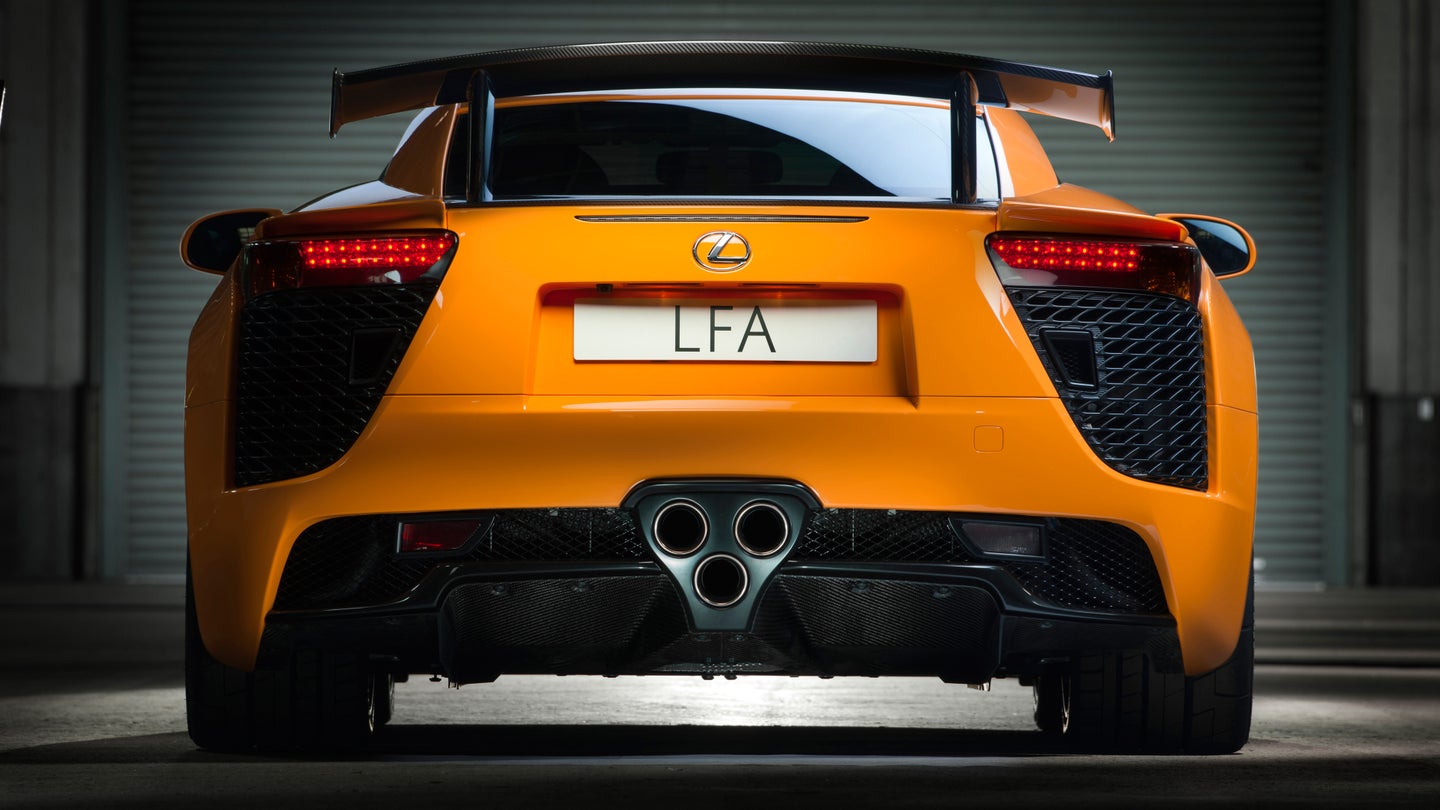 How much would you pay for a Lexus LFA? For one collector, it was $255,000 more than the manufacturer's suggested retail price. The luxury supercar crossed the auction block Saturday in Palm Beach, Florida with one bidder paying more than a pretty penny.

Six years after ending its limited production run, the LFA continues to make headlines. Last year, The Drive reported that a dozen LFA supercars remain unaccounted for. Dealers across the country are holding on to them to lure potential customers. Not exactly what Lexus had in mind when it only made 500 of them; the Japanese carmaker entrusted owners to drive the LFA rather than store it.

Powered by a 4.8-liter naturally-aspirated V-10 engine, the halo car makes 552 horsepower with a top speed of 202 mph. That might not seem like much compared to today's standards but remember, the LFA was a decade in the making. The engine, which is smaller than a V8 in size and weighs about the same as a V6, revved too fast for an analog tachometer to keep up. Because of its technological feat, it commanded a starting price of just $375,000. That was true for 450 examples. The other 50 cost even more.

Enter the Nurburgring Package. The track-oriented version was the pinnacle of the LFA. Building on top of what already existed, the package increased total output to 563 hp, allowed for quicker gear shifts, and featured lots of carbon fiber bits including a front splitter, canards, and a fixed rear wing for more downforce. It also shed some unsprung weight thanks to forged magnesium wheels. Best of all, the Nurburgring Package gave owners a personal session on the famed German racetrack as well as complimentary admittance to drive on the Nurburgring for one year. The cost for all of this? An eye-watering $445,000—a $70,000 premium on top of the standard LFA.

This particular example took residence in Massachusetts where it never left the dealership. With 1,600 miles on the clock, the special edition supercar is just past its break-in period. We can only hope that its new owner will actually put some much-needed miles on it and perhaps even take it on a well-deserved trip to The Green Hell.