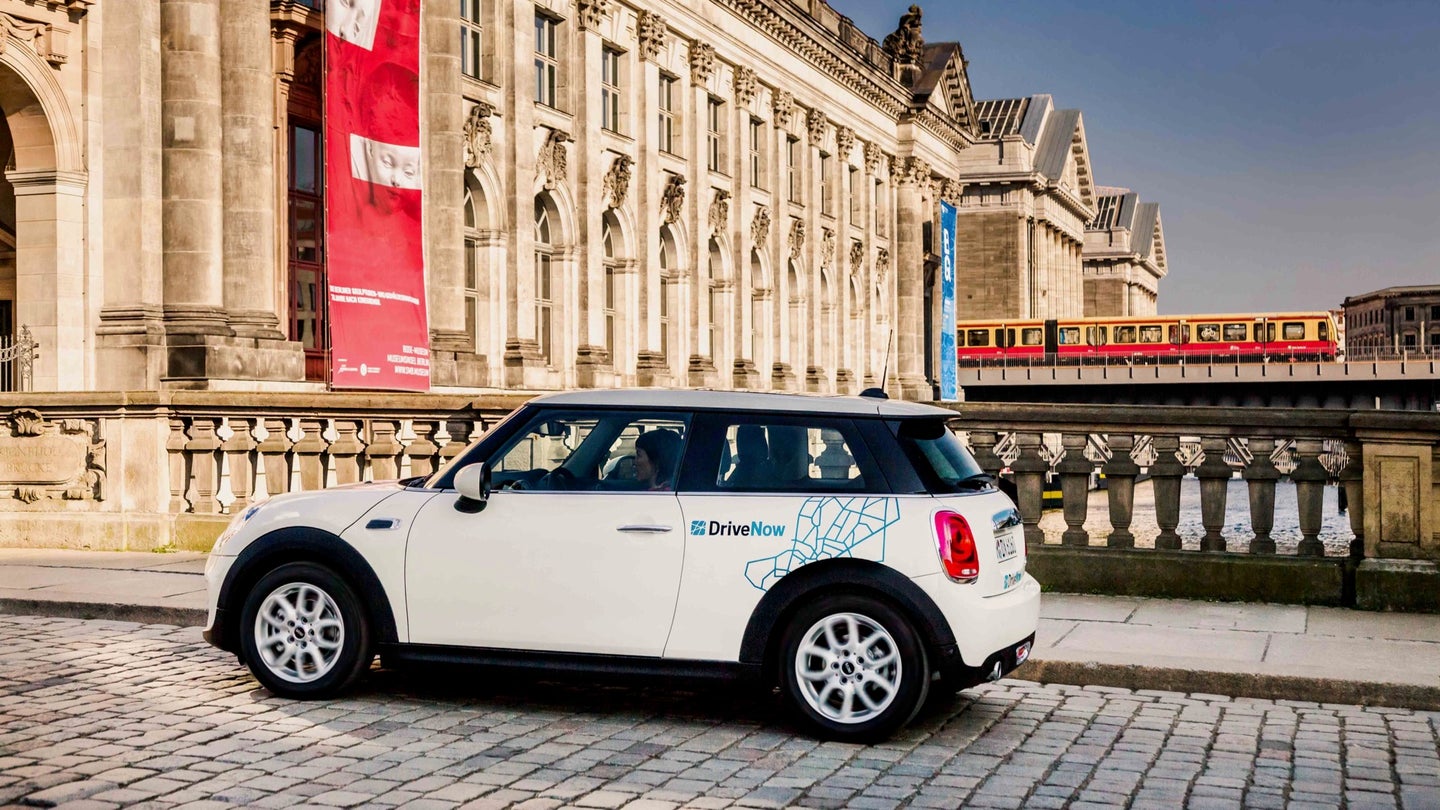 BMW and Mercedes-Benz parent Daimler are arch rivals when it comes to car sales, but the two companies have reached an agreement to combine their mobility services. The companies will form a joint venture encompassing car sharing, ride hailing, parking, as well as public charging for electric cars.

Rumors of a BMW-Daimler team up have circulated for months, but it's still surprising to see two bitter rivals join forces in what is expected to be a lucrative business. Car-sharing and ride hailing services lessen the need for car ownership, but automakers can counter that by operating the services themselves. Anticipated increases in the popularity of these services—usually tied to self-driving cars—could grow them into a valuable new revenue stream for automakers.

In addition to services that operate shared vehicles, BMW owns parking app Parkmobile, which allows owners to find and prepay for parking. Both BMW and Daimler have backed the installation of public charging stations to some extent in support of their electric cars. BMW also plans to make integrating car-sharing and ride-hailing services with public transit a part of the joint venture as well.

By joining forces, BMW and Daimler will be able to better compete with tech companies like Uber and Lyft, as well as other automakers. General Motors operates a car-sharing service under its Maven division, while Ford operates the Chariot shuttle service, and is expected to deploy self-driving cars in ride-hailing services.