The Hottest Cars From the 2018 Amelia Island Concours D’Elegance

Unlike most high-class car gatherings, the best cars at Amelia Island aren’t always on the Concours lawn. 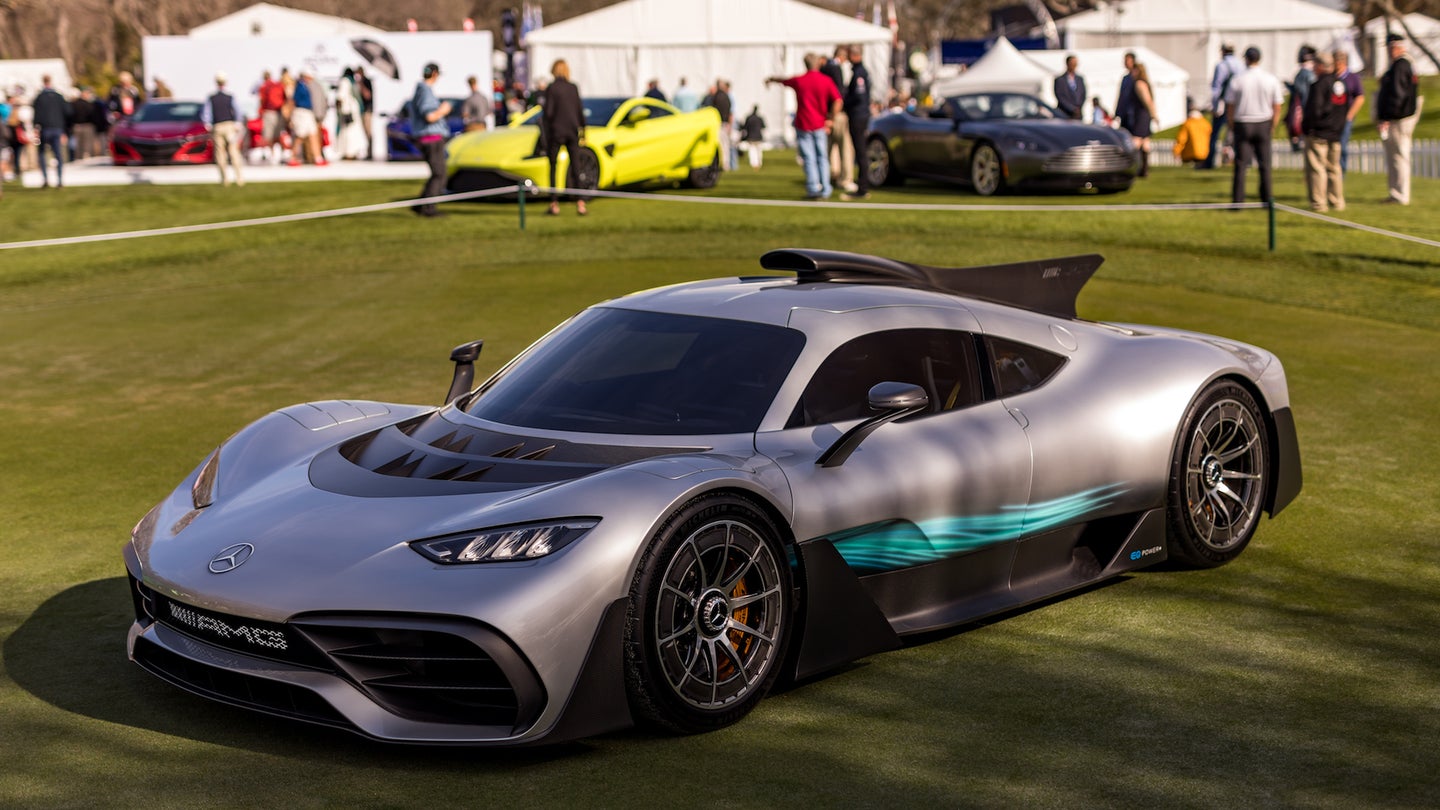 The Amelia Island and Pebble Beach Concours D'Elegance events are two of the most important (and exclusive) automotive gatherings in the country, and even the world. Millionaires from across the globe congregate in Florida every year to do one of two things: present a car to the world-renowned Concours judges, or check out the first-class car scene and mingle with fellow millionaires.

As a result, the tiny city north of Jacksonville, Florida is flooded with some of the most drool-worthy cars on a yearly basis, and the majority of them end up immortalized in memorable social media posts. We've tracked down some of the hottest cars from this year's Amelia Island posted on Instagram, and to say that it was hard to narrow down to just a handful is an understatement.

This is by far one of the coolest posts uploaded over the weekend. It shows the $2.5 million hypercar casually rolling down a public street on its way to the Mercedes booth on the famous Concours lawn. Listen closely and you won't hear a thing, and that's because the 1,000-horsepower machine is using its four electric motors to propel itself in a stealthy fashion.

Few vehicles, old and new, are sexier looking than the Porsche 959, but a modified rally-racing version of it is certainly the exception. This beauty was spotted all over the island showing off its iconic Rothmans livery and all-around badass attitude.

Yes, the new McLaren 720S may not be vintage, ultra-rare, or even the most beautiful British car currently under production, but that doesn't mean it doesn't impose with its aggressive and somewhat sinister persona. There were many 720Ss in attendance in Amelia, but this blue sample is our favorite.

This one has been a vintage heavyweight for quite some time, and it will most likely remain that way for decades to come. No high-class car gathering is complete without a Mercedes-Benz 300SL Gullwing, and Amelia Island had several on tap. Black, red, or gray? Decisions, decisions...

Two of the biggest names in racing combined into one incredible photo: Porsche and Martini. It's hard to ever spot one of these racing icons out in the wild, let alone three of them. This is what racing nerds' dreams are made of.

You thought only the Germans had the pleasure of applying the awesome Martini colors to their race cars? Think again, because this rally-racing Lancia proves that the Italians had just as much fun, if not more.

Last but not least, the supercar of the century, the McLaren F1. This lovely "LM" model was photographed profusely during its visit to Florida, but there's reason to believe that it never actually departed the safety of its somewhat enclosed parking spot. Every photo of it found on social media shows the white beauty always parked in the same spot—what a pity.

Amelia Island: Millennials and Gen-Xers Are Changing the Collector Market

The “bedroom wall poster car factor” is to blame.