But only if you don't currently have a data plan. 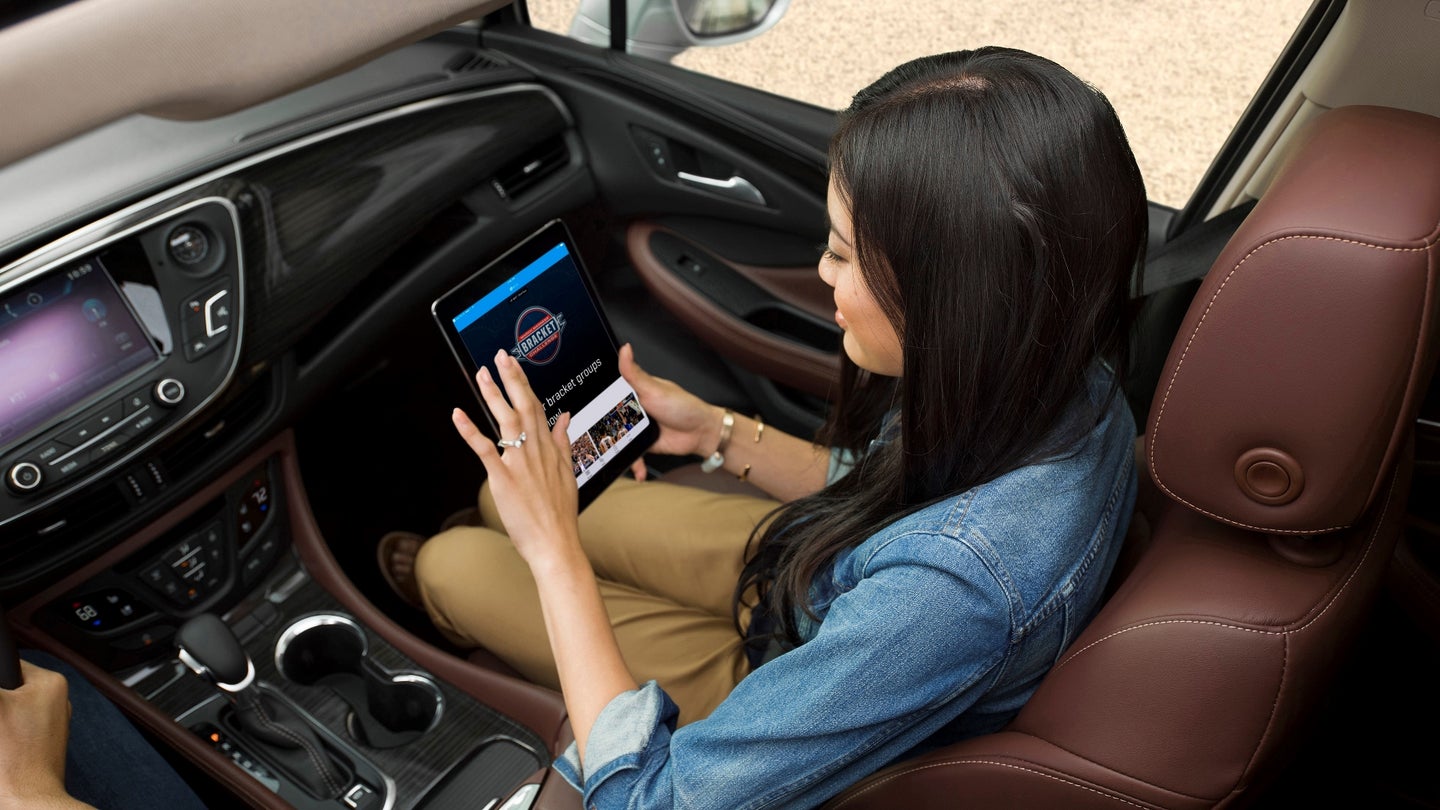 Buick has been a sponsor of the NCAA March Madness college basketball tournament for a while now and the brand has a nice perk to attract basketball fans to Buick. Buick owners will enjoy a month of free 4G LTE Wi-Fi in vehicles where the feature is available so passengers can stream as many of the 130 March Madness games as they’d like from the comfort of a Buick.

Streaming is becoming a popular way to enjoy the games. “According to CBS, in 2017 March Madness live streaming views increased 33 percent year over year to a total of 22.4 million hours of live online viewing,” said the Buick press release.

While this is a great perk for current Buick drivers who are into college basketball, that isn’t necessarily who it’s intended for. “The goal of the NCAA [partnership] is to increase awareness of the Buick brand with new audiences,” said a Buick representative in an email to The Drive. During the past few years, Buick has been attracting drivers who wouldn’t normally consider Buick. The NCAA partnership has played a role in its rebranding.

If you’d like to sign up for free 4G LTE Wi-Fi in your Buick for March Madness, sign up March 12-16 for a 30-day trial. That’s more than enough time to get you through the championship games in early April. This offer is only for vehicles that do not currently have an active data plan. The service is normally $20 per month and a free month is a good way to find out if it’s worth a subscription.