These Are the Ford Fiesta ST Upgrades We'll Never Get

Better suspension, upgraded drivetrain...Why must you tease us, Ford? 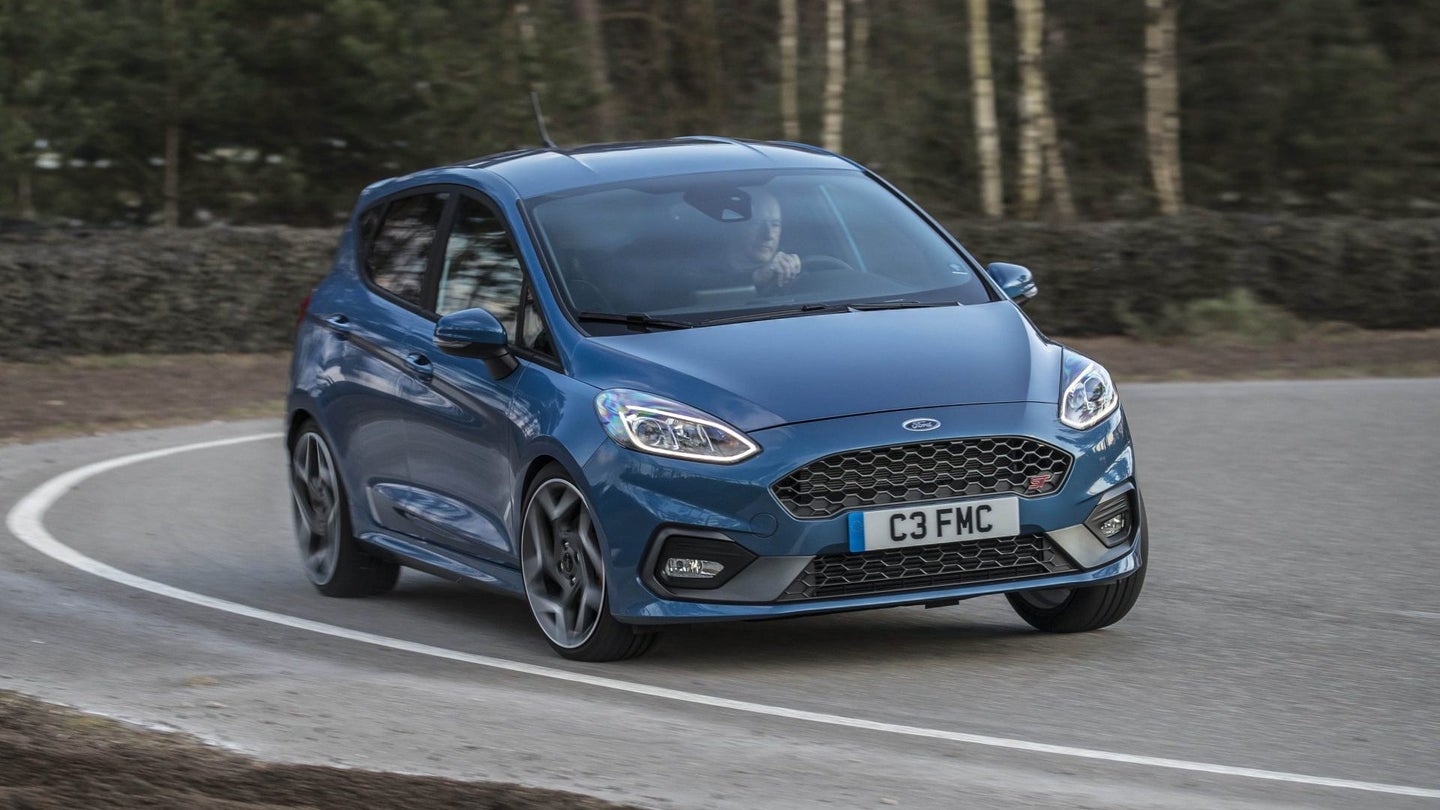 When dealer stocks are depleted, the Ford Fiesta ST will be little more than a memory in the United States, as its sales will be discontinued alongside those of its bigger Focus RS sibling. The hot hatchback that was the darling of every automotive journalist from Florida to Washington is being reworked for the rest of the world, however, and its improvements were detailed by Ford Monday.

The engine, though downsized to a 1.5 liter Ecoboost three-pot, produces 197-horsepower, an output equal to that of the outgoing car's 1.6 on overboost mode. Torque swells from 177 to 214 pound-feet. Launch control allows the car to haul itself from a standstill to 60 in 6.5 seconds, a half of a second sooner than its predecessor, and soldier on to a top speed of 144 mph. Fuel consumption dips 11 percent due to a combination of cylinder deactivation and both direct and port fuel injection.

Keeping the engine and road in harmony are the torque vectoring technology found on yesterday's Fiesta ST and an optional Quaife mechanical limited-slip differential. Traction will further be aided by the car's adjustable driving modes: Normal, Sport, and Track, which adjust steering feedback, exhaust volume, throttle response, engine mapping, and traction control. Suspension has received its own enhancements, with upgraded shocks, and a torsion beam rear end that saves 22 pounds. Lane assists and other commute-aiding driver amenities are also available for drives not on back roads and race tracks.

But it matters little; the new Fiesta ST will be no more than a car we covet from across the pond. We'll have to make do with the heavy Edge ST instead, or better, the potentially States-bound Ranger Raptor.