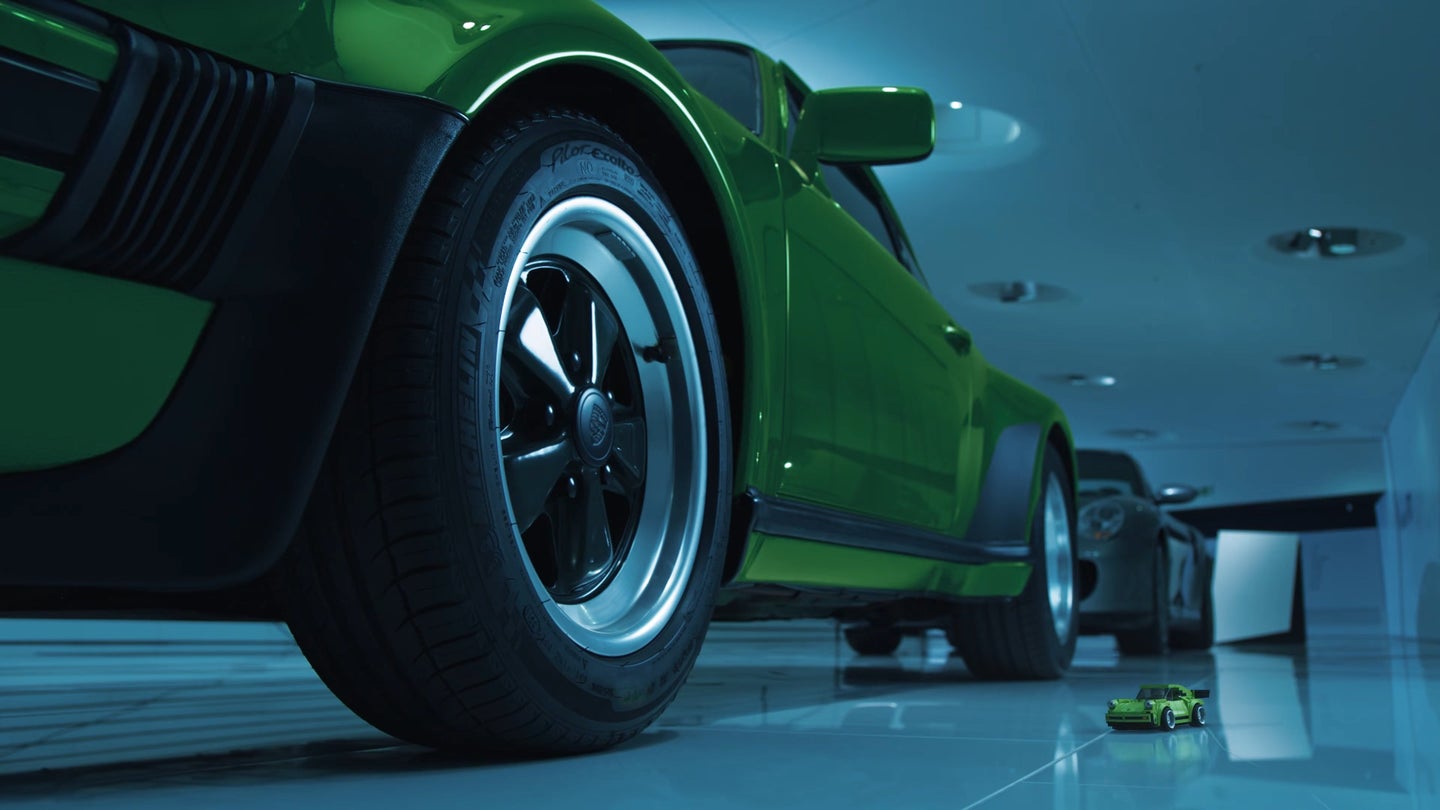 Porsche fans will love the new Lego Speed Champions set, which features a minifigure-ready 911 RSR and 911 Turbo 3.0. Although the set is currently on backorder, it's a must-own for flat-six lovers who don't want to cough up $300 for the Lego Technic 911 GT3 RS, or who have already done so.

If you're too "cool" to be seen building Legos, at least watch the short film Porsche's Youtube channel posted on Saturday, which is nearly as entertaining as the set itself. The video takes us to the Porsche Museum in Stuttgart, Germany, as two animated Lego minifigures race admire and race between some of the brand's most historic vehicles.

Have a look at this well-done teaser video, and try not to hope that this is what the next "Lego Movie" is about. How many Porsche models can you name here?