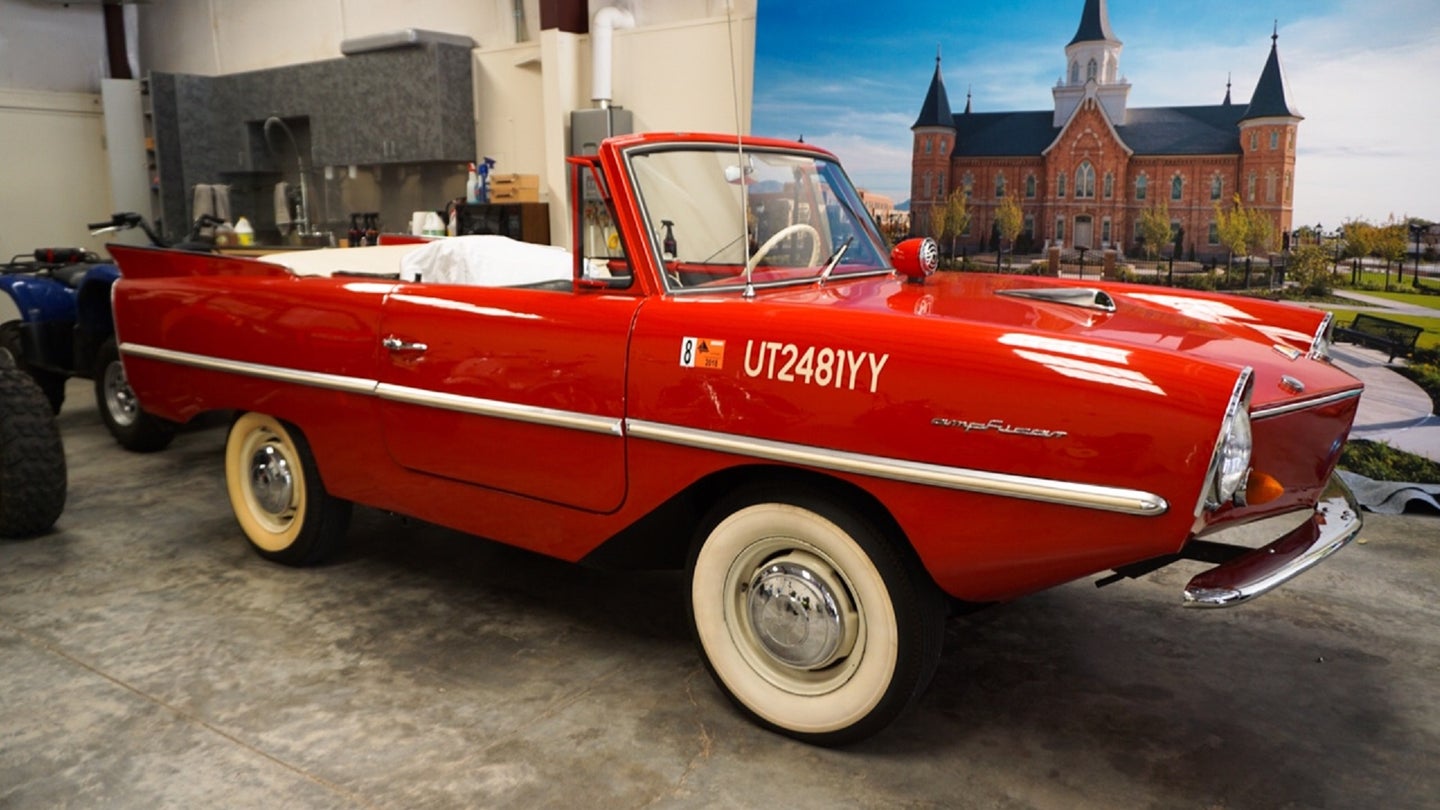 The problem with almost any car that tries to do two completely different things at the same time is that it doesn't do either of them very well. One of the rare exceptions to this rule is the Amphicar, which, as the name implies, is an amphibious car.

According to the Amphicars website, just under 4,000 Amphicars were built in Germany between 1961 and 1967, most of which went to the U.S. To this day, it remains the only mass production amphibious vehicle designed for non-military use. Boston's famous "duck boats" are based on the DUKW military transport from World War II.

The Amphicar is quite capable on the road, with a top speed of 70 mph. In the water, it can do a respectable 7 knots, which is plenty fast for a casual cruise in a car you can drive straight into a lake or the ocean. These figures led to the Amphicar's designation as the Model 770.

Power comes from a 43-horsepower 1147 cubic centimeter four-cylinder engine from the Triumph Herald mounted in the rear. The transmission includes a special linkage that switches power between the rear wheels and twin propellers that hang just below the rear bumper.

The downfall of this car was that it was quite expensive. According to National Appraisal Guides, the Amphicar's manufacturer's suggested retail price was $3,450 in 1962 or $28,505 in today's dollars. It has appreciated in value since then, with that price being the low end of today's value range. This example just sold for $47,000 on Bring a Trailer in good but not perfect condition.

Only about 500 Amphicars remain in the world, many of which are in museums at this point, which explains its high value. No other amphibious car has ever been as successful, despite the more than 50 years that has elapsed since its production.