Mini gets further out of touch with reality every day. 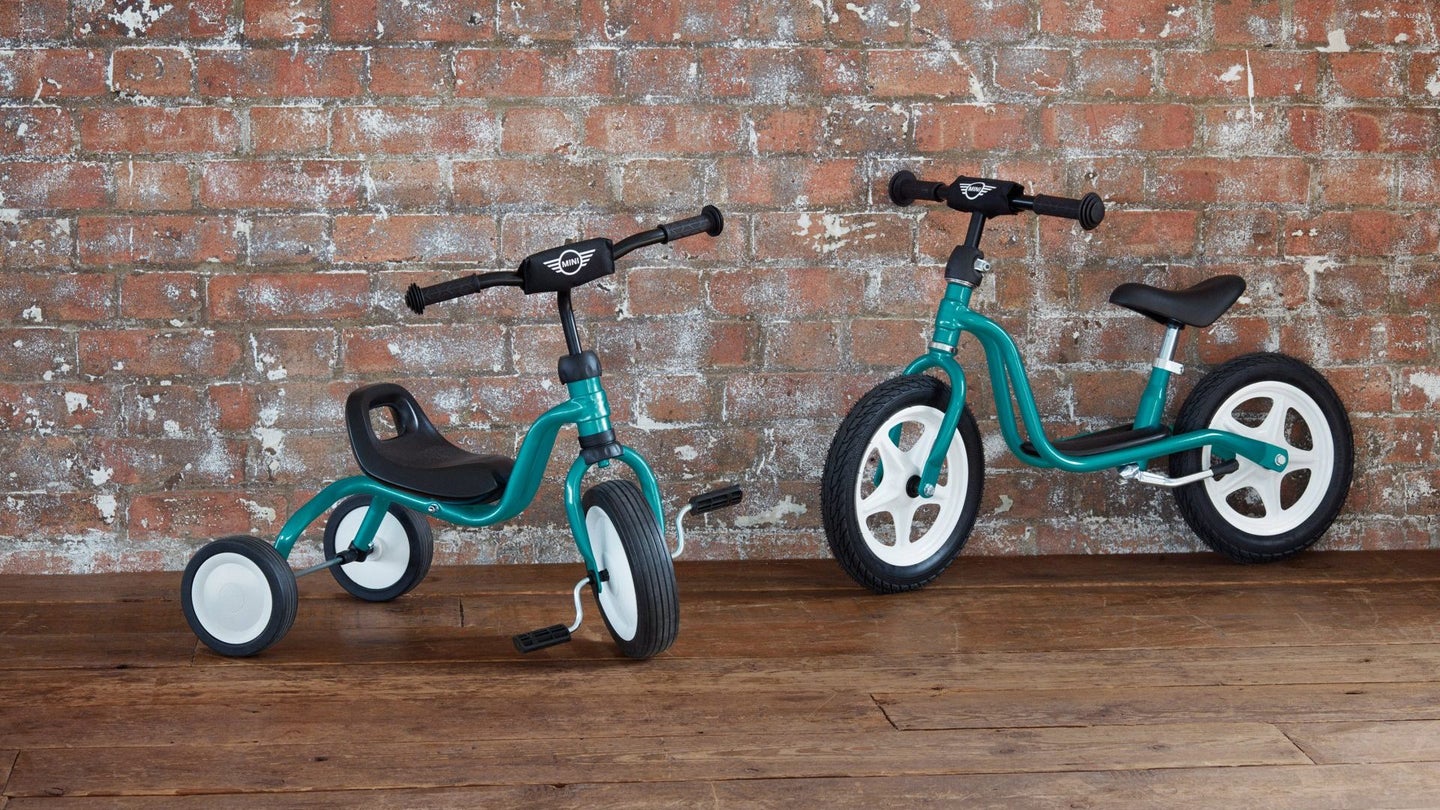 As we understand it, some people love their cars. It's therefore understandable that companies will capitalize on the fondness some harbor, with accessories like hats, mugs, and hoodies. Less fathomable is the decision by BMW to bring a kid-focused product line to market, complete with the branding of its Mini compact car subsidiary.

BMW seems to believe the children of Mini owners will be as enthused by their pseudo-British hatchbacks as their parents are, and that said ardor will manifest in a desire to wear overpriced clothing and play with Mini-badged toys.

It starts with a "craft set" consisting of a sheet of stickers, wheels to punch out, and a set of brass fasteners, used to secure wheels to the pieces of refuse that BMW suggests kids turn into an imaginary car. While it may sound like a prize found inside a box of store-brand cereal, the price suggests otherwise: Mini demands €12.00 (almost $15) for the set.

Should this not look fiscally irresponsible enough a way to spend your money, fear not, as the sticker set is but the second cheapest of the Mini-branded products available. As brass tacks are far from newborn-friendly, a tie-dyed onesie and matching cap with the Mini logo can also be purchased, for the princely sum of €35.00 (almost $44).

If your child is mobile and coordinated enough for their own pedal-powered playthings, Mini has that covered too, as it is willing to sell you a tricycle for €75.00 or a bicycle for €98.00, which amounts to about $93 and $128 respectively.

Childless students or graduates can instead opt to put themselves further into debt with the far-from-frugal Mini Cooper Hardtop Oxford Edition, though we don't know if it's available with the tacky Union Jack taillights of the updated Mini Cooper.