I'm sure he can afford basic motorcycle safety gear. I mean, he's got that Mission Impossible money. 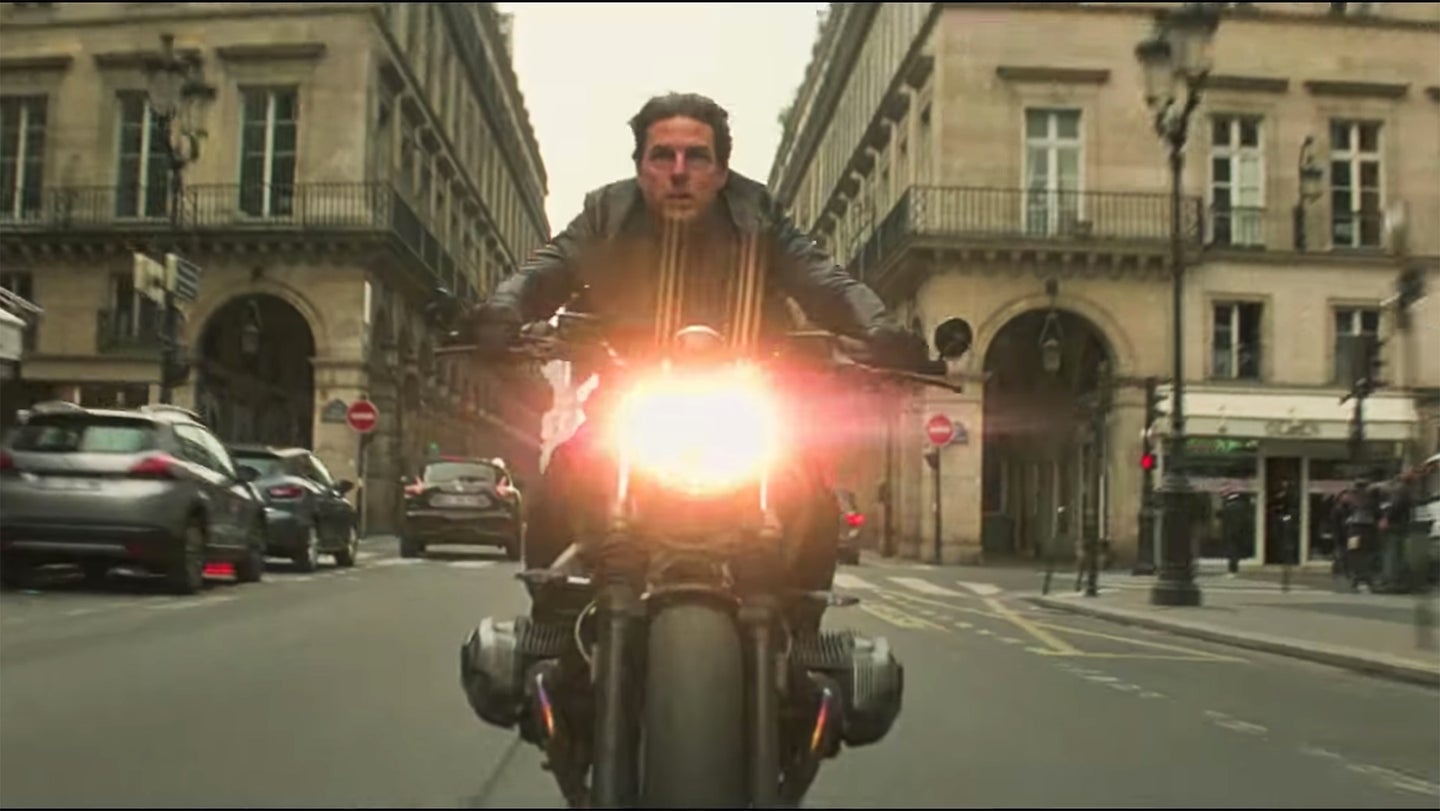 The Mission Impossible Fallout trailer aired during the Superbowl LII last Sunday. It’ll be the summer-blockbuster of its predecessors. The ultra-sexy trailer is filled with quick-cuts, rock music, and plenty of shots of Tom Cruise looking stern and strong, and taller than he actually he is. I like the movies… kind of, but what caught my attention in this trailer was Henry Cavill’s mustache. The other thing that caught my attention was yet another motorcycle chase scene, with no gear or helmet.

In between the body slams through mirrors and walls, is a BMW R nineT—which isn’t a traditional action-scene bike. BMW is to Mission Impossible what Chevrolet is to Transformers. They have to be essentially funding these movies now with their intense product placement. The idea started way back in Mission Impossible II, with a Triumph fight scene, before BMW got involved.

In the last installment, Mission Impossible 5: Rogue Nation, there's a similar BMW chase scene where Tom Cruiser isn’t wearing any gear. Not only no helmet, but he’s also wearing a Hawaiian shirt that flows like a cape, battling bad guys who were smart enough to wear full gear and full-face helmets. This time it’s a leather jacket he can’t seem to zip up.

Most chase scenes end with Cruise crashing, by simply rolling to a stop covered in dust, but without a scratch. He even does in this trailer too. Also, maybe we should buy him a better pair of gloves too, because I count at least three times he falls from a tall height.

I will say, after falling down the rabbit hole of YouTube behind-the-scenes videos of Mission Impossible productions, I'm impressed Tom Cruise does all of his own stunts.