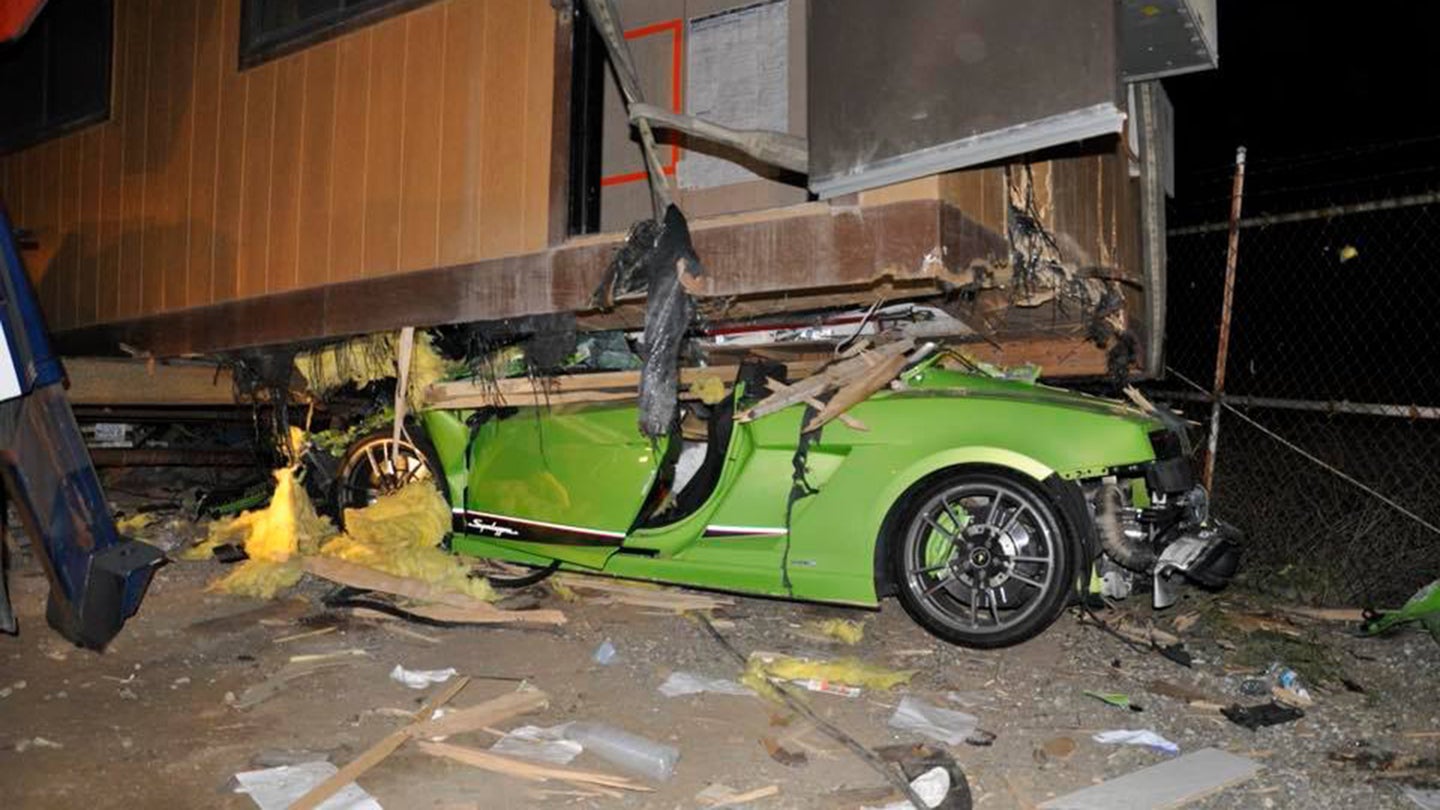 In what looks like a scene from a terrible, low-budget remake of The Fast and the Furious, an alleged drunk driver in California managed to wedge his Lamborghini Gallardo Superleggera entirely underneath a construction trailer after losing control and crashing over the weekend, according to the Costa Mesa Police Department.

Early Saturday morning, officers responded to reports of an accident at a construction site on the outskirts of town and arrived to find the bright green Gallardo Superleggera completely jammed underneath a mobile office trailer. The mostly uninjured driver, identified as 30-year-old Cesar Castro Rodriguez, had somehow crawled out and was wandering around the scene searching for his 25-year-old passenger.

Authorities began extricating the supercar from the tangle of wood and metal to rescue the second man, a process that took 45 minutes thanks to downed power lines and the unstable wreckage. Lamborghini never made a convertible Gallardo Superleggera, but firefighters finished the job for Sant'Agata when they chopped the roof off to finally access the passenger compartment. Unfortunately, all that work was for naught—it was empty.

Somehow, the passenger had also pulled himself out of the flattened car before first responders arrived and proceeded to stumble home on his own, where authorities found him with "minor injuries" a few hours later. Rodriguez was arrested for driving under the influence of alcohol, and it's safe to say the Lamborghini is a total loss.

People: Drive smart, and save the bright green Lambos.