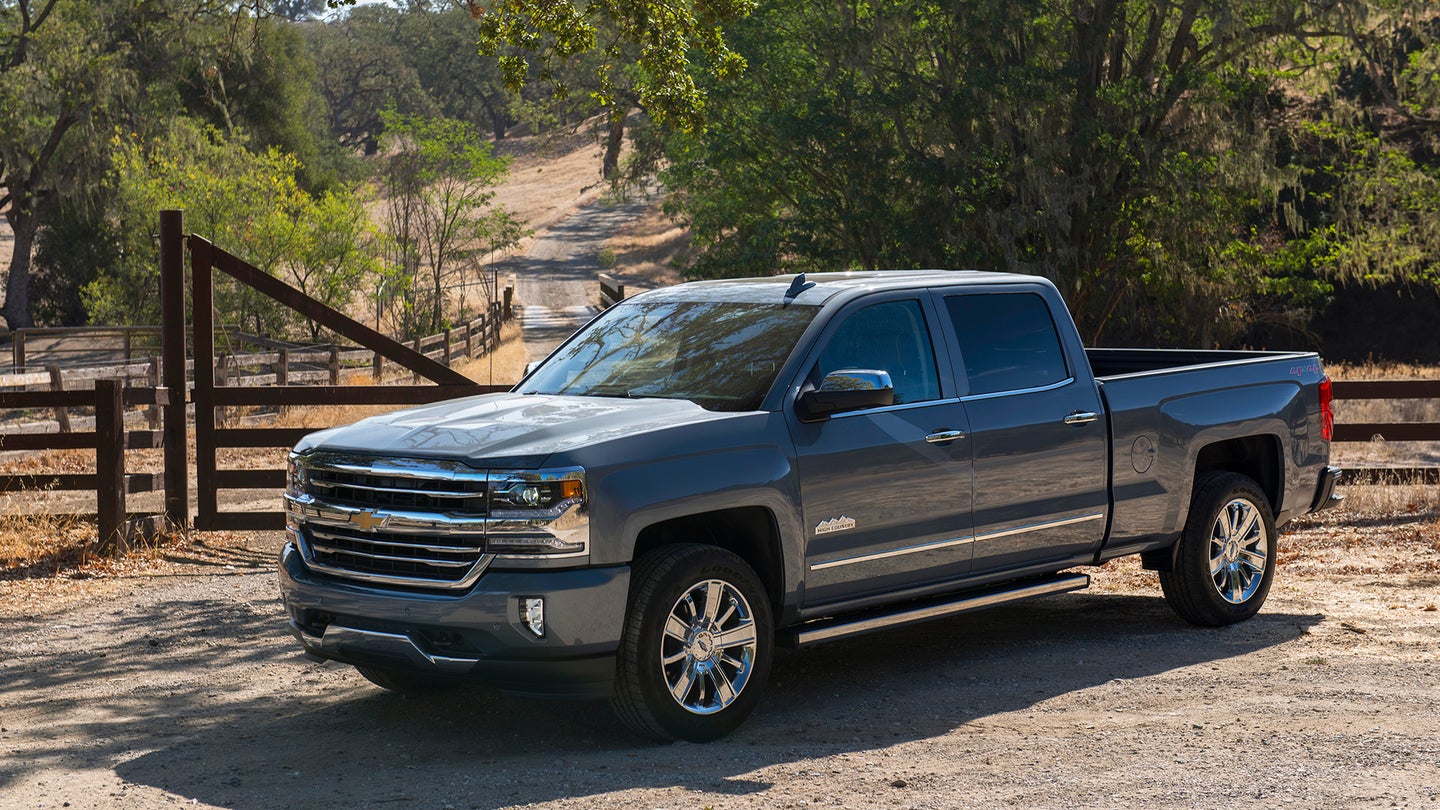 General Motors is developing carbon fiber beds for the premium trims on its pickup trucks as the high-end haulers continue to move upmarket, according to a new report in The Wall Street Journal. The lightweight beds could reportedly be ready in two years on the next generation of Chevrolet and GMC trucks.

The use of carbon fiber, which is stronger and much lighter than steel or aluminum, would take a material that's usually reserved for higher-end exotic cars and apply it to the most workaday of vehicles in a massive way. Pickup trucks sales make up about 15 percent of the overall automotive market in this country, and even though the company reportedly plans to save the carbon fiber bed option for its high-end trim levels, it would still be the largest use of the expensive material by a major American automaker to date—by far. General Motors sells around 800,000 full-size trucks a year.

That's important, because in addition to being a pricier material, manufacturing and shaping carbon fiber is also a much more complicated process than stamping metal. Accommodating this change could further bump up the price of the next-generation Chevrolet Silverado and GMC Sierra, perhaps pushing it into rarefied territory as only the second factory six-figure pickup truck behind the $100,000 Ford F-450 Super Duty Limited 4x4.

In addition to standing out from the crowd—which is more important than ever in the pickup segment these days—GM is pursuing carbon fiber technology to help boost its fuel economy numbers without turning to the use of an aluminum bed and body as Ford has done (and as Chevy has mocked in its commercials). The company will reportedly utilize a mix of materials, including aluminum doors, to help its new trucks meet their mileage targets. And the lightweight carbon fiber bed should be more resistant to dents, should an owner actually want to put their pricey truck through its paces.

It's not the first time General Motors has experimented with a new construction technique for its pickup beds. In the early 2000s, the company briefly offered a plastic composite "Pro-Tec" bed on the Chevy Silverado, selling it as an $850 option on certain trims. It was a massive flop, with sales falling below early projections by a factor of ten, and its development ended up costing the automaker tens of millions of dollars. The option was pulled after just two years.

It's safe to say GM isn't looking for a repeat of that debacle with this new technique, though whether it will have enough high-dollar takers to pay for its carbon fiber weaving machines (or more realistically, pay its suppliers) remains to be seen. The company declined to comment to the Journal.

Keep checking back in the coming weeks for more information on the next generation of General Motors' trucks, which are set to debut sometime in 2018 for the 2019 model year.

You can bet a year’s salary they will cost a whole lot more than the first Chevy truck.